Want To Be The Next Georgia Senator? Apply Now!

Georgia Gov. Brian Kemp needs to appoint a senator to fill Sen. Johnny Isakson’s seat until a special election in November 2020. He’s asking for applicants to submit their resumes online. 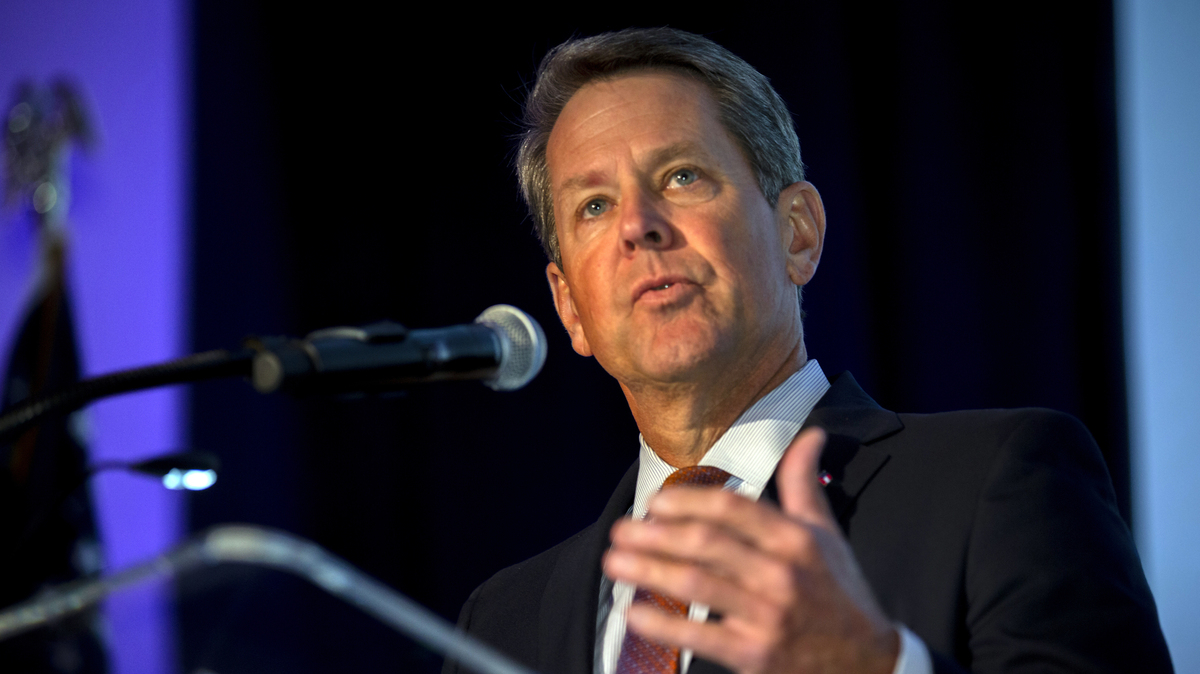 Georgia Gov. Brian Kemp needs to appoint a senator to fill Sen. Johnny Isakson’s seat until a special election in November 2020. He’s asking for applicants to submit their resumes online.

Isakson plans to leave the office he has held for nearly 15 years at the end of 2019 for health reasons.

In an effort “to ensure an open and transparent appointment process,” Kemp has opened an online application process for anyone eligible to submit their resume or C.V.

Within the first two days the governor had received nearly 200 applications, and they are all being made public.

“We will carefully vet the applicants and choose a person who best reflects our values, our state, and our vision for the future,” Kemp said in a statement.

Per the Georgia Constitution, any Georgia residents who have been U.S. citizens for at least nine years and are at least 30 years old are eligible.

Hopeful senators have ranged from a sitting Georgia Public Service Commissioner to a Home Depot sales associate, a line cook to a theatre technician, a Republican political talk show radio host (and one-time congressional candidate) to an elementary school principal, a Southwest Airlines pilot to a women’s gym owner.

One of the hundreds of applicants is Michael Ventimiglia. He works as a chef in a restaurant in Macon, Ga., and is known as the Blues musician Big Mike. He decided to apply because he says he’s a “person of the people.”

“I’m out in the street every day. I’m out in the bars. I play with a lot of people, bikers, always over to the Moose Lodge, the black clubs, and I hear what people are talking about, that most politicians don’t even come around, don’t come close to.”

He says politicians today play on division, hate and prejudice.

“And I think politicians keep a bunch of this stuff stirred up. So they can keep their job. Without hate and prejudice, they have nothing to do.”

He says his chances of getting the job are slim to none, but he likes the idea of possibly becoming a U.S. senator.

Another applicant is Stuart Frohlinger who lives in Athens, Ga., and retired from the finance industry. He calls himself a fiscally conservative and socially liberal Republican — and cares a lot about people’s personal finance. He is from New York and has lived in Georgia for about 2 1/2 years.

“Most people go through life without a financial plan, living either pay check to pay check or even if they have a lot of money they dribble it during the day,” he says, “they spend it. ”

“I think as a senator from Georgia, it’s one thing I rarely hear — the Georgia government really asking people to be more proactive with their own life’s finances,” he says. “People need to manage their finances better and not just think ‘I get older and will get social security and Medicare.’ That is not gonna happen that easily.”

The online application process “changes the complete dynamics on how we thought this [appointment] was going to play out,” said Georgia Republican communications strategist Brian Robinson.

“A lot of people who may have been in the private conversations with Kemp now aren’t going to want to put their name out there as someone who is perhaps not particularly happy with the job or elected office they have now,” he said.

The names of several sitting members of Congress, including Republican Rep. Doug Collins, and sitting state constitutional officers have been floated as potential appointees.

Collins confirmed Friday, according to The Hill, that he is seeking to be appointed to the seat.

Kemp’s office has not said whether formally applying is required. But Robinson said the governor risks making the process look “silly” if he does not select someone from the public applicant pool.

Tharon Johnson, a Democratic Georgia political communications consultant, said the decision to open an online application process could have been about logistics.

“I think that [the governor and his staff] were getting inundated with so many calls. So many people saying, ‘Pick this person, pick that person, hey I want it,’ ” he said.

In an earlier interview with WABE, Kemp said, “I’m obviously hearing from a lot of people that have interest or who have recommended people to me. There’s a deep, deep bench for us to pull from.”

Johnson added the move could negate a line of attack for Democrats, who will be running for the seat in 2020. “No matter who we selected, we were going to say, ‘Oh my God, look at who he selected, this process wasn’t transparent, it wasn’t open, the public didn’t have any input.’ ”

Per the Georgia Constitution, the governor’s appointee will only hold office until a special election is held in November 2020. That election will not have primaries, and the winner will face reelection again in 2022.

That means both of Georgia’s Senate seats are up for election next year.