Venezuelan soldiers and policemen who deserted to Colombia protest after being evicted from the hotel where they were staying in Cúcuta in May. More than 1,400 members of Venezuelan security forces fled the country in February and March. 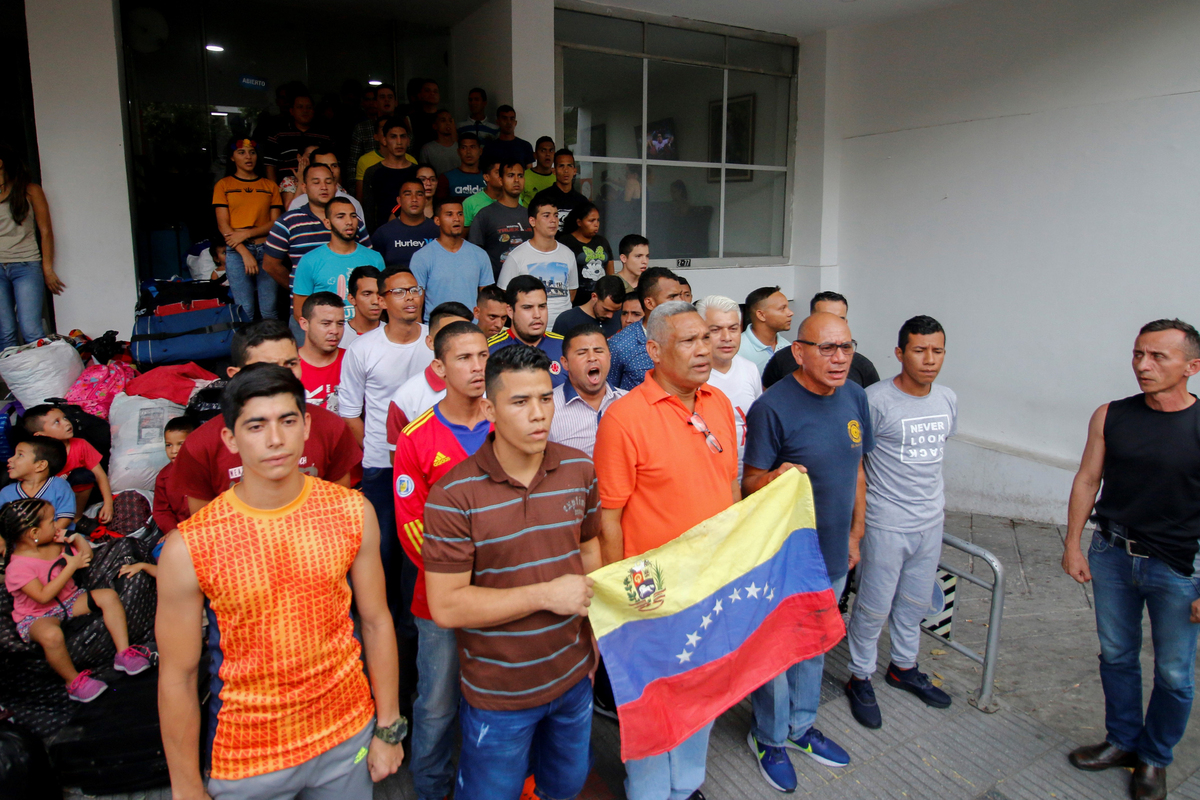 Venezuelan soldiers and policemen who deserted to Colombia protest after being evicted from the hotel where they were staying in Cúcuta in May. More than 1,400 members of Venezuelan security forces fled the country in February and March.

Jesús Parra spent four years as a police officer in the Venezuelan capital of Caracas. He patrolled the streets, provided security at events and even guarded political prisoners. Now, he parks cars at a funeral home for spare change in the Colombian city of Cúcuta.

This is not what Parra, 27, had in mind when he deserted the police force and sneaked across the Colombian border in March.

He made his move after Venezuelan opposition leader Juan Guaidó declared himself the country’s interim leader and called for the ouster of authoritarian President Nicolás Maduro. At the time, Parra said, it seemed like Maduro was teetering. Parra thought he and other defectors would receive military training, then return to Venezuela for the final push to bring down Maduro.

“But that didn’t happen,” he said in a recent interview. “We were left adrift.”

Parra was among more than 1,400 Venezuelan army, police and National Guard who fled to Colombia in February and March. Some dashed across border bridges and threw down their weapons. Others crossed on smuggling trails or waded across the Táchira River that forms part of the frontier. Most ended up in Cúcuta, Colombia’s largest border city and a hub for Venezuelan opposition activity.

The defectors were initially greeted as heroes by many Colombian authorities and citizens and were held up as evidence that the Venezuelan armed forces were deeply divided between pro- and anti-Maduro factions. Some of the security forces met with Guaidó, who made a brief visit to Cúcuta in February and is viewed by the defectors as their commander-in-chief.

The soldiers were expecting to receive instructions from Guaidó, who is recognized by the U.S. and about 50 other countries as Venezuela’s legitimate head of state. But the order to mobilize never came.

Some of the troops thought they would be used to help move tons of humanitarian aid across the border in February. But that operation fizzled as troops on the Venezuelan side blocked border bridges. Later, Guaidó’s call for a military uprising in Caracas on April 30 fell on deaf ears as the bulk of the Venezuelan armed forces remained loyal to Maduro.

Now, the Maduro administration and the opposition, which controls the legislature, say they are trying to negotiate a political solution to the standoff.

Three of the members of Venezuelan security forces who fled to Colombia walk through the Colombian city of Cúcuta in March. 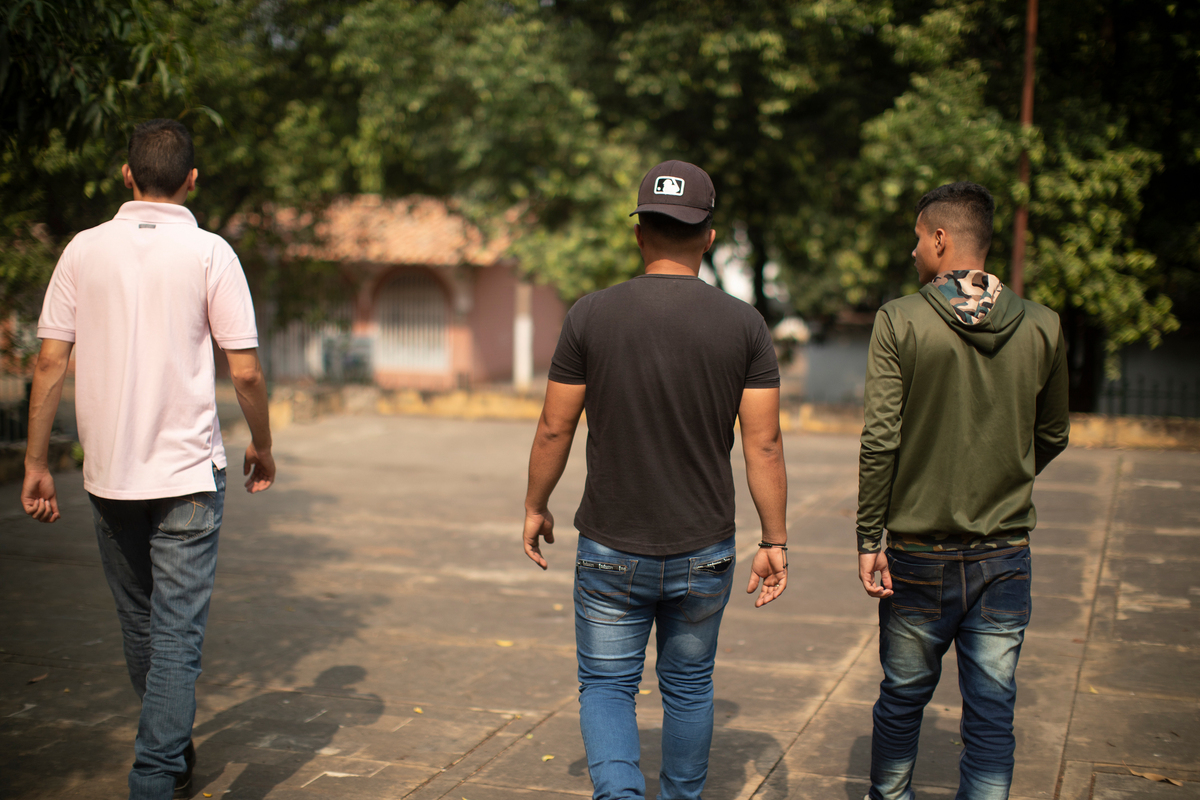 Three of the members of Venezuelan security forces who fled to Colombia walk through the Colombian city of Cúcuta in March.

All this has dampened enthusiasm for some kind of military incursion by defectors based in Cúcuta. One officer, who requested anonymity because he didn’t want to anger Colombian authorities, said the troops have received offers of weapons and training. But he said they may be coming from intelligence agents loyal to Maduro who are trying to spring a trap.

Although the Colombian government strongly backs Guaidó and is lobbying for leadership change in Caracas, it warns that Venezuelan soldiers who take up arms within its territory will be arrested.

“That would be totally rejected by our government and fully taken up by the appropriate authorities to apply corresponding legal measures,” Víctor Bautista, border director for Colombia’s Foreign Ministry, told Reuters in May.

All of this has National Guard Sgt. Emmanuel Núñez, who defected in February with his wife and 18-month-old son, feeling betrayed.

“I’m very disappointed,” he says. “I thought Guaidó had everything planned. But it’s all been improvised.”

Núñez and other defectors are now in a bind. Most have family back in Venezuela but would be arrested if they tried to go home.

“We are so close to Venezuela yet so far away,” says Alexander Badillo, 29, who left his post as an army sergeant who arrived in Cúcuta in February. “That’s how all of us exiles are feeling.”

Meanwhile, surviving in Cúcuta is also tough. The Colombian government is paying for their room and board at local hotels. It is encouraging the troops to leave for other countries or to find jobs in Cúcuta. It is also offering monthly rent stipends of about $35 for those who move out of the hotels.

But the troops have no extra money for basics like bus fare and medicine.

Many of the troops are looking for work. But Cúcuta has been overwhelmed with job-seeking migrants fleeing Venezuela’s worst economic crisis in history. Finding steady work is a major challenge, especially for troops who have little experience beyond the military operations.

“To get work, you need to be recommended by someone. But all of our family and friends are back in Venezuela,” Badillo says.

Some of the troops sell gum and other candy on the streets. One army colonel now carries a billy club and works 12-hour shifts as a bouncer and security guard at a Cúcuta casino.

“We are trying to make an honorable living, to be peaceful and hardworking. But it’s been really difficult,” he says. The colonel asked that he not be identified by name to protect his family in Venezuela.

Such hardships have been widely publicized by the pro-Maduro media in Venezuela. As a result many troops in Venezuela are convinced that deserting would be a mistake, says Jesús Ramírez, a National Guard sergeant who fled to Cúcuta in February. Some loyalist troops cross the border in civilian clothes to shop for food and medicine that are short supply in Venezuela.

“I’ve told many of them that they should leave, but they don’t want to,” Ramírez, 28, says as he loiters in a Cúcuta park. “They prefer to be with their families.”

Some of the troops have moved on to other Colombian cities or to other countries.

Even so, many of the defectors claim to be at peace with their decision to come here. They remain loyal to Guaidó and aspire to continue their military careers back in Venezuela under a new government.

Among them is Henry Zambrano, who was an army lieutenant in Venezuela and now works at a store selling plastic supplies in the Colombian border city. He is convinced Maduro’s days are numbered and that soon he’ll be back in Venezuela. He says: “I haven’t lost faith that we are going to take back our country.”

Henry Zambrano was an army lieutenant in Venezuela and now works at a store selling plastic supplies in Cúcuta, Colombia. 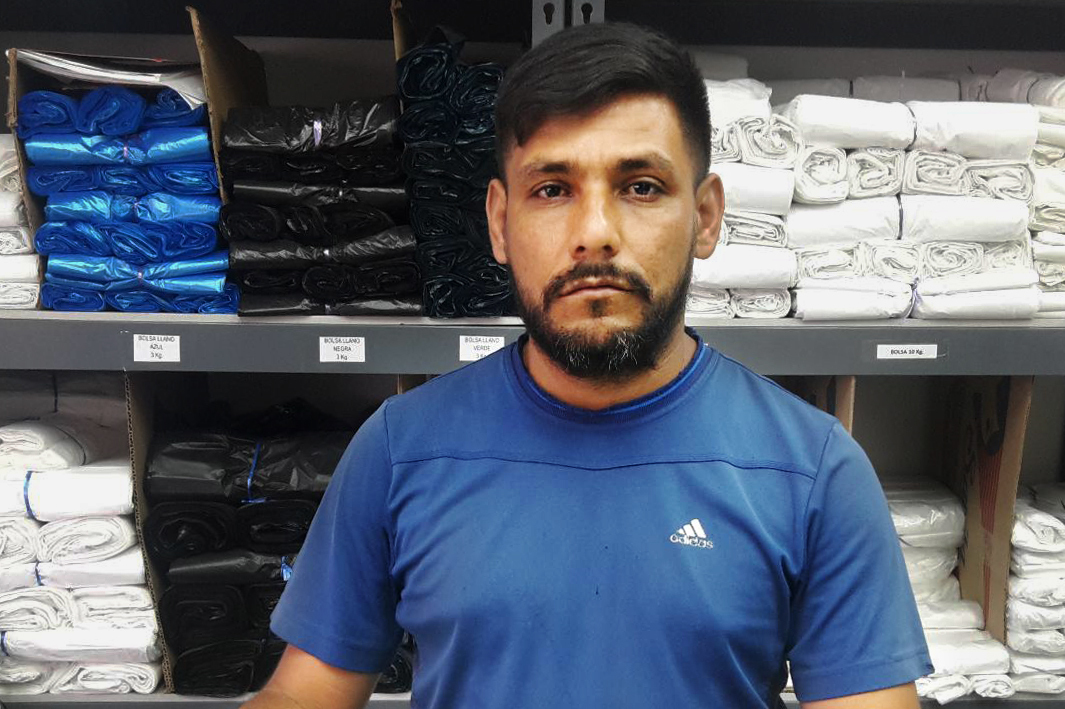 Henry Zambrano was an army lieutenant in Venezuela and now works at a store selling plastic supplies in Cúcuta, Colombia.