Pressure has mounted on Virginia Gov. Ralph Northam to resign after publication of a racist yearbook photo. 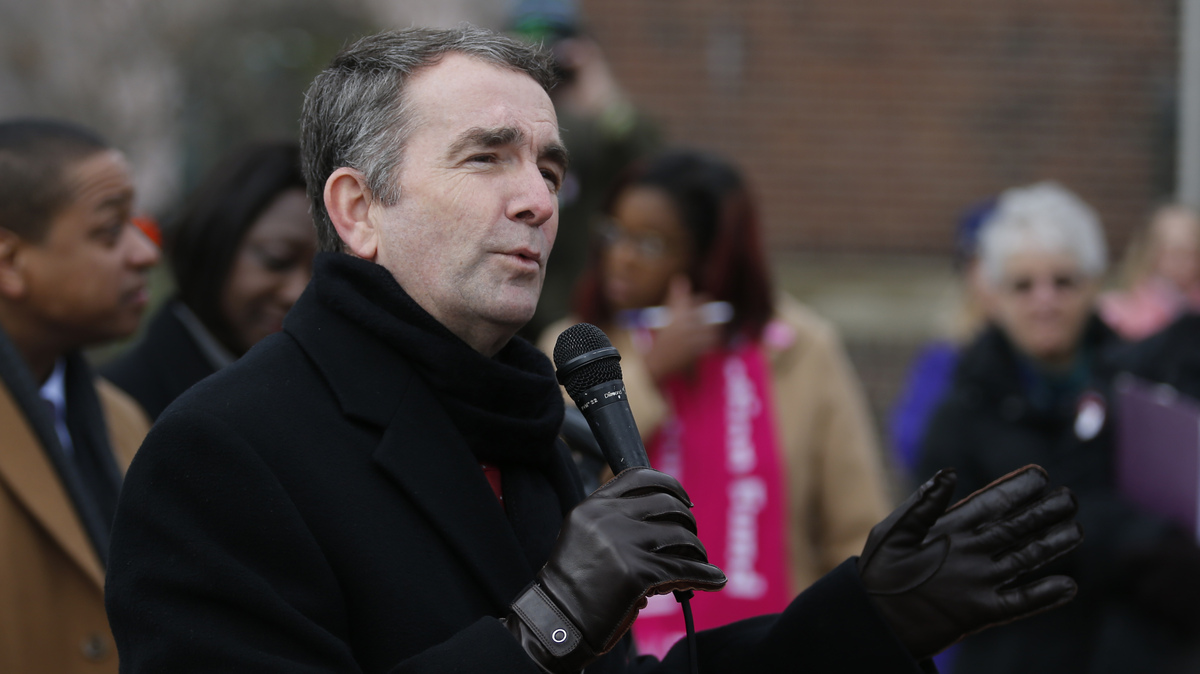 Pressure has mounted on Virginia Gov. Ralph Northam to resign after publication of a racist yearbook photo.

Resisting calls to resign, Gov. Ralph Northam of Virginia says he has no recollection of appearing in a racist yearbook photo, despite acknowledging on Friday he was one of two people pictured in the more than 30-year-old image.

The photo shows two individuals, one dressed in blackface and another as a member of the Ku Klux Klan, and appears on his 1984 yearbook page from Eastern Virginia Medical School.

“I am telling the truth today, that was not my photo,” Northam said.

Northam went on to say his “personal history mirrors that of this commonwealth … In the place and time where I grew up, many actions that we regard as abhorrent today, were commonplace.”

He said that around the time yearbook was published, he competed in a dance contest appearing as Michael Jackson and “put some polish on my face.”

Northam says he has changed and grown since then, and is resisting growing calls to step down as governor. “I have made significant progress in how I approach these issues,” Northam said.

Northam also commented on reports about an earlier yearbook from the Virginia Military Institute that listed the nickname “Coonman,” a term sometimes used as a racial slur, beneath his photo.

NPR visited the Virginia Military Institute and viewed yearbooks that listed “Coonman” as a nickname for Northam. In his press conference, the governor said two classmates called him “Coonman.” Northam said he doesn’t know what they meant, and regretted it.

A spokesperson for the office of Virginia State Sen. Louise Lucas, a Democrat, told NPR that Northam reached out “to Senator Lucas to say it’s not him in the picture, and he is not resigning.”

Nonetheless, the chorus of lawmakers calling for Northam to step down continues to grow louder.

“[T]he events of the past 24 hours have inflicted immense pain and irrevocably broken the trust Virginians must have in their leaders,” they said in a statement. “He should step down and allow the Commonwealth to begin healing.”

The statement followed similar calls from state lawmakers in Virginia.

The Virginia Democratic Party had earlier said Northam should resign, and top Republicans in the Virginia General Assembly have also said he should step down.

U.S. House Speaker Nancy Pelosi, D-Calif., also called for Northam’s resignation on Saturday, saying the yearbook photograph is “racist and contrary to fundamental American values.” She said via Twitter that she is joining her colleagues in Virginia in calling for Northam to “do the right thing.”

The photo is racist and contrary to fundamental American values. I join my colleagues in Virginia calling on Governor Northam to do the right thing so that the people of the Commonwealth of Virginia can heal and move forward.

President Trump responded to the image as well, writing on Twitter:

“Democrat Governor Ralph Northam of Virginia just stated, ‘I believe that I am not either of the people in that photo.’ This was 24 hours after apologizing for appearing in the picture and after making the most horrible statement on ‘super’ late term abortion. Unforgivable!”

On Friday the Virginia Legislative Black Caucus released a statement that read, “We are still processing what we have seen about the Governor but unequivocally say that what has been revealed is disgusting, reprehensible, and offensive. We feel complete betrayal. The legacy of slavery, racism, and Jim Crow has been an albatross around the necks of African Americans for over 400 years.”

“These pictures rip off the scabs of an excruciatingly painful history and are a piercing reminder of this nation’s sins,” the statement continued. “Those who would excuse the pictures are just as culpable.”

Lamont Bagby, the Democratic chair of the Legislative Black Caucus in Virginia, told NPR the photo’s revelation was a “real gut check” because Northam was so well-regarded. “We absolutely love the man,” he said.

Bagby said he is still in shock, and “reconciling the man that [Northam] was, and the man that he is today. I can’t imagine the man I know today participating in that.”

The photo “represents hate in the worst way,” according to Bagby, who said it’s been “very painful, for many members of my caucus, that actually can recall being rushed from the home because of a threat from the Ku Klux Klan.”

Bagby said for members of the African-American community and many people in the commonwealth, “black face was never acceptable and it is not acceptable.”

Francesca Leigh Davis helped organize the demonstration, and had these words for Northam: “We trusted you. Maybe you have changed. People do. But we believe in reconciliation. A black man stands behind you. Step away so he can step forward. Resign today.” Davis was referring to Virginia’s African American Lt. Gov. Justin Fairfax.

Party leaders wanted to give Northam “space to resign on his own terms,” according to a senior congressional staffer for a Virginia Democrat who spoke with NPR. “However, he seems to be digging in his heels”

The staffer pointed out that Lt. Gov. Fairfax, who would assume Northam’s place if he steps down, is the descendant of slaves, and will help in the healing process for the state and party.

In a statement on Friday evening, Northam said, “I am deeply sorry for the decision I made to appear as I did in this photo and for the hurt that decision caused then and now.”

In a subsequent video, Northam said his behavior “falls far short of the standard you set for me when you elected me to be your governor,” and that he is “ready to do the hard work of regaining your trust.”