The United States Department of Agriculture announced on Tuesday it will discontinue a research program that involved killing thousands of cats. The agency has been under pressure to put an end to the program. 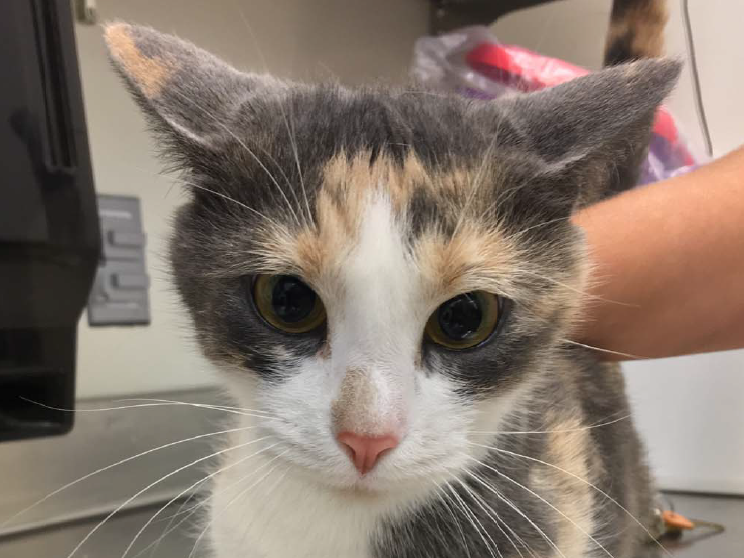 The United States Department of Agriculture announced on Tuesday it will discontinue a research program that involved killing thousands of cats. The agency has been under pressure to put an end to the program.

The U.S. Agriculture Department announced Tuesday that it’s putting an end to a controversial research program that led scientists to kill thousands of cats over decades.

Since 1982 the USDA’s Agricultural Research Services division had been conducting experiments that involved infecting cats with toxoplasmosis — a disease usually caused by eating undercooked contaminated meat — in order to study the foodborne illness. Once the cats were infected, and the parasite harvested, the felines were put down.

In a statement announcing the decision, the agency said “toxoplasmosis research has been redirected and the use of cats as part of any research protocol in any ARS laboratory has been discontinued and will not be reinstated.”

Additionally, the USDA said it is in the process of putting the 14 remaining uninfected cats up for adoption by agency employees.

The experiments came under increasing scrutiny over the last year and public outcry intensified over recent weeks in the wake of a report by the White Coat Waste Project that found the USDA’s researchers also forced the lab cats to eat dog and cat meat obtained in overseas markets.

The aim of that seemingly gruesome practice — dubbed “kitten cannibalism” by critics — was to understand how widespread the parasitic disease is in animals around the world, Justin Goodman, vice president of the White Coat Waste Project, a group that works to end government animal testing, told NPR.

“We are elated that after a year of campaigning we have relegated the slaughter of kittens to the litter box of history,” Goodman said.

He said the organization obtained details about the agency’s active protocols through a Freedom of Information Act request “that detailed how the USDA was breeding 100 kittens a year in a Maryland lab.”

“At eight weeks, [scientists] would feed them infected meat, harvest parasitic eggs from their feces to be used in other experiments, then kill them,” Goodman said.

He estimates more than 3,000 cats have been killed since the founding of the research program at a cost of about $22 million to taxpayers.

“Kittens become immune after two weeks and still the USDA was incinerating them,” Goodman said.

Kim Kaplan, a USDA spokeswoman, told NPR 239 cats were euthanized between 2013 to 2018, adding that the lab discontinued infecting cats in September.

The nonprofit group’s reporting brought widespread attention to the controversial program, and resulted in bipartisan legislation to ban animal testing by the USDA. In May, Reps. Mike Bishop, R-Mich., and Jimmy Panetta, D-Calif., introduced a bill called the “Kittens in Traumatic Testing Ends Now Act of 2018,” also known as the KITTEN Act, to stop the USDA from using cats and kittens in experiments. That was followed in December by a Senate version of the bill, introduced by Sen. Jeff Merkley, D-Ore.

“The USDA made the right decision today, and I applaud them for their willingness to change course,” Merkley said in a statement. “It’s a good day for our four-legged friends across America,” he said, adding that it was past time the “archaic practice and horrific treatment” was stopped.

Panetta responded to the announcement saying, “I commend the USDA for their decision to end this type of testing on kittens. They listened to the people and responded appropriately to our concerns. This is how our institutions, our government, and our democracy should and must work.”

“With all the awful reports coming out, it was clear that Americans opposed USDA’s cruel testing on kittens. This is a decisive victory against government animal abuse and wasteful spending,” Rep. Brian Mast, R-Fla., another cosponsor of the House bill, said on Wednesday.

Mast also thanked Agriculture Secretary Sonny Perdue “for his leadership in ensuring no more kittens are ever used in research and that the last cats remaining at USDA can be adopted.”

According to the USDA its research has helped to cut the prevalence of the Toxoplasma gondii parasite by as much as 50 percent in the U.S. The Centers for Disease Control and Prevention estimates more than 40 million Americans may be infected with the parasite. While the vast majority of those infected have no symptoms, it can be deadly for people with weak immune systems, such as children and HIV patients.

The USDA said it is “continually assessing our research and priorities and aligning our resources to the problems of highest national priority.”

“Over the course of this research, [the Agricultural Research Service] worked to minimize reliance on cats,” the USDA said.

As recently as November, an independent panel advising the USDA ruled that the risk to human health was too great to allow infected cats to be placed for adoption.

It is the same panel that recommended that cats that were never infected should be made available for adoption.