UAW Votes For Nationwide Strike To Begin Before Midnight Sunday

The United Auto Workers said on Sunday that a nationwide strike will begin before midnight. The move comes after the union and General Motors failed to agree on a new contract. 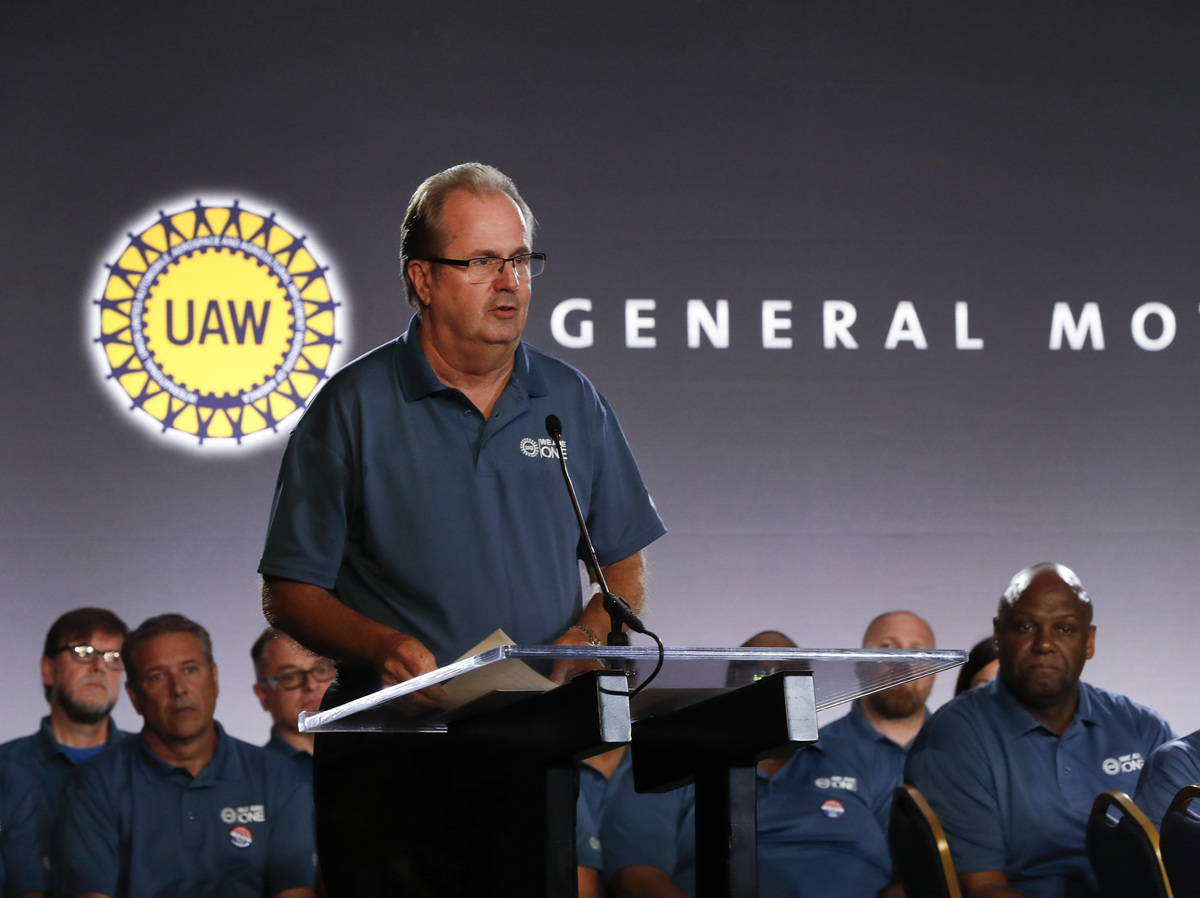 The United Auto Workers said on Sunday that a nationwide strike will begin before midnight. The move comes after the union and General Motors failed to agree on a new contract.

The United Auto Workers announced that a nationwide strike will begin just before midnight on Sunday. The move comes after failing to agree to a new contract with General Motors over wages, health care and profit-sharing.

Production across the U.S. is expected to be halted, affecting nearly 50,000 workers, which is anticipated to idle U.S. production until both sides agree to a new contract.

“At midnight tonight, the picket lines will go up,” the UAW’s Brian Rothenberg said at a news conference in Detroit on Sunday. “But basically, when the morning shift would have reported for work, they won’t be there. The picket lines are being set up.”

On Saturday, union officials allowed their contract to lapse just before midnight. GM leadership has sought to slash the company’s health care costs, but union leadership said workers refuse to agree to a contract that makes health care more expensive.

“While we are fighting for better wages, affordable quality health care, and job security, GM refuses to put hard working Americans ahead of their record profits,” UAW Vice President Terry Dittes said in a statement. “We don’t take this lightly.”

Kristin Dziczek, vice president of the Center for Automotive Research, an independent research organization, said both sides are looking at the prospect of a weakening economy.

“The company and the union look at the very same set of economic fundamentals and see the same writing on the wall and have different motivations,” Dziczek said.

“The company looks at that and says, ‘Well, if we hit a downturn, we want to be able to have contingent compensation, so we don’t get locked into paying higher costs if the market softens.’ That same set of economic facts drives the union to want more guaranteed and certain compensation: base wage increases,” she said.

Dziczek said the strike would have to last more than a month to affect inventory at car dealerships. But she said the impact will ripple fast across North America.

“There’s great reliance on cross-border trade in engines and transmissions and other parts to support production in Canada and Mexico, so it wouldn’t take long before Canada and Mexico were also shut down,” she said.

Some of the major sticking points include the cost of health insurance and pay raises demanded by workers. GM made $8.1 billion in profits last year.

GM has announced closing four factories and the union has been fighting those decisions. GM says the average hourly employee makes around $90,000 a year. The UAW’s Ted Krumm said the union will not make concessions.

“This strike is about us. It’s about standing up for fair wages, for affordable, quality health care, for our share of profits and for our job security,” Krumm said at a Sunday press conference.

The move to strike comes as legal troubles follow the union. A federal corruption scandal has led to guilty pleas by five people in the UAW. The FBI has raided the home of Gary Jones, the union’s current president. Some workers have called on Jones to step down amid the probe, which has accused some union officials of hiding bribes and embezzling money from the union.