President Trump’s accounting firm was ordered Friday by a federal appeals court in Washington to turn over some of his financial records to the House Oversight Committee. 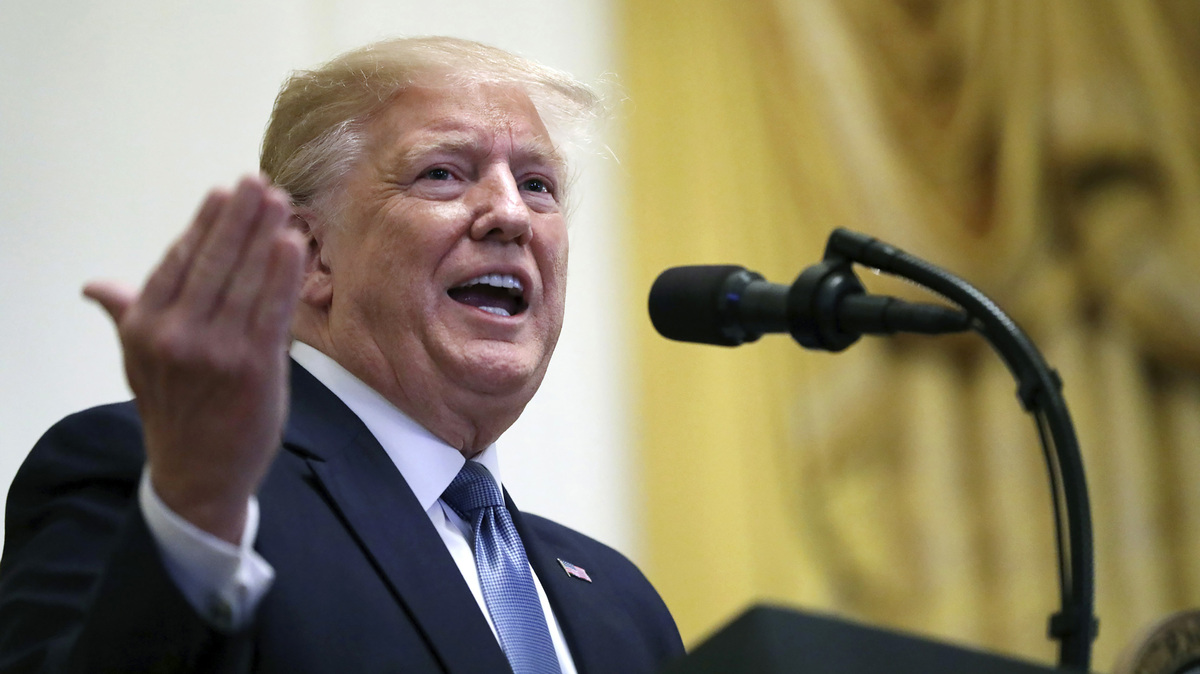 President Trump’s accounting firm was ordered Friday by a federal appeals court in Washington to turn over some of his financial records to the House Oversight Committee.

A federal appeals court in Washington, D.C., ruled Friday that President Trump’s longtime accounting firm must comply with a congressional subpoena for some of Trump’s personal financial records.

Daniels has said the money — $130,000 — was in exchange for her silence about their relationship. Later, in testimony before the Oversight Committee, Trump’s onetime lawyer Michael Cohen acknowledged being the conduit for the payment and went on to raise further questions about Trump’s financial disclosures.

Trump and several of his business entities sought to block the subpoena in court. They lost, appealed, and on Friday lost before a three-judge panel of the U.S. Court of Appeals for the District of Columbia.

“Contrary to the President’s arguments, the Committee possesses authority under both the House Rules and the Constitution to issue the subpoena, and Mazars must comply,” wrote Judge David Tatel.

The court said that the subpoena was not a mere fishing expedition, as Trump alleged, but an effort to see whether there are loopholes in the current financial disclosure laws that cover the president that need to be plugged.

Citing a variety of cases involving President Richard Nixon’s papers and conduct and President Bill Clinton’s, the court said that the subpoena is in pursuit of a valid legislative purpose.

Dissenting was Trump appointee Neomi Rao, a former Trump administration official who is viewed as a potential Supreme Court pick if there is a high court vacancy. She said that if the subpoena at issue were to be honored, it would turn Congress into “a roving inquisition over a co-equal branch of government.” Congress, she maintained, can only subpoena material from a president during an impeachment proceeding.

To that, Tatel responded that “nothing in the Constitution or case law … compels Congress to abandon its legislative role at the first scent of potential illegality and confine itself exclusively to the impeachment process.”

“Disputes between Congress and the President are a recurring plot in our national story,” the court majority concluded. That is “precisely what the Framers intended.” They sought to balance the powers between the three branches of government to “save the people from autocracy.”

Friday’s decision is the first in a series of lower court decisions to reach an appeals court, but it will not be the last. The Federal Appeals Court based in New York has a similar case pending before it. In that case, Trump sued Mazars and New York District Attorney Cyrus Vance in an attempt to block Mazars from producing Trump’s tax returns for a grand jury that is investigating whether any New York laws were broken by the hush money paid to Stormy Daniels, whose real name is Stephanie Clifford.

On Monday. Trump lost the first round of that litigation. Judge Victor Marrero, in a 75-page ruling, said the writers of the U.S. Constitution were careful in “shunning” the all-encompassing immunity claimed by the British king, and they wrote a constitution that ensured an American president would not have similar power.

Marrero’s decision is on hold for the moment. Trump’s lawyers immediately filed an emergency appeal, and the 2nd Circuit granted a temporary stay.

As these cases begin to pile up, the likelihood is that one or more of them will eventually reach the Supreme Court.