Deputy Attorney General Jeffrey Rosen with Hugh Hurwitz, left, acting director of the Bureau of Prisons, and David Muhlhausen, director of the National Institute of Justice, at DOJ in Washington. 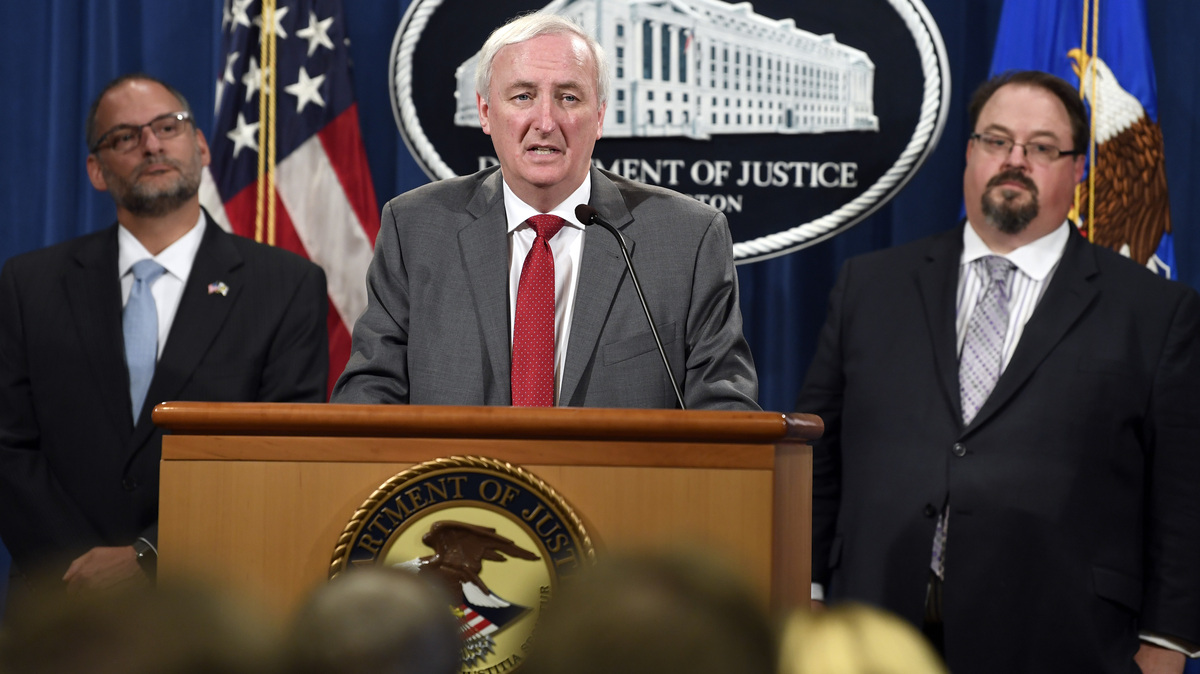 Deputy Attorney General Jeffrey Rosen with Hugh Hurwitz, left, acting director of the Bureau of Prisons, and David Muhlhausen, director of the National Institute of Justice, at DOJ in Washington.

Most of the offenders being freed have been convicted of drug-related crimes, and have been living in halfway houses across the United States in preparation for their release, acting BOP chief Hugh Hurwitz told reporters at a news conference in Washington.

Approximately 900 of the inmates are subject to immigration detention, and their fate now will be up to states or the Department of Homeland Security, he said.

The Justice Department announced that 250 more inmates who are elderly or terminally ill have transitioned into home confinement or compassionate release programs since President Trump signed the law last December.

Those programs existed in some form before the First Step Act, but advocates for prisoners and their families said they were used only sparingly and now are somewhat easier to access.

“The department intends to implement this law fully and on time, with the goal of reducing crime, enhancing public safety and strengthening the rule of law,” said Deputy Attorney General Jeffrey Rosen.

Authorities also unveiled a new risk assessment tool designed to identify prisoners who could benefit from prison programming that would allow them to win credits that count toward early release under the law.

Inmates will be reassessed every six months under that new program.

The Justice Department enlisted a think tank, the Hudson Institute, to assist with the assessment effort. But that decision has come under fire from key Democrats in Congress.

“We are concerned that the selection of a biased organization lacking requisite expertise may reflect a lack of intent to diligently and effectively implement the bipartisan criminal justice reforms,” they said.

Advocates seeking to overhaul the federal system welcomed news Friday that the Justice Department is moving ahead to implement the First Step Act. But they said they have ongoing concerns about funding and oversight, and they want Congress to hold the administration accountable.

Attorney General William Barr has been the subject of criticism that he holds outdated views about crime and punishment from the earlier era when he served as attorney general.

“There’s a lot of skepticism over whether this Justice Department is going to fully implement the law,” said Inimai Chettiar, legislative and policy director for the Justice Action Network.

“We definitely believe that Congress needs to step in and ensure that this is happening and to also fully fund the law because the only way that these recidivism reduction programs are going to be effective is if they are fully funded.”

Still, groups that work with inmates and their families said that whatever its failings, the First Step Act is making a difference.

“Every day of freedom is important,” said Kevin Ring, president of the group Families Against Mandatory Minimums. “We’re happy for the families who get to welcome home their loved ones a few weeks or months early.”