Art thieves tried to steal a painting by Pieter Brueghel the Younger (1564-1638), but the artwork, titled The Crucifixion, had been switched out for a copy. 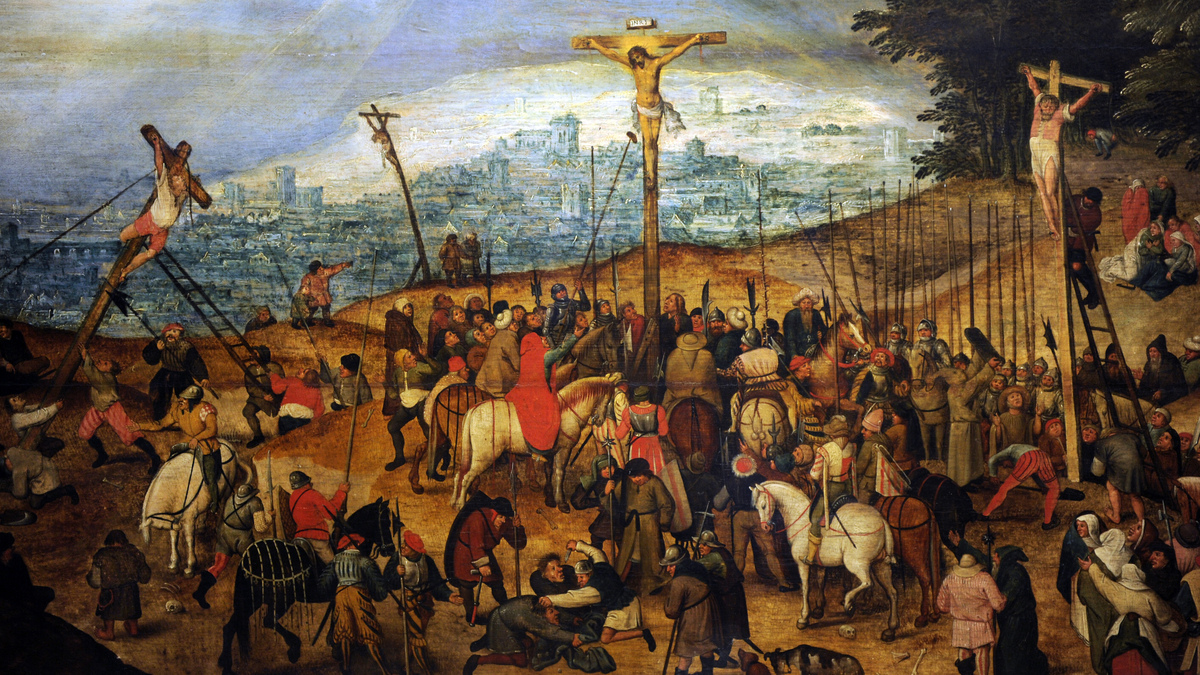 Art thieves tried to steal a painting by Pieter Brueghel the Younger (1564-1638), but the artwork, titled The Crucifixion, had been switched out for a copy.

Art thieves stole a Flemish masterpiece valued at 3 million euros from a small Italian town church last week. Or so they thought.

To their surprise, the painting they stole was actually a fake. Town leaders and the Carabinieri, Italy’s military police, had been tipped off about the planned heist and replaced the original painting, Pieter Brueghel the Younger’s The Crucifixion, with a replica.

Out of around 8,500 residents of Castelnuovo Magra in Liguria, only a few knew about the switch.

“You have to believe me. I was not informed,” town council member Francesco Marchese told NPR’s Lulu Garcia-Navarro. “Even if I am in the town council of the municipality, only the mayor and the priest … were informed by the police that there were some rumors about the fact the painting could be stolen.”

The 17th-century painting was donated to the town by a rich family over a century ago and is a source of pride for many local residents.

“When you are a not-so-rich community, a community of hard-worker people, having something important for the worldwide community, in a way, it’s a matter of proudness,” he said.

That might be why when some of the townspeople guessed something wasn’t quite right with the copy, they kept their suspicions a secret as the police waited for the heist to occur.

After the theft, the police ordered those in the know to keep quiet. Both the Carabinieri and the town’s mayor initially told newspapers that the loss of the famous artwork was a blow to the community. That is, until it was leaked to the media that the stolen painting was a copy.

This wasn’t the first time thieves targeted the painting. It was stolen in 1981 from the same church but was recovered a few months later.

The thieves haven’t been caught yet, but the painting they took is worthless. Until the investigation into the theft is finished, the original painting will remain in safekeeping at an undisclosed location.

“[The thieves] discover that police can be smart, and also the people of the community and the priest can be smart to avoid such things,” Marchese said. “So I hope this is going to be a lesson.”

NPR’s Sophia Boyd and Lynn Kim produced and edited this story for broadcast.