The Tell-All Book That Could Trump Them All: The Mueller Report

Robert Mueller testifies before Congress in 2013. A redacted version of Mueller’s report as special counsel was released on Thursday. 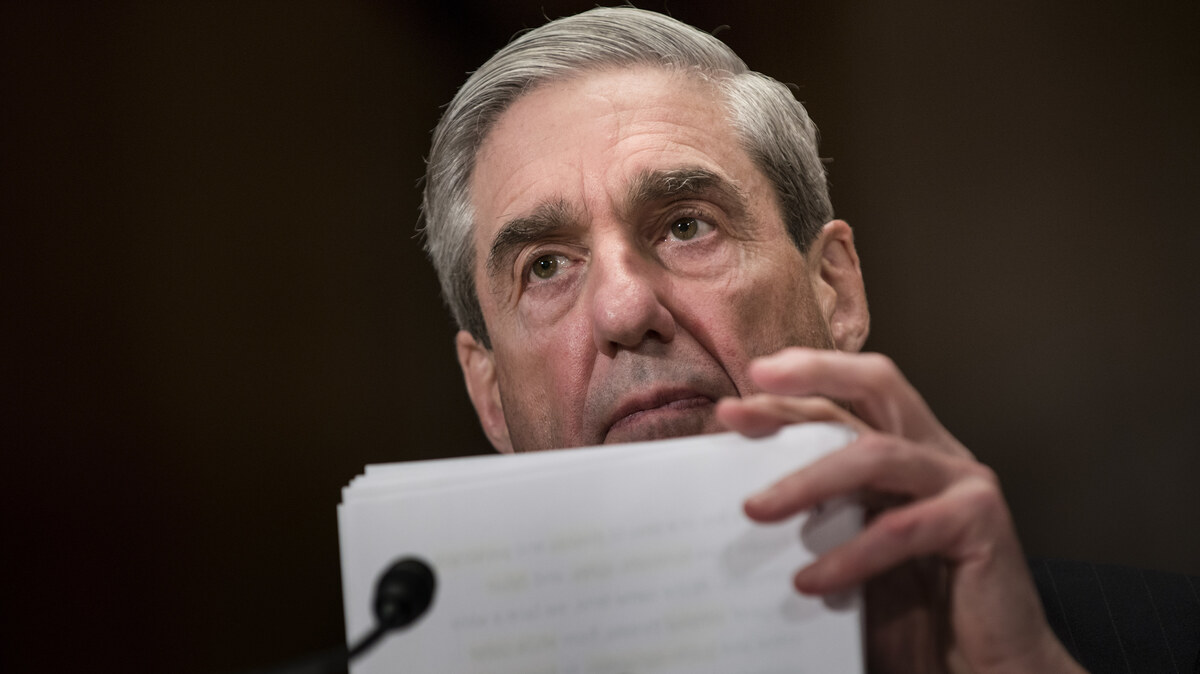 Robert Mueller testifies before Congress in 2013. A redacted version of Mueller’s report as special counsel was released on Thursday.

The latest book-length tell-all on life inside President Trump’s White House has appeared, and it’s just as unsparing about dysfunction and deception as all those earlier versions by journalists, gossip mavens and former staffers. Maybe more so.

The difference is that the president likes this one.

Or at least he says he likes it. And it’s probably not because of the catchy title (Report on the Investigation Into Russian Interference in the 2016 Presidential Election), or any previous works by the author, Special Counsel Robert S. Mueller III.

More likely it’s the ending of the story that the president likes, or what he takes to be the ending.

But it actually isn’t the way the Mueller report ends.

It’s not even the way it ends in the very first review anyone wrote of this 448-page publication. That was, of course, the four-page review penned in March by Attorney General William Barr. That review did say the book ended with the president not being indicted. But we’d already had a spoiler alert on that because it’s the viewpoint of the Justice Department that a sitting president cannot be indicted. Not much of a surprise there.

That was way back in 2018, when Barr was a private citizen but felt free, as a former attorney general under President George H.W. Bush, to share his strong views with the current management at Justice.

Few authors get to pick who will provide the exclusive first review of their work, and Mueller didn’t either. That choice was made by the principal character in the story, the president himself.

Trump got to choose who would get the first crack at interpreting this soon-to-be-best-seller when he chose William Barr to be his new attorney general.

That choice might have been made soon after Trump fired his first attorney general, former senator Jeff Sessions. It might have been made even sooner, possibly after hearing about Barr’s 19-page memo. Suffice it to say there have been few cabinet-level appointments in this administration that worked out better for the president.

None of these orders was carried out, as Mueller observes, and that disobedience may now constitute Trump’s best defense against a charge of obstructing justice. That, and the Justice Department view that a sitting president cannot be so charged in the first place.

Interest in the report, and especially in portions redacted by Barr and underlying documents and other evidence not yet seen, has not decreased – despite the president’s attempts to give away the ending.

Among those clamoring for a chance to review it are several relevant committees from Congress. The House Judiciary Committee is bound to get special attention, as that is where hearings would be held on a resolution of impeachment.

The I-word has been in the air on Capitol Hill since the Mueller probe began, largely because obstruction of justice was a crucial part of the charges the last two times Congress got serious about taking down a president.

The most recent one of these involved President Bill Clinton’s 1998 grand jury testimony about his affair with a White House intern. Before that, it was President Richard Nixon’s efforts to cover up White House involvement in a burglary at the Watergate offices of the Democratic National Committee.

The latter case stretched over 1972-1974, and the man who was White House counsel at the critical time was one John Dean. Still alive and on CNN Thursday, Dean said “the endeavor of obstruction” could be a crime even if the obstructive orders to subordinates were disobeyed. That is a theory of the case other reviewers may pursue.

An irony in all of this is that the president himself has been so astringent in commenting on earlier books about his White House. These have included Bob Woodward’s best-selling Fear, peek-a-boo looks inside by Cliff Sims (Team of Vipers), Omarosa Manigault (Unhinged) and Michael Wolff (Fire and Fury) — as well as sober memoirs by former FBI heads James Comey and Andrew McCabe.

The chaotic atmosphere described in all these books was based on eyewitness accounts, but Trump denounced them all as “fiction.” Now we see much the same depiction in Mueller’s pages and hear much less objection. In fact, it’s amazing how many journalistic stories derided as “fake news” over the past few years now re-appear in Mueller’s recounting — only this time as documented evidence.

That is the difference it makes when an author can supplement his research with subpoena power, warrants and the threat of perjury prosecution.

It may not make the end product an ideal movie script, or a page-turner in the aisles at your bookstore. But Mueller’s contribution to the literature of this period in history will have an expanding readership in the immediate future as well.

Stay tuned for the sequel.