The Education Department Is Canceling $150 Million Of Student Loan Debt

U.S. Secretary of Education Betsy DeVos attends an event at the White House. 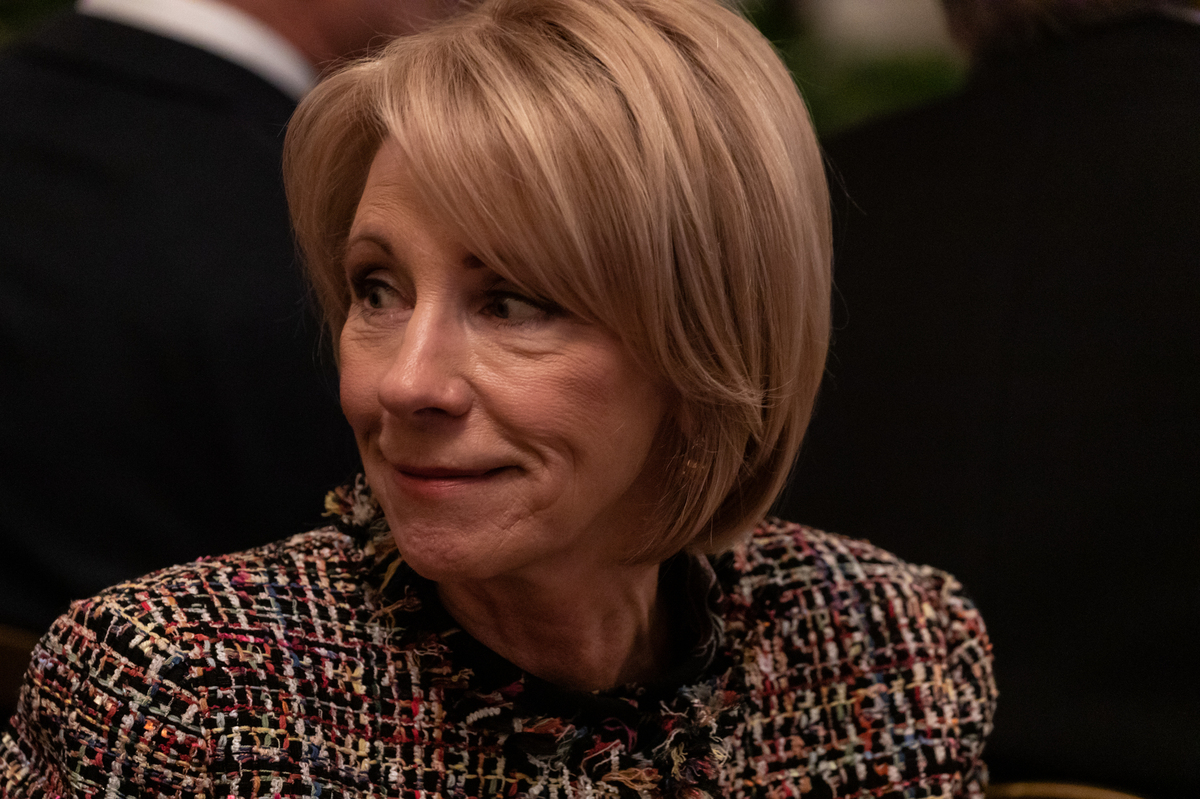 U.S. Secretary of Education Betsy DeVos attends an event at the White House.

The U.S. Department of Education is sending emails to about 15,000 people around the country telling them: You’ve got money.

These are former students — and some parents of students — who took out loans for colleges that shut down between Nov. 1, 2013, and Dec. 4, 2018. About half attended campuses run by Corinthian Colleges. They will get their money back or have their debt forgiven — an amount estimated at $150 million, all told — under a provision called Automatic Closed School Discharge.

As part of the Obama-era crackdown on for-profit colleges like ITT Tech and Corinthian Colleges, the Education Department wrote something called the “borrower defense rule.” It specified how students could get their loan money repaid if their schools were found to be shady. Borrowers had to submit an application and show how they were being defrauded. But if the school was shut down altogether, the loan discharge was supposed to be automatic.

Under Education Secretary Betsy DeVos, the department took a series of steps to try to delay borrower defense from going into effect, as it was supposed to do in the summer of 2017. DeVos called it: “a muddled process that’s unfair to students and schools, and puts taxpayers on the hook for significant costs.”

But the department lost in court repeatedly and also missed a key technical deadline for replacing the rule. In October, a federal judge ordered that the department begin forgiving loans under the rule. Now, per a statement, the government seems to be complying with the closed-school portion of the rule, at least.

Since 2013, 3,600 schools have closed at least one campus, according to the National Student Legal Defense Network, an advocacy group that has filed many lawsuits against the department. Education Corporation of America, another for-profit college chain, officially closed on Dec. 5, stranding another 20,000 students.

So the department’s liability could ultimately mean many more millions of dollars beyond the initial $150 million being returned or cancelled now, NSLDN says.

“There are thousands of students entitled to automatic relief who in all likelihood don’t know it,” says NSLDN’s chief counsel, Dan Zibel. He pointed out that the department is still working to weaken the borrower defense rule and, NSLDN argues in another suit, to slow-walk the claims of students who say they are being defrauded.

The Education Department has not yet responded to NPR’s requests for comment.