At Cambridge City Hall in Boston, Marcia Kadish (left) and Tanya McCloskey exchange rings as they are married before Clerk D. Margaret Drury on May 17, 2004. They were the first couple to be married in Cambridge that morning. 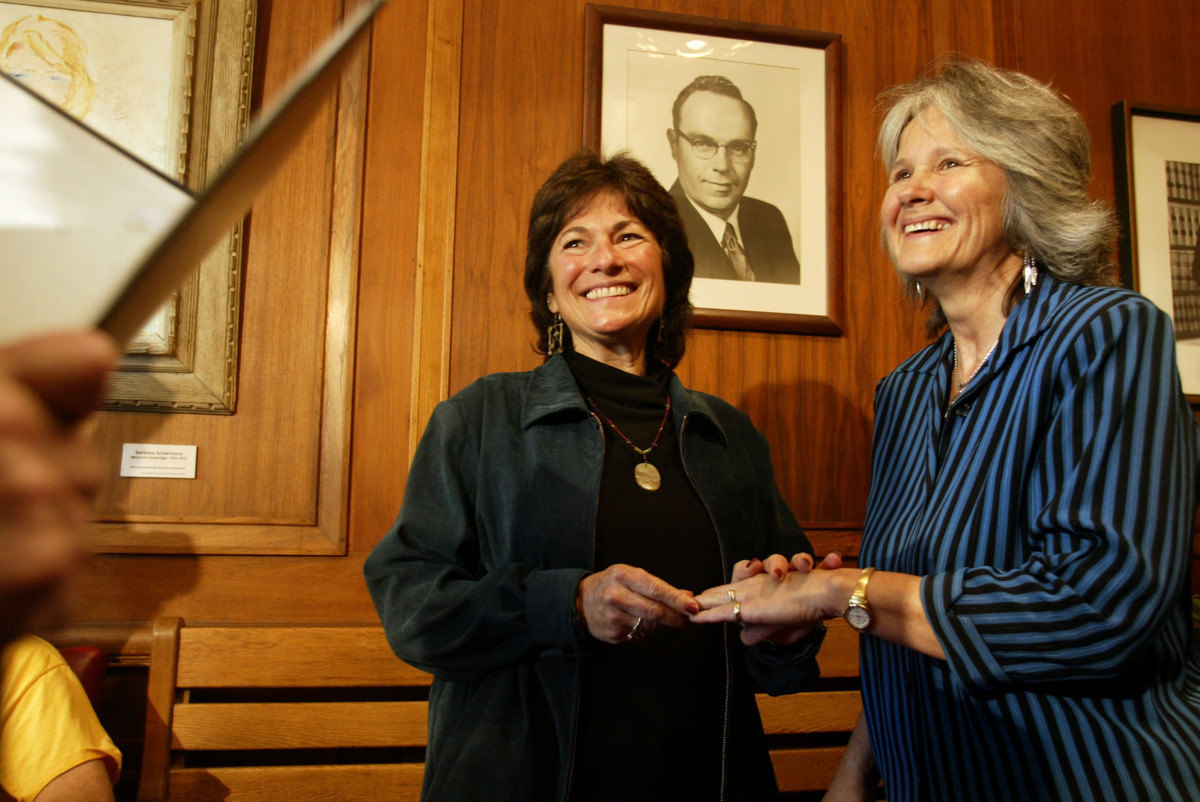 At Cambridge City Hall in Boston, Marcia Kadish (left) and Tanya McCloskey exchange rings as they are married before Clerk D. Margaret Drury on May 17, 2004. They were the first couple to be married in Cambridge that morning.

Tanya McCloskey and Marcia Kadish didn’t set out to make headlines when they got married on May 17, 2004.

That morning, McCloskey and Kadish were the first same-sex couple to get legally married in the U.S. after being together for nearly 20 years.

“We felt we were married already,” Kadish tells Morning Edition host Rachel Martin. “This was just making it legal.”

The Boston-area couple picked up their marriage license minutes after midnight in Cambridge, Mass., and received a waiver that allowed them to bypass a three-day waiting period to perform the ceremony.

Tanya McCloskey (left) and Marcia Kadish with their marriage certificate outside city hall in Cambridge, Mass. 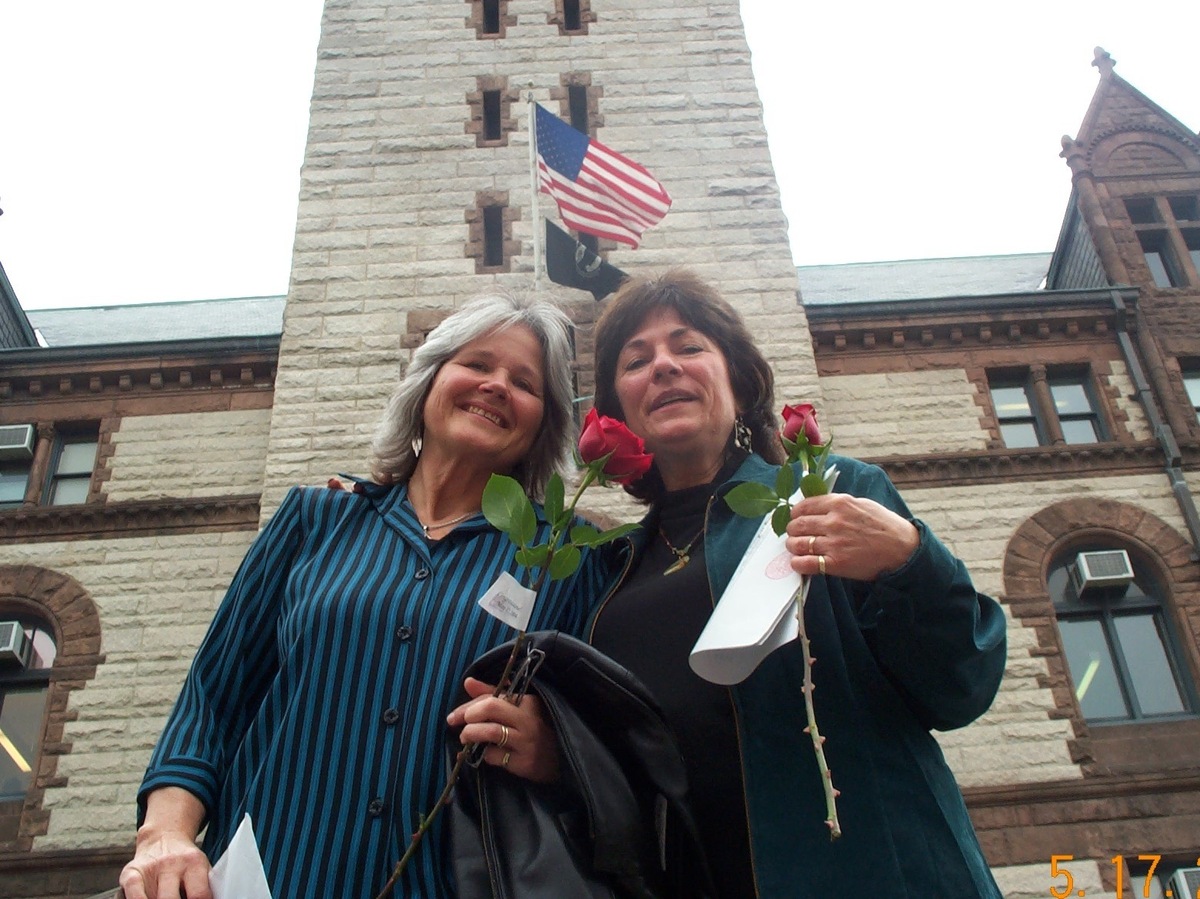 Tanya McCloskey (left) and Marcia Kadish with their marriage certificate outside city hall in Cambridge, Mass.

Kadish and McCloskey exchanged vows later in the morning at Cambridge City Hall. “We both had a glow on, no question about that,” Kadish says.

The fact that they were first in line was by chance. They’d planned on arriving early, Kadish says, “because we wanted to go to everybody else’s wedding. We wanted to participate all-day-long in weddings.”

Their legal marriage — and the hundreds of others performed for same-sex couples across the state that day — were the result of a ruling from the Massachusetts Supreme Court, which had declared in November 2003 that same-sex couples had the legal right to marry in the state.

It took 11 more years before McCloskey and Kadish’s marriage was federally recognized. On June 26, 2015, the U.S. Supreme Court ruled that marriage was a civil right for all Americans, legalizing same-sex marriage nationwide.

Kadish and McCloskey celebrated the decision. By that time, however, McCloskey had been diagnosed with endometrial cancer.

“They thought they got it all,” Kadish says. “They said we had clean margins, everything was fine. And then the fifth week into her recovery, she developed a cough. It turned out it had metastasized to the lungs.”

The cancer then spread to McCloskey’s brain, her bones and her blood.

During her wife’s illness, Kadish did not take the legal protections afforded a married couple for granted.

“I was very grateful,” Kadish says. “There was never a time that I couldn’t see her in the hospital. I pretty much didn’t leave her side for almost a year. And we were respected. It was a beautiful thing, the support. It was an awful, ugly thing, the sickness.”

Reflecting on their lives together, Kadish says both she and her wife recognized the impact of being the first same-sex couple to be legally married in the U.S.

“We wanted to lead by example, not that we were leaders of anything,” Kadish says. “We just wanted to make sure that the world saw the most positive side of being a gay couple.”