A Jaguar I-Pace, the first electric vehicle from the premium carmaker, charges during an event in Barcelona, Spain, in May. 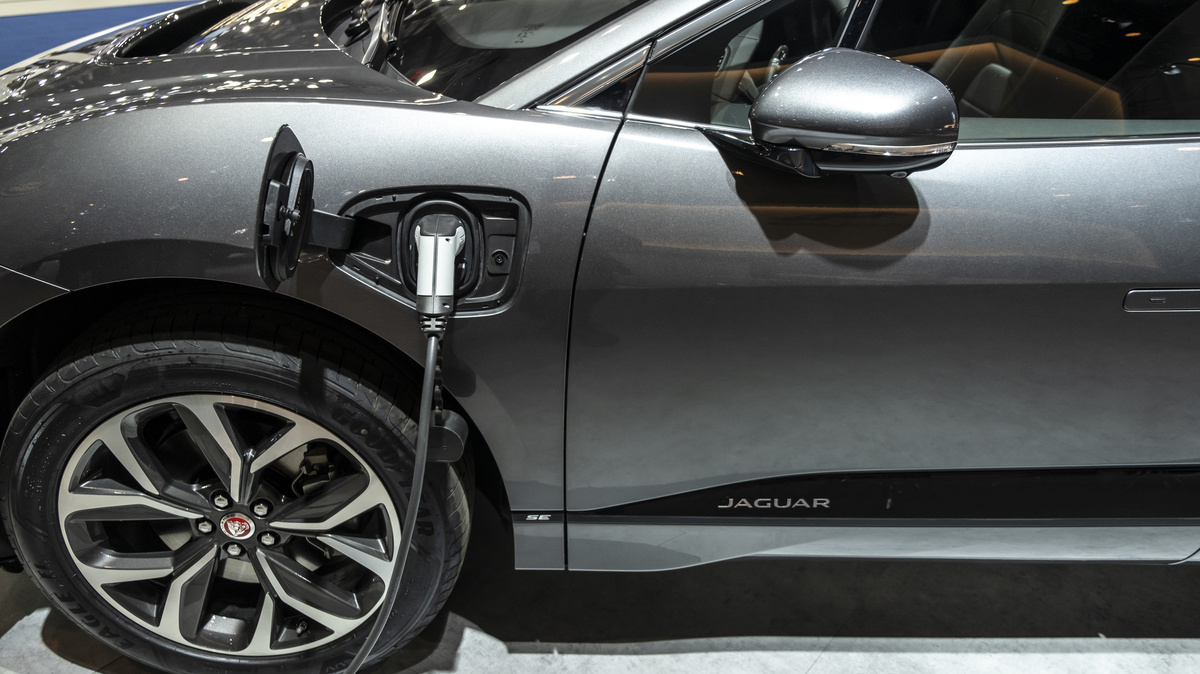 A Jaguar I-Pace, the first electric vehicle from the premium carmaker, charges during an event in Barcelona, Spain, in May.

Alex Schefer loves his Teslas — the Model S he and his wife use to tote their kids around, the Roadster that’s part of their premium car-sharing club.

But he’s been waiting not-so-patiently to have some other options for luxury electric vehicles.

He won’t have to wait much longer. That electric Porsche, now renamed the Taycan, is coming out later this year, as is the first electric Mercedes.

And two new luxury electrics are already on the market: the Jaguar I-Pace and the Audi e-tron.

It’s no exaggeration to say the luxury electric vehicle was invented by Tesla. And the California-based carmaker has indisputably paved the way for these new rivals selling for $70,000 and up.

The new entrants put fresh competitive pressures on a company that has been struggling to scale up production and make a profit with the tighter margins on a mass-market car. But Tesla CEO Elon Musk says he welcomes the arrivals.

“Our goal all along has been to try to get the rest of the car industry to go electric,” he said in March. “This is great.”

Established premium automakers aren’t just motivated by Tesla’s model. They’re also driven by government regulations. In the U.S., that means the zero-emission vehicle mandates adopted by California and other states that follow its lead.

Such regulations have long driven investment in electric vehicles. But for a long time, major automakers responded to the mandates half-heartedly. They’d build “compliance cars” — less-than-appealing vehicles, for sale only in states that required it, rarely advertised and made in low numbers.

Automakers said this was because they were losing money on each one. Chelsea Sexton, a longtime electric vehicle advocate, says that became a bit of a self-fulfilling prophecy.

“As long as things aren’t available they’re never going to sell,” she says. “People can’t buy what isn’t out there.”

But the new generation of premium electrics, the ones going toe-to-toe with Tesla, represent a shift. They’re available in every state. And they’re hardly underwhelming compliance cars.

“One of things that struck me about the Audi e-tron is that it was so normal,” says Rebecca Lindland, an independent auto analyst who writes at RebeccaDrives.com. “You’re not compromising, you’re not sacrificing. You’re driving a really good Audi. And, by the way, it’s electric.”

Ask Jaguar product manager Dave Larsen why the company made the I-Pace and you’ll hear about “combined 400 horsepower” and “zero-to-60 time of about 4 1/2 seconds” and “incredible on-road performance.”

One word you won’t hear: emissions.

And the North America president of Porsche, Klaus Zellmer, recently wrote an op-ed about the rise of electric vehicles. He mentioned sustainability almost as an afterthought, after emphasizing electric cars’ “instant power and sporty handling.”

Tesla, too, emphasized its vehicles’ performance — but it self-consciously appealed to early adopters, people who wanted to buy something conspicuously out of the ordinary.

Meanwhile, more affordable electric vehicles, like the Nissan Leaf and Chevy Bolt, have marketed themselves as eco-friendly electrics.

“There’s a certain segment of the audience that wants an environmentally friendly vehicle — they want to show off their green credentials,” he says. “But the reality is that most consumers just want to have a nice car that drives well, looks good.”

“We are not any more in this very early adopter phase,” says Thomas Ingenlath, the CEO of Polestar — the luxury electric brand launched by Volvo. Polestar will be releasing its first premium all-electric model next year, initially selling for $63,000.

The electric vehicle market is becoming “much more sophisticated,” he says, “establishing an ecosystem of different car brands which simply make this electric market a much more mature and attractive offer for the customer.”

But will these new offerings draw in customers who aren’t actively seeking a car that comes with a charging cord?

That’s one thing analysts will be watching as these new options arrive on the market. And it’s not just a question for the Porsches and Audis of the world.

Right now, every major automaker is working on electric vehicles, at every price point, to hit the market over the next few years.