Dawnta Harris, who is now 17, was charged as an adult, accused of murdering police officer Amy Caprio in May of 2018. 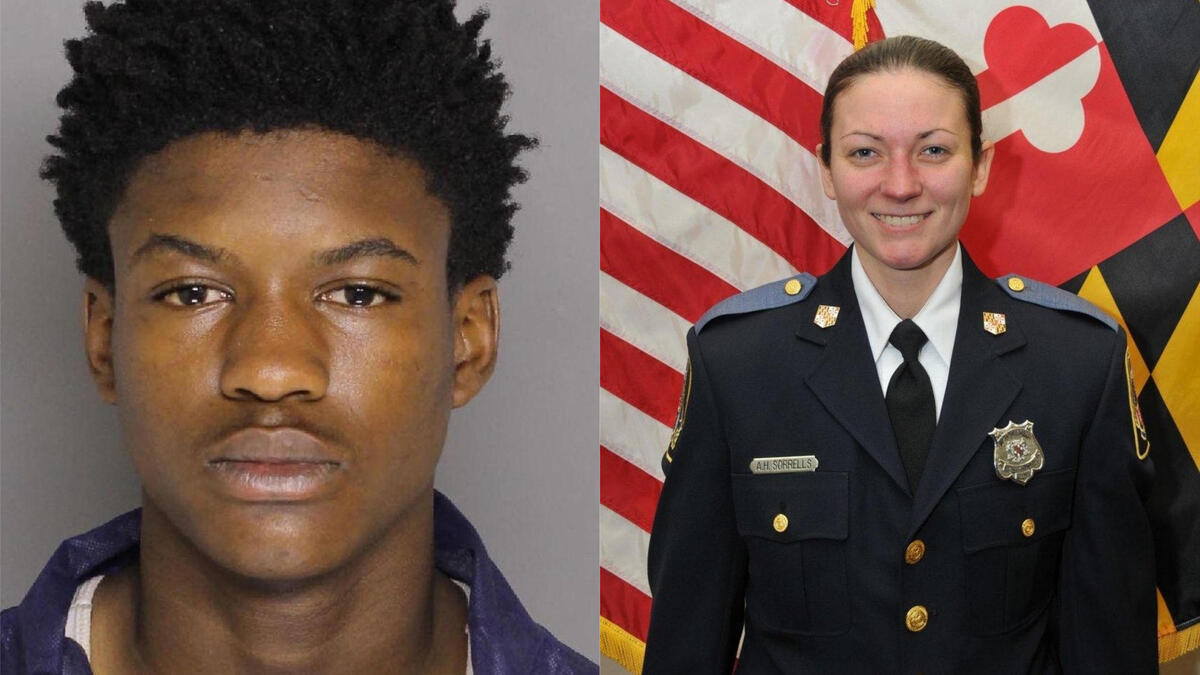 Dawnta Harris, who is now 17, was charged as an adult, accused of murdering police officer Amy Caprio in May of 2018.

A Baltimore County judge has sentenced Dawnta Harris to a life term in prison for the murder of police officer Amy Caprio. Harris was 16 when the stolen Jeep he was driving ran over Caprio, 29, in the spring of 2018.

Within days of Caprio’s death, Harris was charged as an adult, facing a count of first-degree murder.

If the sentence withstands an appeal, Harris would be able to seek parole. In the past decade, the Supreme Court has issued several rulings that struck down mandatory terms of life in prison without parole for felons who committed homicide as juveniles.

On the day Caprio died, she was investigating a report of a suspicious vehicle in a neighborhood that had recently been hit by several burglaries. She tracked down a black Jeep Wrangler, with Harris at the wheel. At the time, police say, three other suspects were burglarizing a nearby home.

An arrest had seemed imminent when the Jeep stopped at the end of the cul-de-sac. After parking her patrol car to block the exit, Caprio got out, drew her gun and stood in front of the car, ordering Harris to get out of the Jeep.

After reviewing body cam footage of the incident, police said that Harris had at first seemed to be obeying Caprio’s order to get out — but then he suddenly got back in his seat and drove straight at her. Caprio was able to fire a single shot into the Jeep’s windshield before she was fatally struck.

Harris was arrested shortly afterwards; in an hours-long interview with police, he admitted that he panicked during the confrontation with Caprio, The Baltimore Sun reports.

“Three others, identified as Harris’ accomplices, also face murder charges,” member station WYPR reported when Harris was convicted in May. “Under Maryland law, if someone’s killed during a burglary, accomplices can be found guilty of the slaying along with the killer.”

Those three suspects are also being charged as adults, according to the Baltimore County Police Department.

Harris did not speak in court on Wednesday; instead, his lawyer read aloud a statement in which Harris said he was sorry, according to reporter Abby Isaacs of local TV station WMAR.

Isaacs adds that Harris’ defense team plans to appeal — and that they’re “grateful he can spend part of his time in Patuxent Institution’s Youth Program, which dedicates more resources to counseling and rehabilitation.”

“No penalty can bring back Officer Caprio or eliminate the pain and suffering inflicted on Officer Caprio’s family and the Perry Hall neighborhood I represent. I would like to thank the prosecutors who pursued the toughest sanctions allowed by law.”

The Harris-Caprio case has unfolded as Baltimore deals with the fallout from the death of Freddie Gray after being taken into police custody, while also coping with a tragically high murder rate and persistent claims of police misconduct.

And as the Sun reports, “The murder of a white police woman by a black teenager set off a firestorm of debate, much of it racially charged.”