Afghans are seen through a shattered windshield of a bus after an explosion in Kabul, Afghanistan. A suicide car bomber targeted the police headquarters in western Kabul on Wednesday. 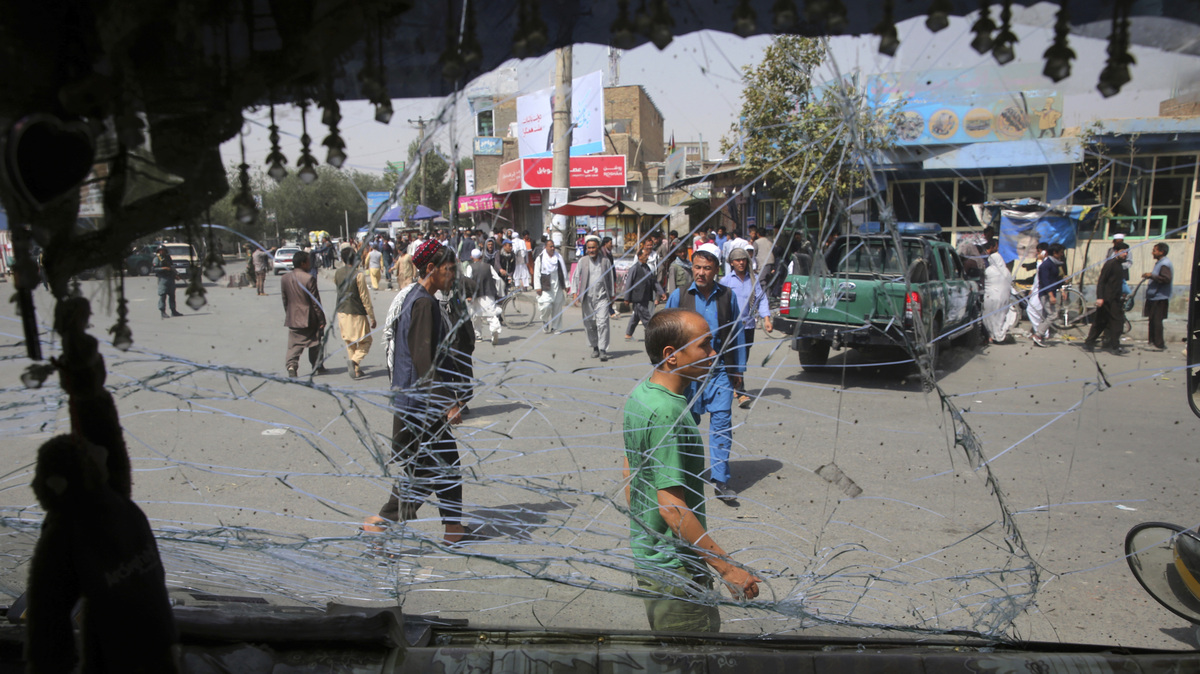 Afghans are seen through a shattered windshield of a bus after an explosion in Kabul, Afghanistan. A suicide car bomber targeted the police headquarters in western Kabul on Wednesday.

A car bomb exploded outside a police station in Kabul on Wednesday morning, killing at least 14 people and wounding more than 140. Taliban insurgents claimed responsibility for the attack.

The explosion occurred after the U.S. and Taliban reported progress in peace talks in Qatar earlier this week, and was the latest in a series of explosions and suicide attacks in Afghanistan.

“Again a Taliban suicide attack in Kabul targets a civilian area that resulted in harming of so many innocents,” Sediq Sediqqi, a spokesman for Afghan President Ashraf Ghani, tweeted.

“Indiscriminate attacks and intentional Injury to civilians are never warranted. We condemn the attack today in Kabul for which the Taliban claimed responsibility,” U.S. Special Representative Zalmay Khalilzad said in a tweet. “The focus should be on immediately reducing violence as we move closer to intra-Afghan negotiations that will produce a political roadmap and a permanent ceasefire.”

The United Nations reported that July was Afghanistan’s deadliest month since 2017, with more than 1,500 civilians killed and injured. Wednesday’s attack has exacerbated fears for security around presidential elections scheduled for next month. Last month, vice presidential candidate Amrullah Saleh survived a suicide attack in Kabul.

On Tuesday, the Taliban threatened to disrupt the Sept. 28 elections, which it claims have “no legitimacy.”

The United Nations expressed “deep concern” over the Taliban threat. “All citizens — whether voters, candidates or election-related staff — have the right to be free from fear, intimidation and violence at all stages of an elections process,” it said in a statement.