A state police officer stands outside a Woodfield Mall entrance on Friday, in Schaumburg, Ill. An SUV drove into the mall through the Sears entrance and crashed into several stores and kiosks. 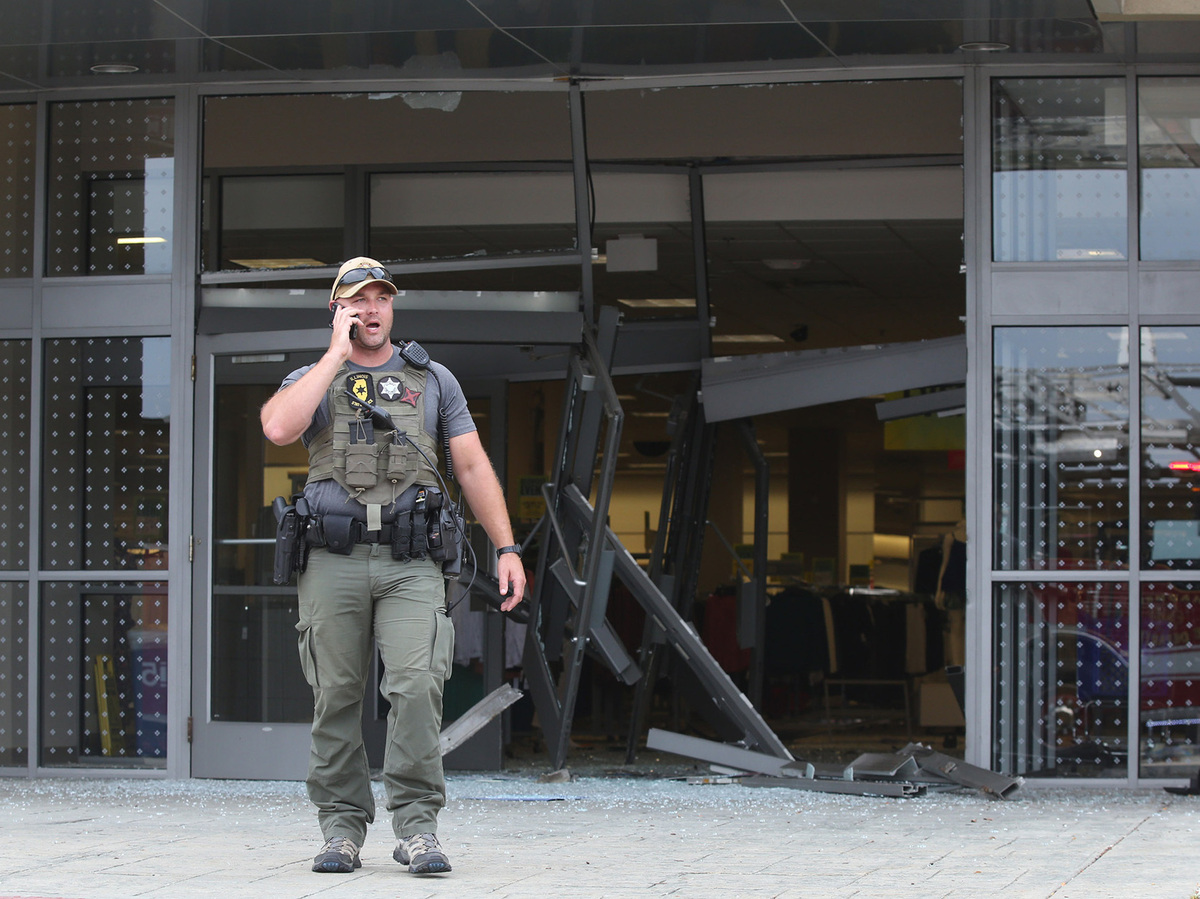 A state police officer stands outside a Woodfield Mall entrance on Friday, in Schaumburg, Ill. An SUV drove into the mall through the Sears entrance and crashed into several stores and kiosks.

A 22-year-old man was taken into custody Friday afternoon after he drove his SUV through a mall in Schaumburg, Ill., police said, causing panic as social media erupted with reports of an active shooter.

The man drove through the Sears entrance of Woodfield Mall, about 13 miles from Chicago’s O’Hare International Airport, and continued through a hallway lined with kiosks until he was detained by mall patrons and two off-duty officers, Schaumburg Police Chief Bill Wolf said at a news conference.

“I am happy to report that there were only very minor injuries from this incident,” Wolf said. No patrons were hit by the vehicle, he added.

The driver’s identity will not be released until charges are authorized by the Cook County State’s Attorney’s Office, Wolf said, adding that the police are also investigating a connection to the driver’s possible medical condition.

A video posted on Twitter Friday shows the black Chevrolet Trailblazer erratically weaving through the mall as bystanders run from the vehicle and yell at the driver to stop. After crashing into a Hollister store, the car backs up, stops for a moment and continues driving. Wolf said that the police and fire department were dispatched at 2:21 p.m. local time and were on the scene within two minutes.

The first reports on Twitter warned of gunshots and an active shooter situation inside the mall. Wolf said that police originally responded to reports of shots fired but said that the claims were ultimately unsubstantiated.

“Although we did originally receive those reports, we did not see any shell casings or anything that would report that there were any shots fired,” Wolf said at the news conference, adding that “it appeared that what people heard as shots fired was from the broken glass in the mall.”

Wolf said that some evidence pointed to the driver’s presence in the mall prior to driving through the Sears, but denied any connection to terrorist acts.

The mistaken claims of an active shooter in the mall came as Americans still reel from the mass shootings in El Paso, Midland and Odessa, Texas; Dayton, Ohio; and Virginia Beach, Va. Last Saturday, Arlington County police responded to calls of an active shooter in a theater in Ballston Quarter mall, but police later said that the incident was caused by a juvenile male shouting a false shooter warning.

The incident still created panic, as moviegoers ran from the theater yelling for other patrons to evacuate and call 911, Arlington County police said.

On Aug. 9, NPR reported that 20-year-old Dmitriy Andreychenko was charged with making a terrorist threat in the second degree after he entered a Walmart in Springfield, Mo., with body armor, a loaded rifle and 100 rounds of ammunition less than a week after the El Paso Walmart shooting, which killed 22 people.

Andreychenko said in a police statement that he “wanted to know if that Walmart honored the Second Amendment.”