Sudanese celebrate in the streets of Khartoum on Friday after ruling generals and opposition leaders announced an agreement on a new governing body. 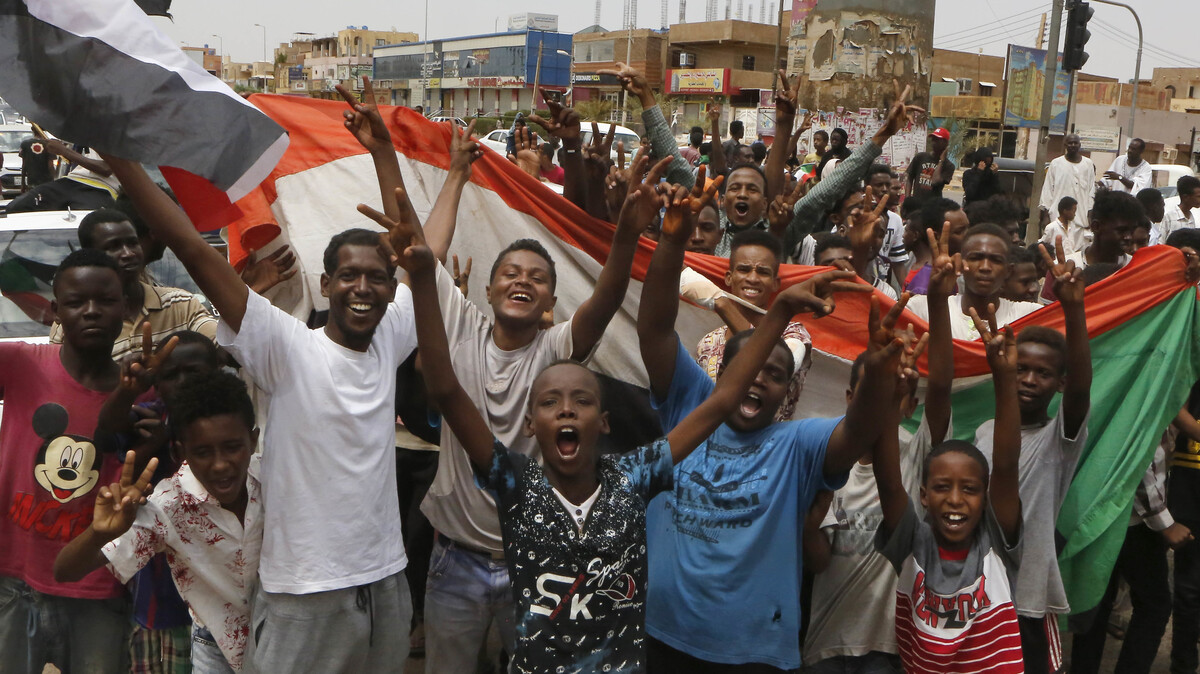 Sudanese celebrate in the streets of Khartoum on Friday after ruling generals and opposition leaders announced an agreement on a new governing body.

“Today our revolution is triumphant,” the Sudanese Professionals Association, which led the protests that took down Bashir in April, said in a statement posted to social media. “We will continue to accomplish the goals of the revolution.”

The deal calls for a joint sovereign council that will lead Sudan during a transition period of three years and three months, according to the SPA.

The 11-member council will consist of five soldiers and five civilians, with a sixth civilian chosen by both sides. It will have a rotational presidency: A military leader will preside over the council for 21 months, followed by a civilian leader for 18 months. Elections would then be held.

“This agreement will be comprehensive and will not exclude anyone,” said Gen. Mohamed Hamdan Dagalo, deputy head of the Transitional Military Council, Reuters reports.

The African Union and Ethiopia helped broker the deal during two days of talks in Khartoum. Negotiators are set to come together this weekend to hammer out a final version.

“The devil will be in the detail of any deal — but we hope this marks a step towards an end of the horrific crimes that have been committed against the people of Sudan for decades,” Kumi Naidoo, secretary-general of Amnesty International, said in a statement. “This agreement must be judged by how those in power now live up to their responsibilities to respect people’s fundamental rights — something the Sudanese people have been deprived of for well over three decades.

As word of the deal spread Friday, hundreds of Sudanese took to the streets in celebration, beating drums, singing and waving the national flag.

But while both sides hailed the agreement, many people remained skeptical. “Of course there is a lack of trust between the people of Sudan, of the opposition, when it comes to the military,” Halima Gikandi reports for NPR.

The Transitional Military Council took control of the country soon after Bashir was deposed, announcing it would rule for two years before democratic elections could take place. Protesters and opposition leaders balked and demanded an immediate transfer of power to a transitional civilian government.

Thousands of pro-democracy protesters camped outside military headquarters in the capital, Khartoum, as opposition leaders engaged in negotiations with the military. But talks collapsed early last month after Sudanese security forces opened fire on demonstrators, killing dozens of people.

Protesters maintained their call for civilian rule by launching a civil disobedience campaign that brought Khartoum to a standstill and by continuing to hold mass demonstrations, even as they were met by violence.

In all, protesters say the military crackdown left more than 100 people dead.

The SPA says the military has agreed to a national independent investigation into the protester deaths. Despite distrust of the military, opposition leaders see the power-sharing deal as the only viable pathway to a functional government that can address the concerns of the people, Gikandi reports.

“Our people are wounded, our wounds will heal,” the Sudanese Professionals Association said in Friday’s statement.