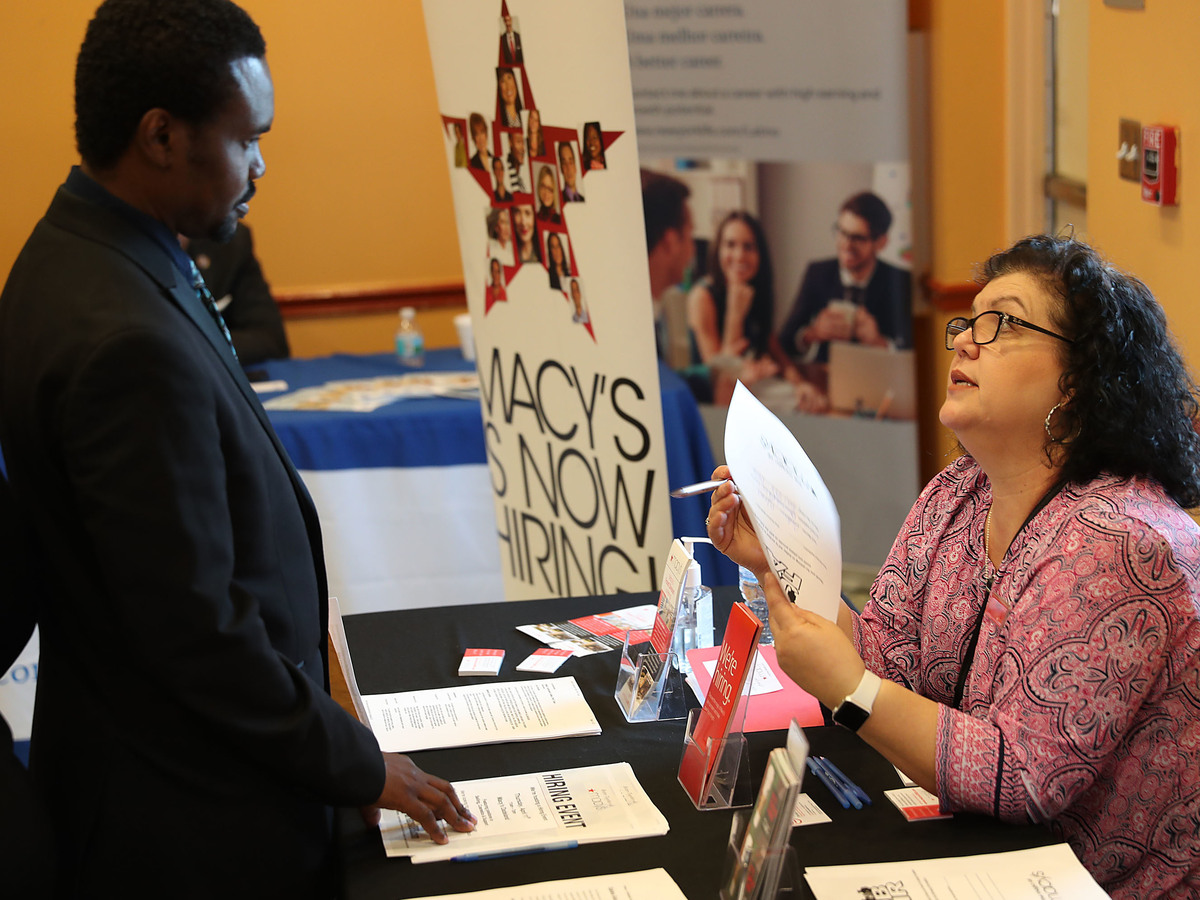 This summer will mark the 10th year since the Great Recession ended and the economy began its long run of growth. And Friday’s monthly jobs report is expected to be the latest sign that the expansion continues chugging along.

“Our outlook and my outlook is a positive one — is a healthy one — for the U.S. economy for growth for the rest of this year,” Federal Reserve Chairman Jerome Powell said Wednesday.

The economy picked up steam in the first quarter, growing at an annual 3.2% rate — well above its pace at the end of 2018. Retailers saw strong sales in March after a ho-hum February.

Economists expect to see another solid jobs report on Friday, when the Labor Department releases its snapshot of employment conditions for April. Even with unemployment hovering below 4%, forecasters see more room for jobs to grow.

“We don’t see any evidence at all of overheating,” Powell said. “For a long time now, there have been anecdotal reports of labor shortages and difficulty in finding skilled labor and that kind of thing. Nonetheless, you have very strong job creation.”

U.S. employers added an average of 180,000 jobs a month in the first three months of the year. Analysts expect that hiring in April continued at or above that level and that unemployment stayed at 3.8%.

Central bankers expect the trend to continue, fueled by an uptick in consumer spending and business investment.

Wages have also been growing but not at a rate that would spark fears of inflation. Workers’ productivity surged in the first quarter, and the additional output helps employers keep their costs in check.

Inflation has been running below the Fed’s target of 2%. But Fed policymakers opted not to lower interest rates at their meeting this week, despite pressure from President Trump.

Trump tweeted on Tuesday that the U.S. economy would go “up like a rocket” if the Fed slashed rates by a full percentage point. Powell said the Fed would not be swayed by pressure from the White House.

“We are a nonpolitical institution,” he said. “And that means we don’t think about short-term political considerations. We don’t discuss them, and we don’t consider them in making our decisions, one way or the other.”

One possible weak spot to watch for in Friday’s jobs report is manufacturing employment. Factories shed 6,000 jobs in March and added only 1,000 in February. Manufacturing had been adding an average of 22,000 jobs a month for the previous year.

An index of manufacturing activity this week showed a significant slowdown, although the factory sector continues to grow.

“Manufacturing has been weak all around the world,” Powell said. “Services have been growing faster. But we do expect a positive contribution to growth from the manufacturing sector.”