A drawing by a migrant child at the Catholic Charities Humanitarian Respite Center in McAllen, Texas. 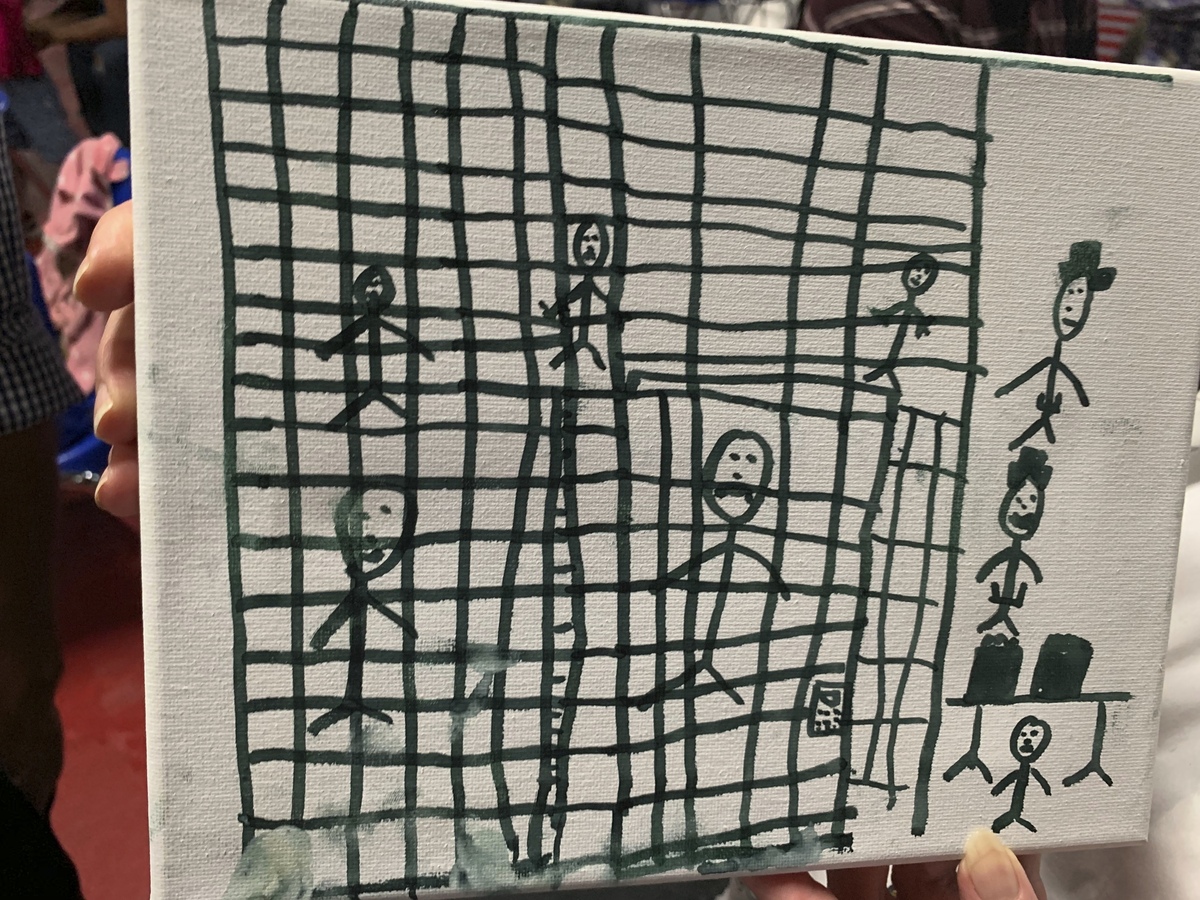 A drawing by a migrant child at the Catholic Charities Humanitarian Respite Center in McAllen, Texas.

The Smithsonian’s National Museum of American History may add drawings made by formerly detained migrant children to its famous collection.

The drawings depict time spent in the custody of U.S. Customs and Border Protection. Some of the children’s images appeared to show stick figures with frowns and people on floors under blankets.

They made headlines last week, after the American Academy of Pediatrics toured CBP facilities at the U.S. southern border and released the images to media outlets.

Three children between 10 and 11 years old who had been separated from their parents made the drawings in a Texas facility overseen by the Catholic church after being released from CBP custody, according to CNN.

A spokesperson for the National Museum of American History, Laura Duff, told NPR that the museum is in the early stages of planning.

In an emailed statement, the museum said a curator had contacted the American Academy of Pediatrics and CNN on July 4 to ask about the drawings “as part of an exploratory process.”

It went on to explain why the museum was considering acquiring the drawings. “The museum has a long commitment to telling the complex and complicated history of the United States and to documenting that history as it unfolds, such as it did following 9/11 and Hurricane Katrina, and as it does with political campaigns,” the statement read.

Brent Glass, director emeritus of the National Museum of American History, told NPR that the move is part of the museum’s mission “to inspire people to know more about American history and to hopefully create a more humane society.”

He said the move was not a political decision. Much of the museum’s work in Washington “has some political value or some political implication or consequence” but the curators’ decisions “will be made based on what kind of documentary record they’re trying to create rather than making a political statement,” Glass said.

A drawing by a migrant child. 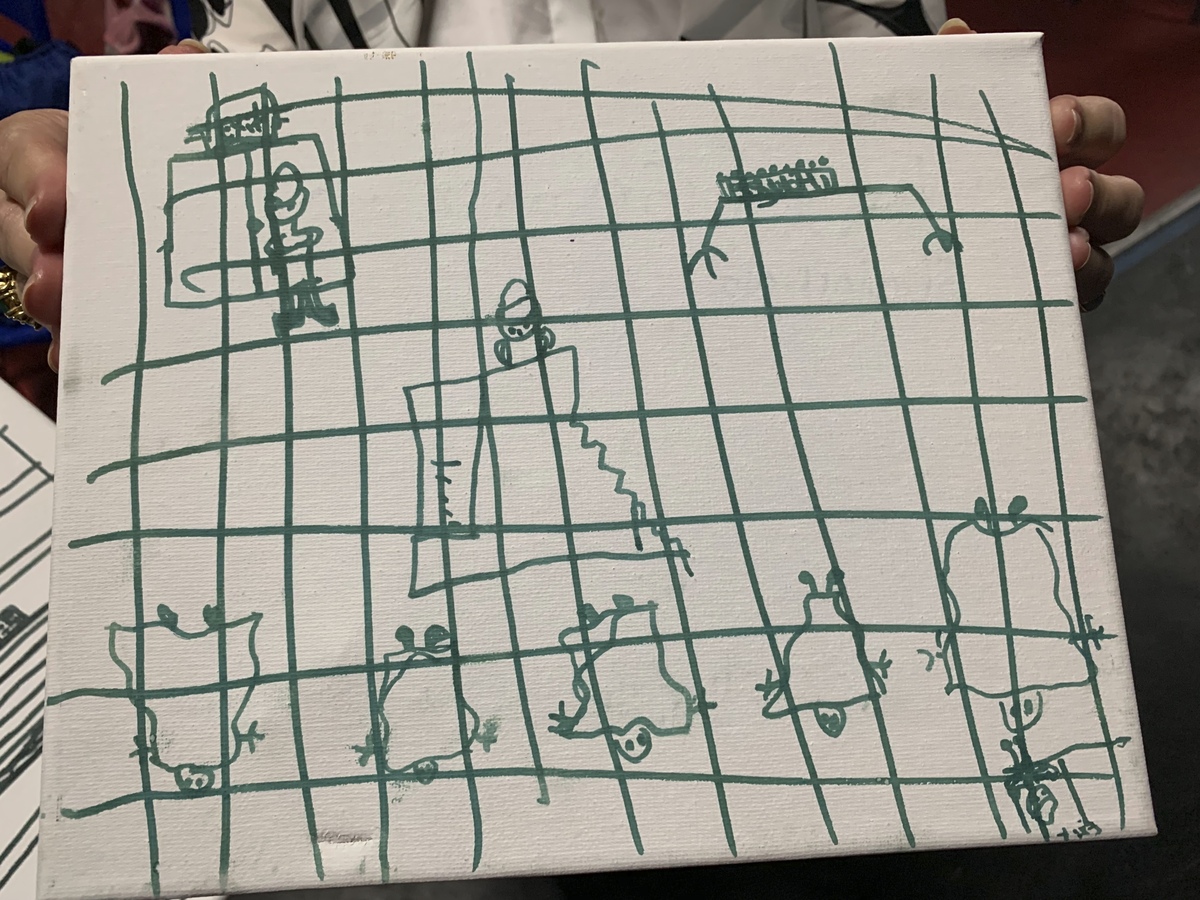 A drawing by a migrant child.

Jas Chana, a spokesperson for New York’s Tenement Museum, which documents immigrant and refugee stories, says the drawings are future artifacts of history. “The United States has always had a complicated relationship with immigration” and that the drawings “serve as reminder — for current and future generations — that we all have a role to play in reckoning with our fraught immigration history to move forward as a nation,” Chana said via email.

The museum’s inquiry about the drawings comes after reports of detained children living in squalor sparked nationwide outcry. Lawyers and lawmakers have cited appalling conditions at some Border Patrol facilities where basic items, such as soap and running water, are not provided. CBP has denied that children have been mistreated at its facilities.

In a recent rebuke, U.N. High Commissioner for Human Rights Michelle Bachelet said she was appalled by the conditions children faced. “As a paediatrician, but also as a mother and a former head of State, I am deeply shocked that children are forced to sleep on the floor in overcrowded facilities, without access to adequate healthcare or food, and with poor sanitation conditions,” she said in a statement.

“Detaining a child even for short periods under good conditions can have a serious impact on their health and development — consider the damage being done every day by allowing this alarming situation to continue,” Bachelet added.

President Trump said last week in a tweet that if migrants were “unhappy with the conditions in the quickly built or refitted detentions centers, just tell them not to come.” He has also accused media outlets of writing exaggerated accounts of detention centers and said border patrol agents were doing a “great job.”