San Francisco Police Chief Bill Scott answers questions during a May 21 news conference. Scott has apologized for a raid on a freelance journalist’s home. 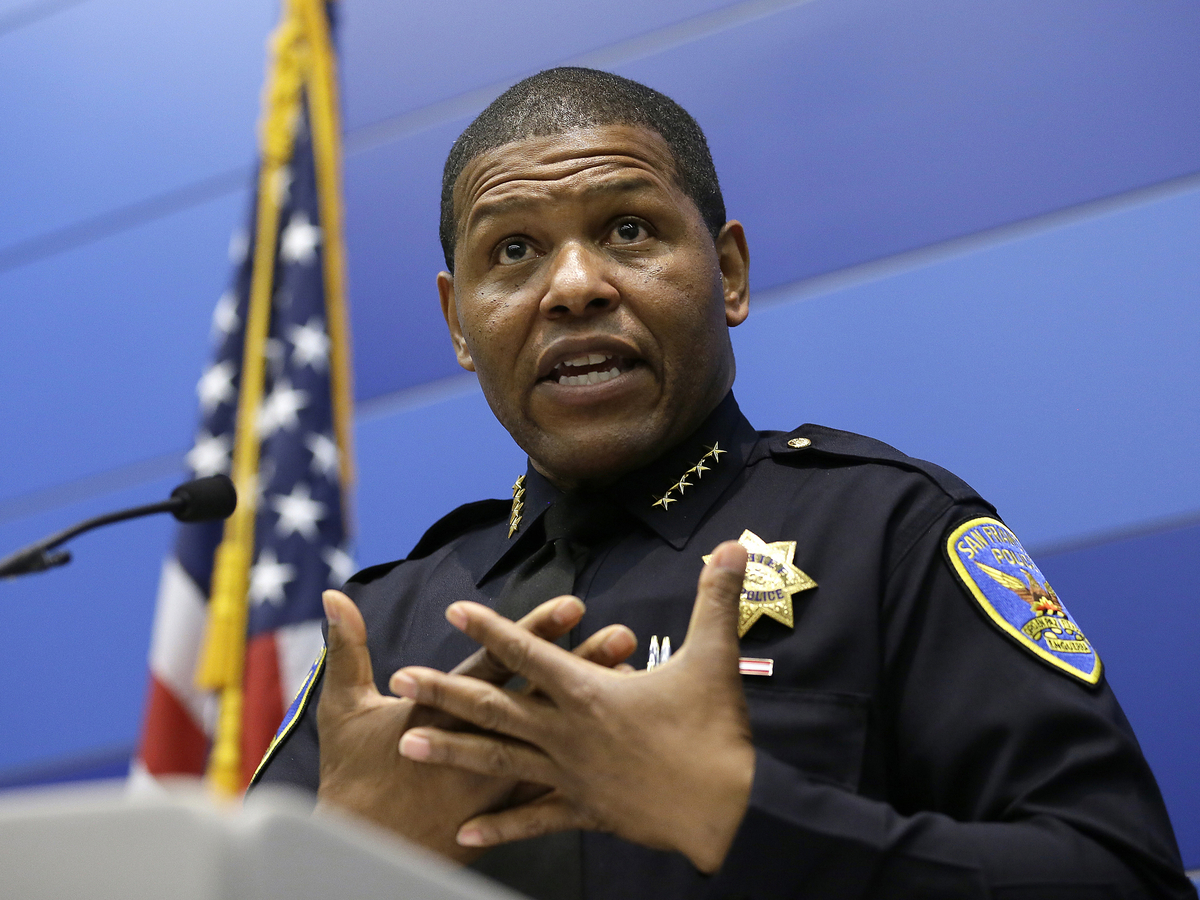 San Francisco Police Chief Bill Scott answers questions during a May 21 news conference. Scott has apologized for a raid on a freelance journalist’s home.

The chief of the San Francisco Police Department, Bill Scott, issued an apology Friday for a recent raid on the home of a freelance journalist connected with the unauthorized leak of a police report about the death of the city’s former public defender.

The sudden death of 59-year-old Jeff Adachi in February, the subsequent leak of a police report, and a May 10 police raid executed with a sledgehammer has roiled local sensibilities in a city that takes pride in its reputation as a progressive haven for free expression and respect for the First Amendment.

Scott told The San Francisco Chronicle that the searches of the home and office of freelance journalist Bryan Carmody were probably illegal, saying, “I’m sorry it happened.”

In a statement issued late Friday, Scott said he is asking outside agencies for an independent criminal investigation of his department to determine the source of a leak about the death of Jeff Adachi. The former public defender had been critical of the police. Scott said he is concerned by the lack of due diligence by his department investigators in obtaining search warrants and the possible violation of California’s law that shields reporters from divulging their sources.

Scott told the Chronicle that applications for warrants to search Carmody’s home did not adequately identify him as a journalist. Scott also said that the officers who executed the warrants violated department policy by not first consulting with the district attorney’s office.

The controversy has dogged the police department and Mayor London Breed ever since officers, armed with warrants, appeared at Carmody’s home and used a sledgehammer on the front gate of his home, seizing his computers, phones and other devices. Police handcuffed and detained Carmody for several hours, interrogating him about how he had come to possess a police report on Adachi’s death.

“Within hours of Adachi’s collapse in a San Francisco apartment, details from a leaked police investigation into his death were already showing up in news reports, according to the San Francisco Chronicle.

“A number of the details in the police report were salacious, suggesting that perhaps one or more members of the police department were trying to tarnish the reputation of Adachi, who was known as a police watchdog and fierce advocate for criminal justice reform. In San Francisco, the public defender is an elected position.

“The city’s supervisors harshly criticized the police department for the improper leak of the report. Adachi’s widow called the release ‘despicable.’

“The coroner later determined that Adachi died as the result of an accidental overdose of cocaine and alcohol.”

Chief Scott’s apology is a reversal from just two days ago when he suggested that Carmody had been involved in a criminal conspiracy to obtain the police report. Last week he defended the raid.

The San Francisco controversy has set off a firestorm over the First Amendment and protections of press freedom.