Rachel Held Evans amassed a loyal following over more than a decade of reflecting on faith issues. An Episcopalian, she was a popular and sometimes divisive figure among evangelicals. She died on Saturday. 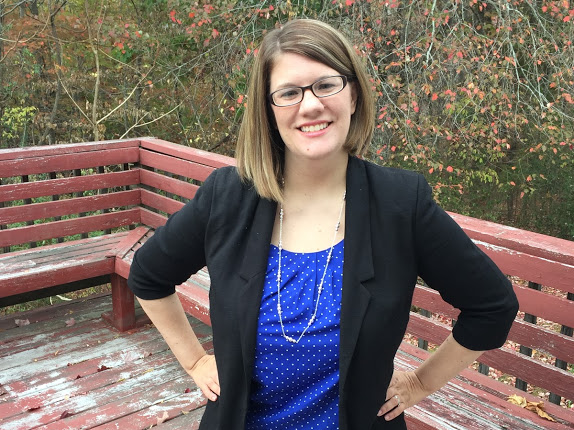 Rachel Held Evans amassed a loyal following over more than a decade of reflecting on faith issues. An Episcopalian, she was a popular and sometimes divisive figure among evangelicals. She died on Saturday.

Rachel Held Evans, a progressive Christian author whose writing challenged traditional evangelical views on politics and the role of women and LGBTQ members of the church, died on Saturday. She was 37.

Evans was hospitalized in mid-April for what she described in a tweet as “a flu + UTI combo and a severe allergic reaction to the antibiotics they gave me.” She was placed in a medically-induced coma after her brain began suffering constant seizures, according to updates posted online by her husband, Daniel Evans.

On Saturday, he wrote that she had experienced extensive brain swelling after being weaned out of the coma.

“This entire experience is surreal,” he wrote. “I keep hoping it’s a nightmare from which I’ll awake. I feel like I’m telling someone else’s story.”

He thanked everyone who had prayed, offered the family support and donated money. “Rachel’s presence in this world was a gift to us all and her work will long survive her.”

Evans amassed a loyal following over more than a decade of reflecting on faith issues. An Episcopalian, she became a popular — and sometimes divisive — figure among evangelicals. As of Saturday she had about 163,000 followers on Twitter.

If you’re the praying type – I’m in the hospital with a flu + UTI combo and a severe allergic reaction to the antibiotics they gave me. (I’m totally going to miss GOT! ?)

Evans was born in Alabama in 1981 and moved to Dayton, Tenn., as a teenager according to Slate. After graduating in 2003 from Bryan College, a small Christian college in Tennessee, she worked as a journalist and humor columnist.

In late 2007 she started her own blog, calling it a “traveler’s forum” for faith journeys. Her writing pushed theological boundaries and sparked debates, as she challenged traditional evangelical interpretations of the Bible, including on the role of LGBTQ people in the church, for whom she was a vocal advocate.

Her first book, originally titled “Evolving in Monkey Town” and later republished as “Faith Unraveled,” charted the evolution of her faith and her struggle with questions around Christianity.

“I thought I was called to challenge the atheists, but the atheists ended up challenging me,” she wrote in a 2016 post detailing her college graduation years earlier. “I thought God wanted to use me to show gay people how to be straight. Instead God used gay people to show me how to be Christian.”

In 2012 she published a second book, “A Year of Biblical Womanhood,” about her experience trying to follow the Bible’s standards for a woman, which included submitting to her husband’s authority.

“That was a challenge because my husband and I have a very egalitarian relationship,” Evans told NPR’s Guy Raz ahead of the book’s release, “so it was kind of weird trying to impose a hierarchy onto that relationship.”

In 2016 she gave birth to the first of her two children and wrote about becoming a new parent. “We plan to raise him Christian, despite of our own persistent doubts about God and struggles with the Church,” she wrote.

Later that year she wrote an article for Vox justifying her decision to vote for Hillary Clinton as a pro-life Christian.

“Even though I think abortion is morally wrong in most cases, and support more legal restrictions around it,” she wrote, “I often vote for pro-choice candidates when I think their policies will do the most to address the health and economic concerns that drive women to get abortions in the first place.”

While Evans was hospitalized, fans and friends took to Twitter, using the hashtag #prayforRHE to share what she had meant to them. Seminarian Becky Castle Miller wrote that she’d seen many women who said they wouldn’t have pursued the ministry if not for Evans, adding, “I’m one of them.”

Sarah Bessey, a friend and collaborator of Evans, said her writing was meaningful to those walking the same path. “She championed the voices and experiences of people who often were ignored or marginalized in the church,” Bessey told NPR.

In her last post on March 6, Evans wrote about the beginning of Lent and the frustration and grief that readers of faith might have over their own churches, citing recent divisions in the United Methodist Church over LGBTQ inclusion.

“It strikes me today that the liturgy of Ash Wednesday teaches something that nearly everyone can agree on,” she wrote. “‘Remember that you are dust and to dust you will return.’ Death is a part of life. My prayer for you this season is that you make time to celebrate that reality, and to grieve that reality, and that you will know you are not alone.”