Puerto Rico’s disgraced Gov. Ricardo Rosselló announced Wednesday he plans to nominate former Resident Commissioner Pedro Pierluisi, pictured in 2016, to succeed him when he steps down on Friday. 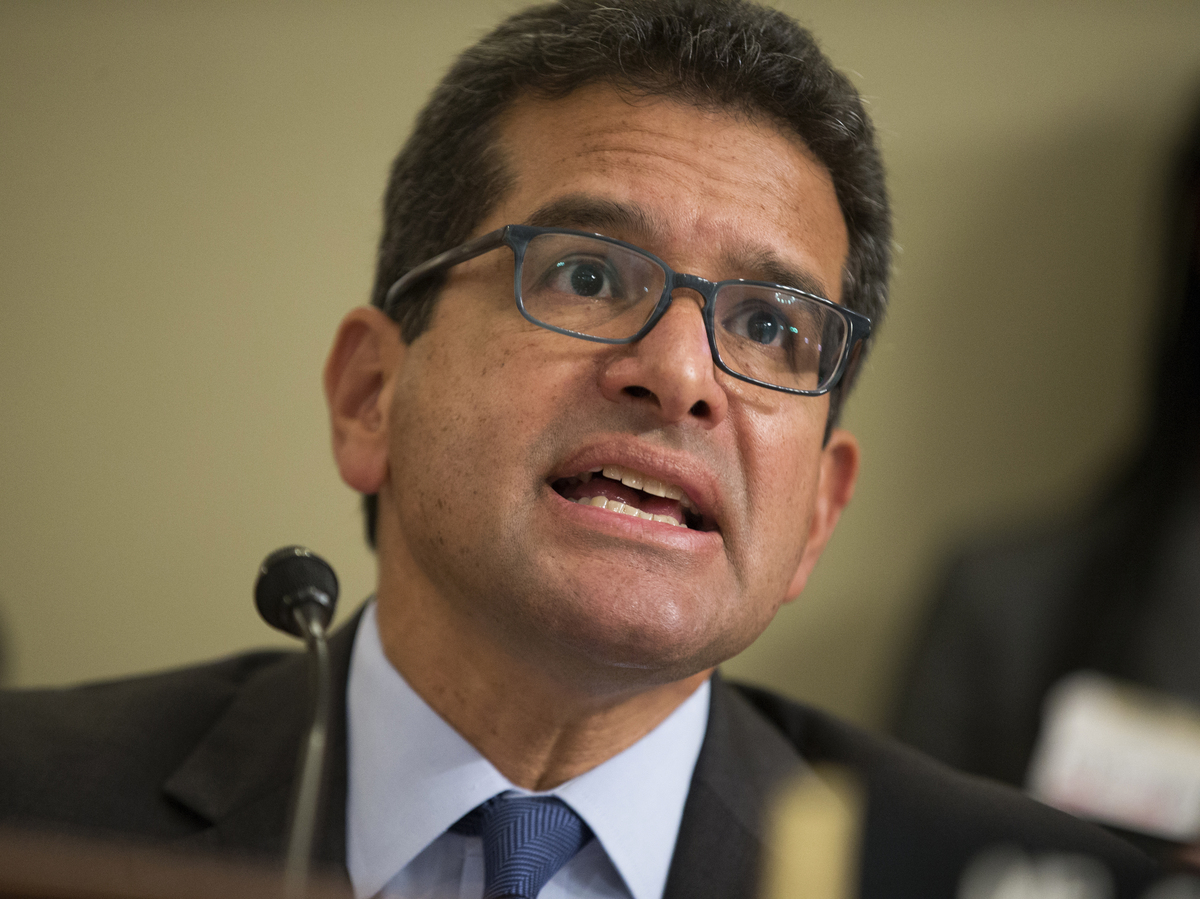 Puerto Rico’s disgraced Gov. Ricardo Rosselló announced Wednesday he plans to nominate former Resident Commissioner Pedro Pierluisi, pictured in 2016, to succeed him when he steps down on Friday.

With just two days before he leaves office, disgraced Gov. Ricardo Rosselló has named a new secretary of state who would then become Puerto Rico’s top leader on Friday — if the island’s lawmakers approve.

“After much analysis, and taking into account the best interests of our people, I have selected Pedro Pierluisi Urrutia to fill the vacancy of Secretary of State,” Rosselló tweeted Wednesday morning, confirming days of rumors that he had tapped his former rival to take over.

Rosselló added he would be calling an extraordinary legislative session to try to confirm Pierluisi on Thursday.

The order of succession outlined in Puerto Rico’s Constitution dictates that the secretary of state fills a vacancy left by the governor. But the job has been empty since mid-July, when Secretary of State Luis Rivera Marín relinquished the post after being caught in the same scandal over leaked offensive texts that led to Rosello’s downfall.

Next in line was Justice Secretary Wanda Vázquez. But on Sunday, Vázquez said she had “no interest” in the job and urged Rosselló to nominate a new secretary of state.

Pierluisi, who lost the 2016 New Progressive Party primary to Rosselló by about 10,000 votes, is a familiar face in Puerto Rico and has deep ties to the outgoing governor’s family. From 2009 to 2016, Pierluisi served as the island’s resident commissioner — Puerto Rico’s sole elected representative in the U.S. Congress. And in the early 1990s, he was secretary of Justice — the island’s Attorney General — under Rosselló’s father, former Gov. Pedro Rosselló.

Since losing the primary, Pierluisi returned to his law firm, O’Neill Borges, which does work on behalf of the federal oversight board created to oversee the commonwealth’s finances amid its massive debt crisis.

That connection to the deeply unpopular board prompted several Puerto Rican lawmakers to say they plan to fight Pierluisi’s nomination, including Senate President Thomas Rivera Schatz, according to El Nuevo Dia.

“According to sources, [Rivera] has aspirations to govern the country and has emerged in recent days as one of the alternatives of succession with more roots within much of the leadership of the [New Progress Party],” the newspaper reported.