Commuters wait for a train as snow falls in Chicago. With a polar vortex hitting the Midwest, wind chills could dip to 55 degrees below zero in northern Illinois. 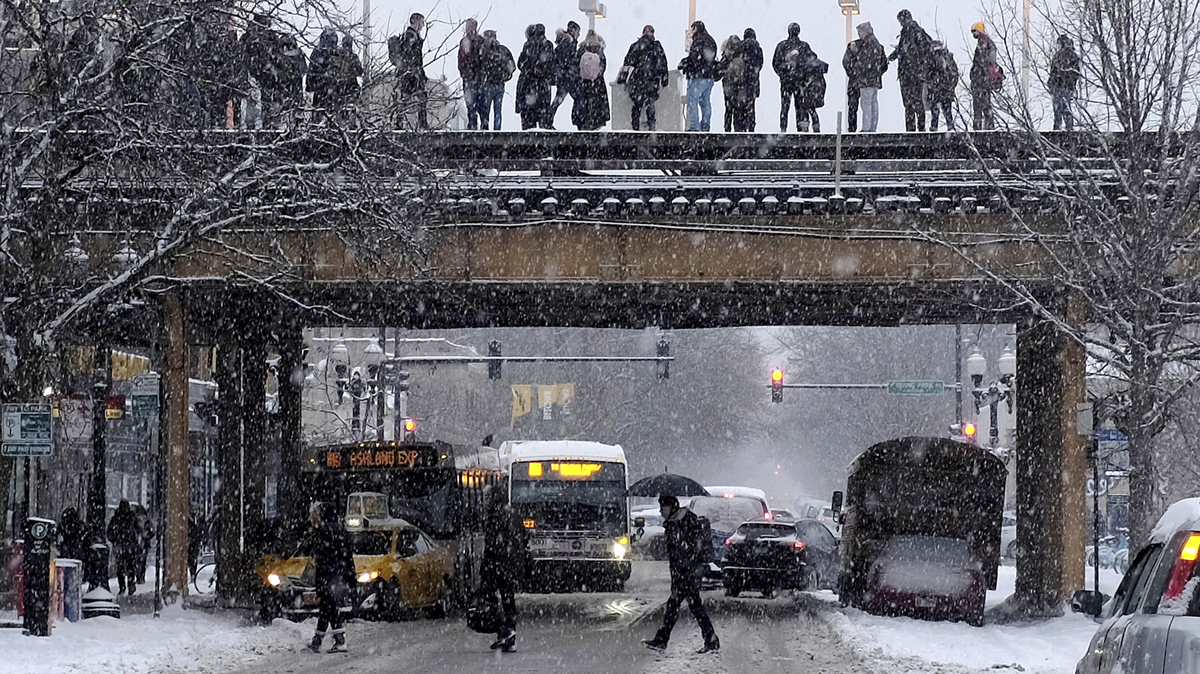 Commuters wait for a train as snow falls in Chicago. With a polar vortex hitting the Midwest, wind chills could dip to 55 degrees below zero in northern Illinois.

A polar vortex is descending upon the Midwest this week, bringing the coldest weather there in a generation. Snow has already blanketed Chicago, and that will be followed by life-threatening arctic temperatures that will extend from Illinois west through North and South Dakota until Thursday.

Rich Otto, a meteorologist with the National Weather Service, tells NPR, “These are probably some of the coldest temperatures that the area has seen, parts of the upper Midwest, since the mid-’90s.”

Otto says wind will drive the temperatures down even further. “The other thing to consider with the cold temperatures are going to be the winds, and so the winds in combination with the cold temperatures are going to allow for some dangerously cold wind chills, values as cold as minus 30 to minus 50 degrees in a couple locations, and even colder as you get farther north, into parts of Minnesota, where some of those wind chills could get down to minus 60,” Otto says.

In some areas, public schools called off classes; state workers were sent home; and flights were canceled. In Wisconsin, Gov. Tony Evers declared a state of emergency and told the National Guard to prepare to help communities “across the state and keep people warm and safe.”

Steve Davis, the fire chief in Madison, Wis., tells NPR, “About 10 days ago we had green grass in Madison. … I think we’ve gotten 20 inches [of snow] in the last nine days.”

Davis says city authorities are rushing to prepare for the cold temperatures. “When we see this arctic air come in, this air mass, that gives us real concern. We can deal with the snow, but when the temperatures dive down, we’ve got all of our human issues to deal with,” Davis tells NPR. “We’ve got a lot of issues with buildings, even though they are constructed to withstand cold temperatures. We see a lot of pipe-freezing. We run into issues occasionally with our water supply system in the city. If the frost drives down, it can break water mains.”

He warned residents that “less than five minutes of exposure can create frostbite.” Davis also urges people to stay hydrated, and check on people who are homebound.

The vortex, a mass of cold air that has moved south from the North Pole, is also leading to emergency preparations and snow in the South. In the state of Georgia, which will host the Super Bowl on Sunday, state offices will be closed on Tuesday in more than 30 counties.