In this photo, taken on Tuesday, smoke rises from a fire at the Intercontinental Terminals Co. near the Carpenter Elementary School in Deer Park, Texas. The blaze briefly reignited on Friday. 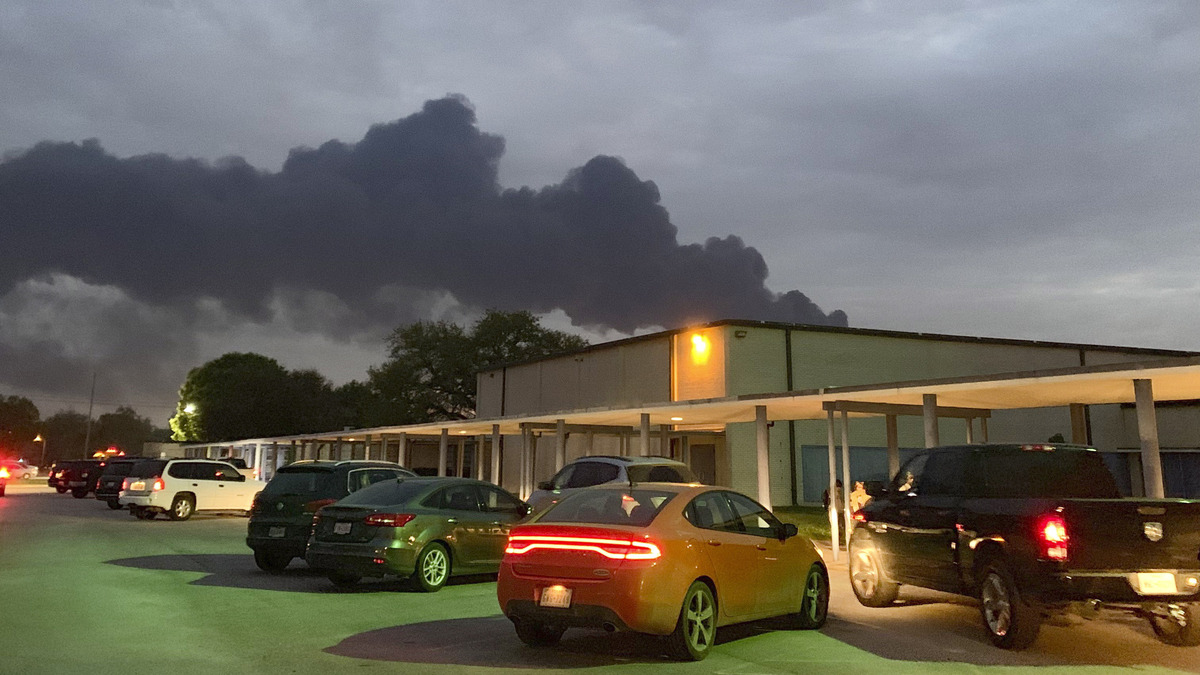 In this photo, taken on Tuesday, smoke rises from a fire at the Intercontinental Terminals Co. near the Carpenter Elementary School in Deer Park, Texas. The blaze briefly reignited on Friday.

A fire at a petrochemical plant outside of Houston briefly reignited Friday, sending up another plume of black smoke at a site where a blaze had erupted earlier this week. The fire was preceded by a chemical spill into the Houston Ship Channel.

As of Friday afternoon, the fire at a tank farm operated by the Intercontinental Terminals Co. in the city of Deer Park, just east of Houston, appeared to be contained, according to local reports. The incident delayed cleanup efforts for the original blaze which was initially extinguished on Wednesday after local authorities had issued shelter-in-place alerts to area residents. In the aftermath of that fire, the Environmental Protection Agency detected elevated levels of benzene.

The cause of Friday’s fire is still unknown. There are no reported injuries.

“ITC has a history of environmental violations, and this latest incident is especially disturbing and frightening,” Paxton said in a statement. “No company can be allowed to disrupt lives and put public health and safety at risk.”

Paxton described the impact of the original fire and the subsequent release of airborne chemicals:

“The fire caused the release of several air contaminants, including benzene. Most of the chemicals identified in the fire are used in the production of gasoline, and short-term exposure to their fumes can cause fatigue, dizziness, and headaches. Twice this week, residents of Deer Park and neighboring Galena Park were told to stay indoors because of concerns about unhealthy air quality. Those concerns also prompted Deer Park ISD and several other districts to cancel classes for several days.”

Friday’s reignited blaze occurred after a breach in a containment wall around the tank farm spilling chemicals and prompting the Coast Guard to temporarily shut down traffic in a part of the Houston Ship Channel, the site of the nation’s busiest petrochemical port.