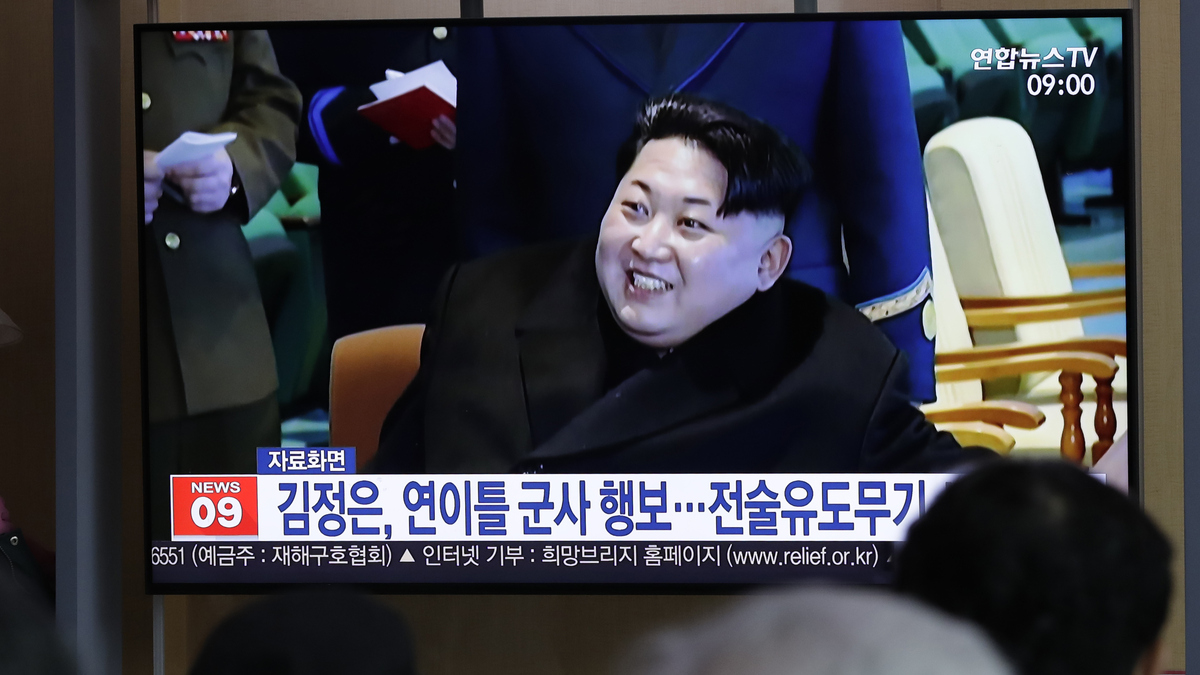 North Korea says its leader Kim Jong Un has overseen the testing of a “new-type tactical guided weapon.” With nuclear negotiations between the U.S. and North Korea stalled, Kim emphasized that he is continuing to upgrade his country’s military.

The North’s official Rodong Sinmun newspaper said Kim supervised the test at the Academy of Defense Science on Wednesday.

The report offered few details about the weapon, except that it was test-fired at various targets, carried a “powerful warhead” and had a “peculiar mode of guiding flight.”

The U.S. and South Korean governments have so far not commented on the test.

“Tactical weapons are for attacking South Korea, not the U.S.,” Park Hwee Rhak, a political scientist at Kookmin University in Seoul, and a former South Korean army colonel, commented in a phone interview.

“In these tense times, North Korea wouldn’t conduct a test lightly,” he added. “The weapon must be something that can pose a threat or incite terror,” and therefore is likely to contain some new technology or capability.

Last November, North Korea claimed to have tested an “ultra-modern” tactical weapon. No details have emerged as to what the weapon was.

North Korea has not tested any strategic weapons, such as nuclear devices or long-range missiles since late 2017.

Park Hwee Rhak says whether or not Wednesday’s test violates the North’s testing moratorium is a moot point, because the moratorium is unwritten and self-imposed, and not the result of any agreement.

Kim Jong Un, Rodong Sinmun reports, praised North Korea’s defense scientists and technicians for their achievements, saying that “there is no weapon impossible to make when they are determined to do so.”

The report added that Kim had set goals for “keeping munitions production going, and putting national defense science and technology on [a] cutting edge level.”

Satellite images suggest work has continued at facilities including the Yonbyon nuclear facility, and the Sohae rocket launch site, although analysts point out that the North’s self-imposed testing moratorium limits the improvements the North can make in building a nuclear-armed missile that could hit the continental U.S.

Kim has also made efforts to avoid diplomatic isolation. He is expected to meet with Vladimir Putin as early as next week. Russia has urged the U.N. to ease sanctions on the North. U.S. special envy on North Korea Steven Biegun is in Moscow Wednesday and Thursday ahead of the expected visit.

Last week, Kim gave a speech to the country’s parliament, the Supreme People’s Assembly, in which he emphasized that the country would make its domestic economy self-reliant, in the face of international sanctions.

He gave the U.S. a year-end deadline to offer new terms for a deal involving the North’s denuclearization, in exchange for sanctions relief, but he was pessimistic that the U.S. would get a better deal than the one he offered President Trump in Hanoi, Vietnam, in February.

Kim reportedly offered to shutter the country’s main nuclear facility in Yongbyon, in exchange for the lifting of key U.N. sanctions, a demand which Trump rejected, before departing from the summit ahead of schedule.

Analysts cite anecdotal evidence out of North Korea that the country’s economy is deteriorating under the impact of sanctions, making Kim’s plans to reform the economy unworkable. The only respect in which time appears to be on Kim’s side is his conventional and nuclear arsenals, which he now has time to develop.

He also has the option of waiting out the Trump administration, as Kim is in his 30s, and barring unforeseen circumstances, could rule his country for decades to come.