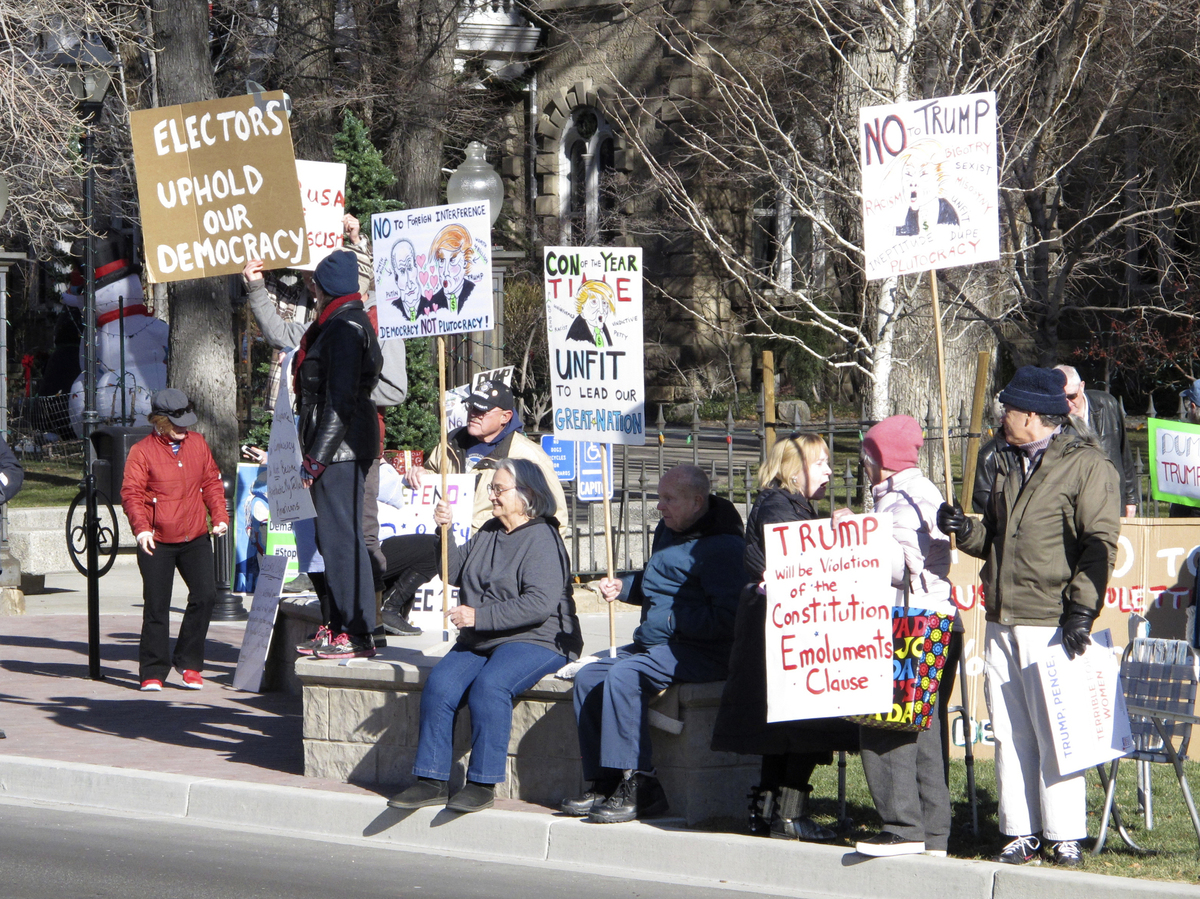 That would have been the result of the 2016 presidential election — if the National Popular Vote Interstate Compact were in effect.

With a state Senate vote Tuesday, Nevada is close to becoming the latest state to sidestep the Electoral College when it comes to electing presidents.

According to the National Popular Vote organization, which oversees efforts to convince states to join the compact, 14 states and the District of Columbia have already agreed to pledge their 189 electors to the winner of the national popular vote — regardless of which candidate won the state. Nevada, with its six electoral votes, would bring the total to 195. Once 270 electors are pledged, the compact would kick in.

The effort is part of a national movement to neuter the Electoral College and give more weight to the popular vote. Democrats in particular have been stung by the Electoral College, which effectively gives disproportional voting power to smaller, rural states that tend to vote Republican. In addition to President Trump, George W. Bush also won the White House without winning the popular vote.

Nevada’s senate vote to join the agreement was 12-8, entirely along party lines. Every Republican voted against the proposal. Gov. Steve Sisolak, a Democrat, has not indicated whether he will sign the measure into law.

As NPR has reported, the popular vote movement seems to be gathering steam. In February, only 11 states were on board. Since then, Colorado, Delaware and New Mexico have signed on.

But critics of the effort say it could make rural states irrelevant in choosing the president, and would give even more power to highly-populated states like California and New York. Presidential candidates might even forego campaigning in many states, they say.

“If we go to a national popular vote, why would they even bother coming here? Our constitution says we’re a republic, not a democracy,” Nevada Assemblyman Jim Wheeler said last month, according to The Washington Times. “I voted ‘no.'”