Montana Gov. Steve Bullock speaks at the Des Moines Register Soapbox during a visit to the Iowa State Fair in August 2018. 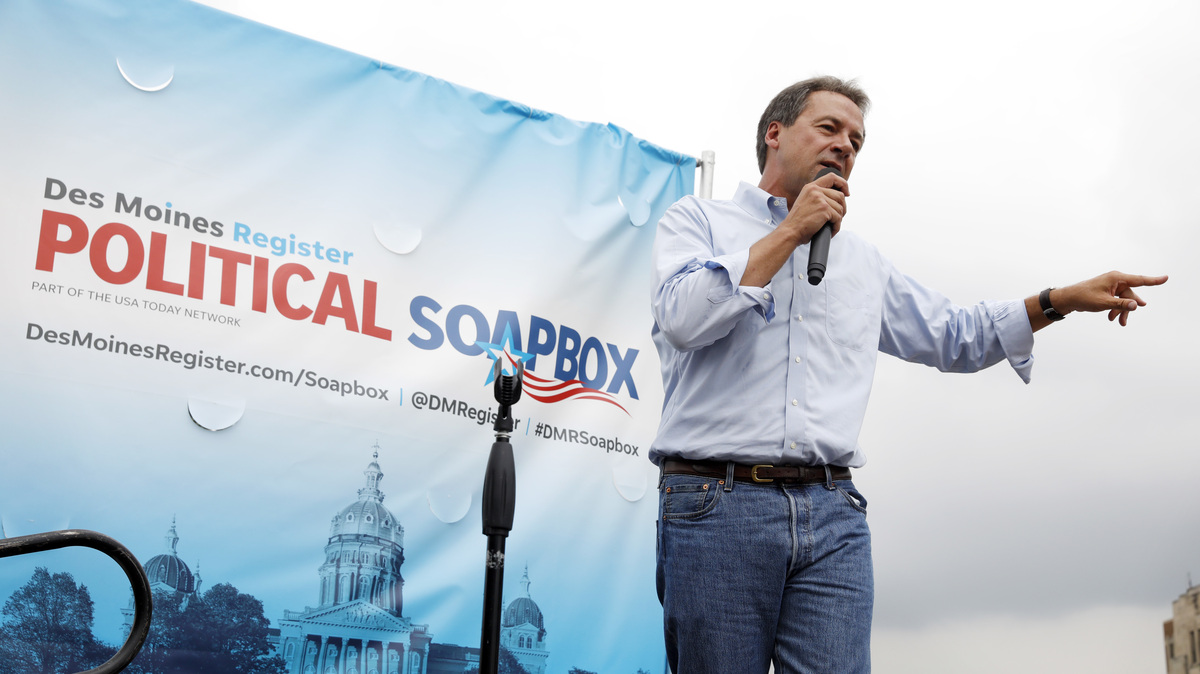 Montana Gov. Steve Bullock speaks at the Des Moines Register Soapbox during a visit to the Iowa State Fair in August 2018.

Montana Gov. Steve Bullock announced on Tuesday that he’s running for president, appealing to primary voters as a Democrat elected twice in a largely Republican state and joining a primary field of nearly two dozen candidates.

Bullock is focusing his campaign message on campaign finance, touting Montana’s election laws that he has championed as attorney general and governor, promising to “take our democracy back.”

“I believe in an America where every child has a fair shot to do better than their parents. But we all know that kind of opportunity no longer exists for most people; for far too many, it never has,” Bullock says in his announcement video. “We need to defeat Donald Trump in 2020 and defeat the corrupt system that lets campaign money drown out the people’s voice, so we can finally make good on the promise of a fair shot for everyone.

First elected in 2012, the popular Bullock was reelected in 2016 in Montana at the same time that President Trump carried the state by over 20 points.

The 53-year-old Democrat has long eyed a bid, visiting the Iowa State Fair last year and stumping in New Hampshire. In April, he started hiring staff for his political action committee, including in Iowa where the nominating process will begin with next February’s caucuses. But his low national profile will be a challenge in a campaign with so many candidates.

While Bullock’s more moderate positions could be problematic in a party that’s been moving more toward the left, he has adopted some liberal stances recently, including support for an assault weapons ban. Bullock also expanded Medicaid in his state, while working with a GOP legislature, and protected public lands.

Bullock had to address controversy in Feburary, after it was revealed that New York City Mayor Bill de Blasio had fired his former chief of staff, who previously worked for Bullock at the Democratic Governors Association, over sexual harassment allegations. Bullock wrote a post online acknowledging that as chair of the DGA he had dismissed the staffer, Kevin O’Brien, after a harassment complaint from another staffer. He apologized for not warning de Blasio when he hired O’Brien just weeks later.

“I was wrong and naive to think I did enough. I should have done more to ensure future employers would learn of his behavior,” Bullock wrote. “I also know these realizations come too late for the two women in New York City. For that, I’m deeply sorry.”

De Blasio has also been weighing a bid, and like Bullock would enter the race as a white man in the most diverse presidential primary field in history while Democrats debate the concept of “electability” and how it relates to women and candidates of color.

Appealing to the middle has become a common refrain as part of the electability conversation in the 2020 campaign, and Bullock will have to compete with a number of candidates making the same argument.

Minnesota Sen. Amy Klobuchar, former Colorado Gov. John Hickenlooper, Ohio Rep. Tim Ryan and others have made their ability to win votes in purple and red districts a major part of their pitch to voters. Former Vice President Joe Biden also argues that he has the ability to appeal to a wide swath of the electorate, including moderates who may have backed President Trump in 2016.