Measles Shots Aren’t Just For Kids: Many Adults Could Use A Booster Too

MMR — the modern combination vaccine against measles, mumps and rubella — provides stronger, longer-lasting protection against measles than the stand-alone measles vaccine typically given in the U.S. in the early 1960s. 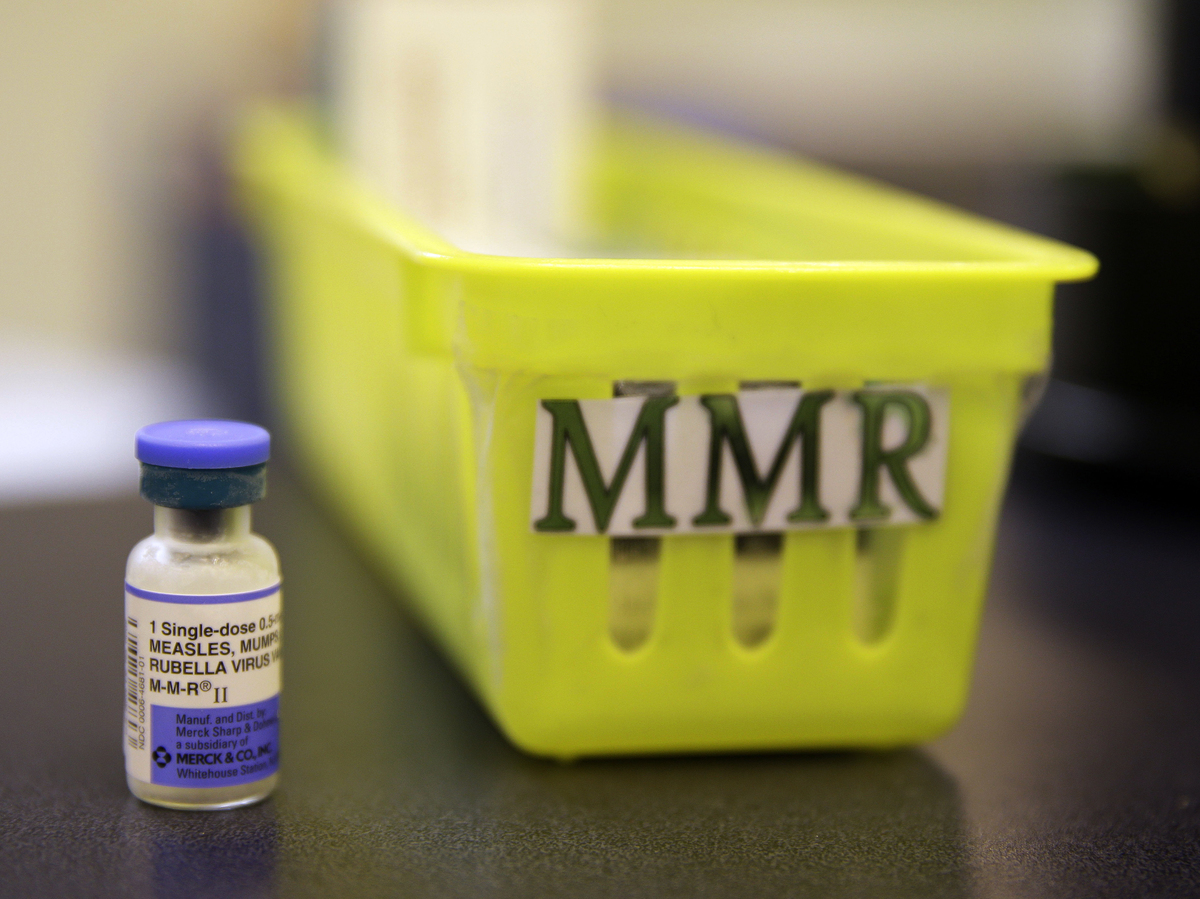 MMR — the modern combination vaccine against measles, mumps and rubella — provides stronger, longer-lasting protection against measles than the stand-alone measles vaccine typically given in the U.S. in the early 1960s.

Measles is on the rise again, all around the globe.

Though the number of people affected in the U.S. is still relatively low compared with the countries hardest hit, there are a record number of U.S. measles cases — the highest since the disease was eliminated in the U.S. back in 2000.

Measles has been documented in more than a third of states, with large outbreaks in New York and Washington.

And although the majority of people getting the illness now were never vaccinated, the expanding outbreaks have raised new questions about whether some older adults — including many of those born before the mid-1960s — should be revaccinated, along with some younger people uncertain of their immunization status.

According to the Centers for Disease Control and Prevention, people who were vaccinated prior to 1968 with an early version of the vaccine, which was made from an inactivated (killed) virus, “should be revaccinated” with at least one dose of live attenuated measles vaccine.

Today’s recommended vaccine is known as MMR and protects against measles, mumps and rubella.

“This recommendation is intended to protect those who may have received killed measles vaccine, which was available in 1963-1967 and was not effective,” according to this Q A on measles from the CDC.

Since few people born in the 1960s likely have their vaccination records handy, many may be uncertain as to whether they got the ineffective vaccine or were later vaccinated with the newer version. In addition, women of any age who are considering pregnancy should make sure their MMR vaccinations are up to date, according to the CDC.

If you’re uncertain of your immunization status, it’s safe, with a few exceptions, to go ahead and get an MMR shot now to minimize your chances of getting measles. And that’s the point: As an adult, you’re likelier to develop complications from the illness, which can include pneumonia and brain swelling, health officials say.

“There’s no downside to getting a dose of measles vaccine,” says William Schaffner, a professor at Vanderbilt University and an infectious disease and vaccine expert. “If you’re [already] protected, it won’t help much, but it won’t harm you. And if you happen to be susceptible, it will give you over 90 percent protection.”

This advice also applies to people born between 1957 and the early 1960 who may not have been vaccinated against measles at all.

Schaffner says it’s not a blanket recommendation — do check with your doctor. But it’s reasonable to consider getting the MMR shot, especially if you live in a community where there’s an outbreak of measles or if you’re traveling out of the country to places where there are outbreaks currently — including Israel, Brazil, Japan, the Philippines and some countries in Europe and Africa.

“If you were born between 1957 and 1963 and you are unsure of your measles immunization status, and you are so inclined, sure! Go ahead and get a dose of MMR,” Schaffner says.

Another option if you’re unsure of your vaccination status is to get a blood test to determine if you’re immune. But the CDC says this will likely take two doctor’s visits and cost more than a vaccination. So, it may be easier to just get the shot.

“There is no harm in getting another dose of MMR vaccine if you may already be immune to measles,” states this CDC measles summary.

Meanwhile, most of the eldest Americans — those born before 1957 — are considered to be protected against measles and don’t need a booster, because the virus was so widespread in their youth that nearly everyone was exposed.

The CDC does have some exceptions to that rule: Some health care workers born before 1957 (who have a higher chance, amid the current outbreaks, of coming into contact with people who have measles) should consider getting the MMR vaccine.

Still wondering which advice best fits you? Check with your doctor.

So far, even the hundreds of measles cases reported in the U.S. this year pale in comparison with the 1950s, when millions of people each year got measles. The CDC hopes to quash even today’s relatively low numbers — the longer the current outbreaks continue, the greater the risk the disease will regain its foothold in the United States.