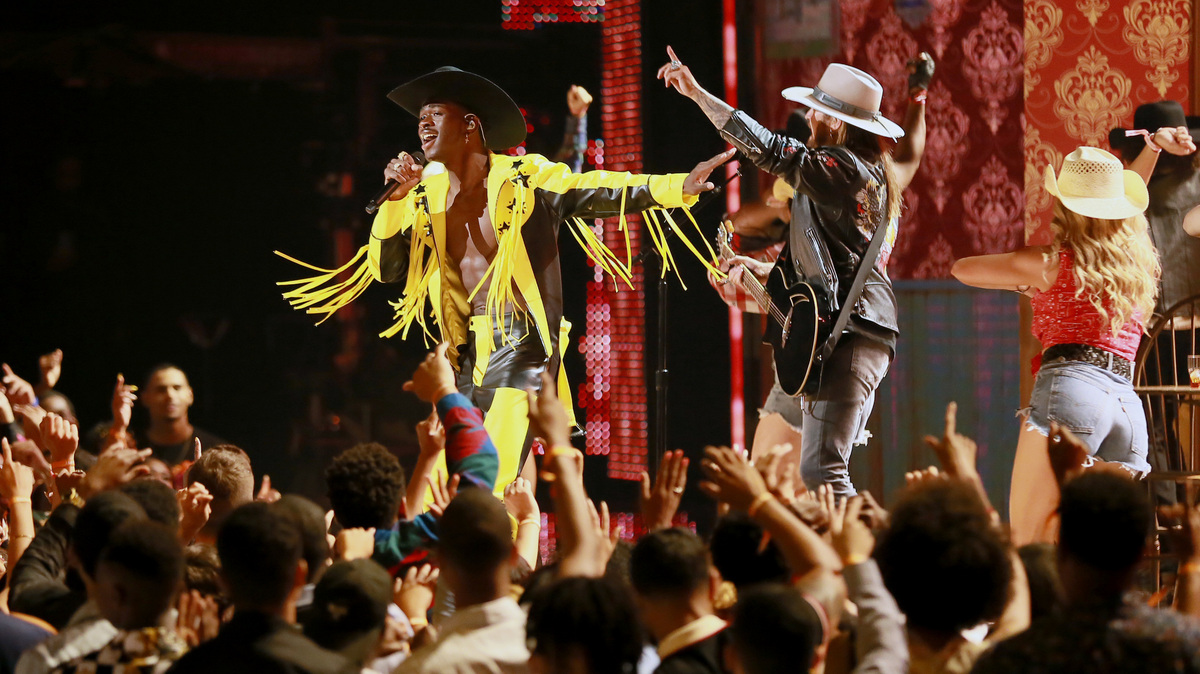 Less than a year ago, nobody knew the name Lil Nas X. Now, his song “Old Town Road” has set the record for longest time spent atop the Hot 100 singles chart.

The country-rap song has now occupied the top spot for 17 weeks, a feat that has not been achieved across the chart’s six-decade history. Last week, the song was in a three-way tie with for the previous record with “One Sweet Day” (1995) by Mariah Carey and Boyz II Men and the “Despacito” remix (2017) by Luis Fonsi and Daddy Yankee featuring Justin Bieber.

So how exactly did a 20-year-old, who less than a year ago had no name recognition and only some amateur music, earn this milestone? In part because he knows how to play the chart game. Billboard has a nebulous remix policy which allows remixes of a song to contribute to the chart tally of the original, as long as the remix is musically similar enough. Billboard senior director of charts Gary Trust says remixes can’t deviate too far in composition in order to count together, but he didn’t get into the details of the internal deliberation process. In this case, it appears changing the name, dropping a collaborator — this is the only remix without Billy Ray Cyrus — and adding new verses still falls within the policy.

“Old Town Road” now has five official versions, the latest of which was released last week, likely in an attempt to push listening numbers up into a record-breaking week — the same tactic Lil Nas X employed the week prior, by dropping the Young Thug and Mason Ramsey remix.

And this time, Lil Nas X surely figured he had a guaranteed strategy to ensure he clinched the record, enlisting the help of an artist from one of the biggest bands in the world. The new remix, “Seoul Town Road,” was a collaboration with RM (whose real name is Kim Nam-joon), who fronts the wildly popular K-pop group BTS. In five days, the song racked up over 400 million streams on Spotify (the album version of the Billy Ray Cyrus remix has about 538 million), and likely was the glue holding “Old Town Road” in the chart’s top slot.

Prior to week 16, Billie Eilish tried out Lil Nas X’s strategy by releasing a Justin Bieber remix of her No. 2 song, “bad guy.” Bieber has boosted songs before — such as “Despacito” — but he wasn’t enough this time. New music from other veteran chart-toppers, like Taylor Swift, Ed Sheeran and Post Malone, also couldn’t touch Lil Nas X in the last couple weeks.

At this point, it’s a running joke that the remixes will never end and “Old Town Road” will never fall. On the day of this latest remix, Lil Nas X tweeted “last one i PROMISSEE,” but there is evidence at least one other exists. A version with rapper Lil Wayne leaked last week, which Wayne told XXL was an official remix. The leak is an unpolished snippet of Wayne rapping over the version that includes Young Thug’s verse (yeah, Wayne remixed of a remix of the first remix). And celebrities — including Dolly Parton and Mariah Carey, to start — have been chiding all across social media about getting in on the fun, too.

Lil Nas X’s winning social media presence and curated personal brand (that yee-haw aesthetic) also drives the success of “Old Town Road.” The song originally jumped onto the charts in March by going viral on TikTok. In the Internet age, virality can define a song’s success on the charts and beyond. One of the first truly viral, come-from-nothing-to-something songs to top the charts was the “Harlem Shake” in 2013 (oh, yeah, forgot about that, did you?). At the time, it was the first song to hit No. 1 by an artist who was essentially unknown beforehand (it’s by Baauer, who hasn’t been on any U.S. charts since), assisted by a new formula from Billboard that factored YouTube plays into chart positions.