Former Chinese Premier Li Peng, shown here at the United Nations in 2000, has died at 90. 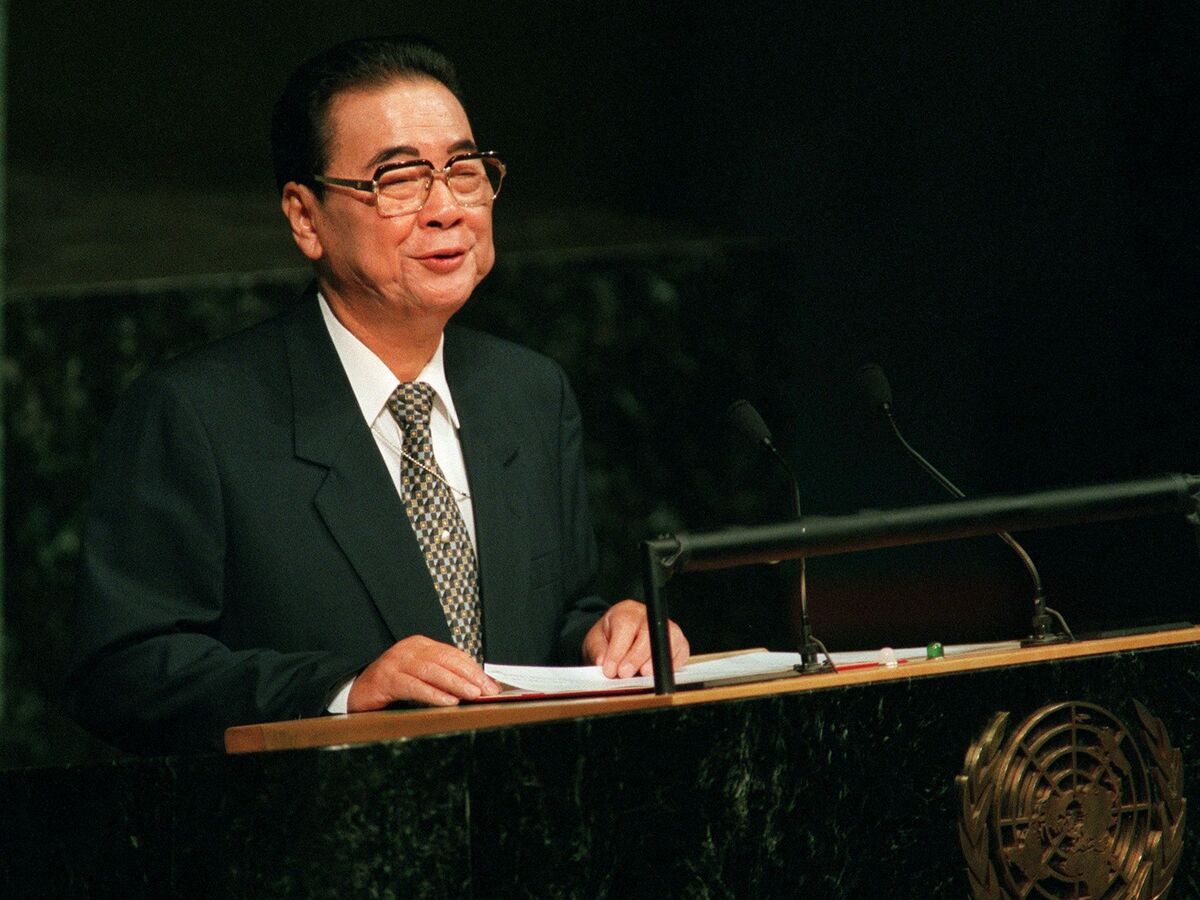 Former Chinese Premier Li Peng, shown here at the United Nations in 2000, has died at 90.

Former Chinese Premier Li Peng, who became known as the “Butcher of Beijing” for playing a major role in the brutal crackdown on the Tiananmen Square student protests in 1989, has died at the age of 90.

Li held senior government positions in China in the 1980s and 1990s. He died on Monday evening from an unspecified illness, the official Xinhua news agency reported. Xinhua described Li as a “time-tested and loyal communist soldier, and an outstanding proletarian revolutionist, statesman and leader of the Party and the state.”

Historians have long debated Li’s role in the ultimate decision to send soldiers to clear Beijing’s Tiananmen Square on June 4, 1989: Was he merely following orders from China’s then-de facto leader Deng Xiaoping or did Li push Deng to make the final call?

History will likely judge that Li deserved his moniker. In May 1989, as the pro-democracy protests gained strength in Tiananmen Square, Li angrily told students at a meeting that “The situation will not develop as you wish and expect,” as The Associated Press reported. A day later, he told the public in a televised address that he was declaring martial law.

Li’s declaration paved the way for troops to descend upon the peaceful protesters the next month. Hundreds or even thousands of people died, though the government has never released a death toll and suppresses any discussion of the bloody incident.

The level of censorship is so high that the image of a man standing down a tank – one of the most iconic photographs ever taken – is unfamiliar to many people in China.

In a public diary entry about that time, Li maintained that he “firmly stood on the right side of the line with Comrade Deng Xiaoping.”

China’s Communist Party leadership doubled down on its support behind Li’s martial law approach to the protests in its official state obituary on Tuesday.

It said that at that time, Li “took decisive measures to stop the unrest and quell the counter-revolutionary riots.” His decisions, the official obituary stated, “stabilized the domestic situation and played an important role in this major struggle concerning the future of the party and the country.”

The government’s staunch support for the deadly crackdown comes during tense times for China’s leadership, as mass protests in semi-autonomous Hong Kong against Beijing continue to intensify. The glowing celebration of Li’s legacy within mainland China suggests Beijing isn’t willing to back down in 2019, either.

While Li will be remembered internationally for the legacy of Tiananmen Square, in China his economic strategy will likely rise to the fore. During his time as premier, the economy grew considerably, living standards improved and the role of private businesses dramatically expanded. Li implemented major economic reform, such as creating special economic zones and transforming a largely rural country into one of the biggest economies in the world. Still, Li never received the historical acclaim and prestige that other leaders of his era, such as economic reformer and Li’s successor, Zhu Rongji, attained.

Li also strongly advocated for construction of the massive Three Gorges Dam, a giant infrastructure project to build a powerful hydroelectric dam across the Yangtze River. It displaced more than 1.4 million people and continues to be marred by environmental and construction issues.