Rep. Elijah Cummings, D-Md., appears during a hearing of the House Oversight and Reform Committee on June 26, 2019. 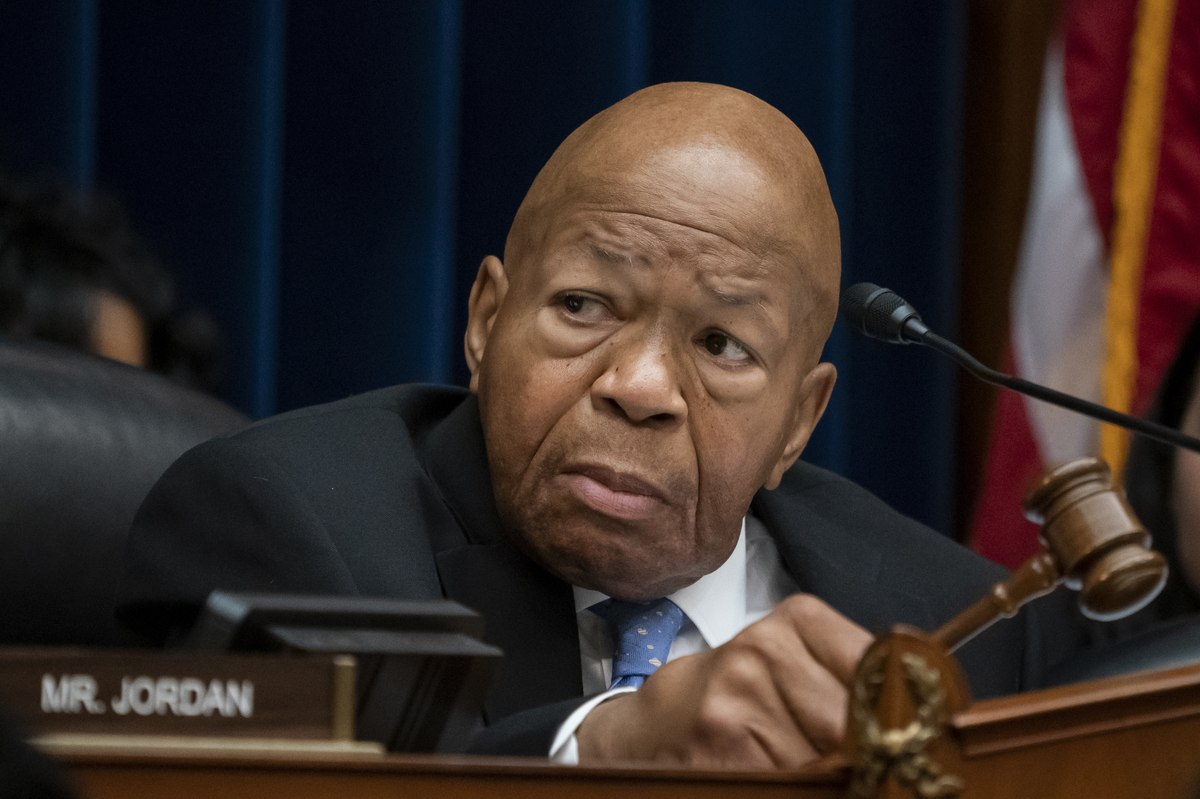 Rep. Elijah Cummings, D-Md., appears during a hearing of the House Oversight and Reform Committee on June 26, 2019.

Maryland leaders and residents are condemning a series of tweets by President Trump on Saturday that attacked Rep. Elijah Cummings and derided the black congressman’s district as “a disgusting, rat and rodent infested mess.”

Rep, Elijah Cummings has been a brutal bully, shouting and screaming at the great men women of Border Patrol about conditions at the Southern Border, when actually his Baltimore district is FAR WORSE and more dangerous. His district is considered the Worst in the USA……

Cummings has been a vocal critic of the president, recently calling the administration’s treatment of migrant children at border facilities a form of “government-sponsored child abuse.” He also serves as chair of the the House Oversight and Reform Committee, which has opened at least 24 probes into the Trump administration, according to a tally by NBC. On Thursday, the committee voted to authorize subpoenas for records of senior White House officials’ use of personal email and text services for business purposes.

Cummings responded to the president on Saturday, writing on Twitter that he was a dedicated advocate for his constituents.

“Mr. President, I go home to my district daily. Each morning, I wake up, and I go and fight for my neighbors,” he said.

He added, “It is my constitutional duty to conduct oversight of the Executive Branch. But, it is my moral duty to fight for my constituents.”

Mr. President, I go home to my district daily. Each morning, I wake up, and I go and fight for my neighbors.

It is my constitutional duty to conduct oversight of the Executive Branch. But, it is my moral duty to fight for my constituents.

Cummings then urged the president to aid him in providing for his district by helping pass a bill that would allow the government to negotiate for lower drug prices.

Cummings’ response was followed by sharp criticism of the president from leaders across Baltimore and Maryland.

The mayor of Baltimore, Bernard C. “Jack” Young, tweeted a statement calling Trump’s tweets “completely unacceptable” and a vicious attack on Cummings and the city. “Mr. Trump, you are a disappointment to the people of Baltimore, our country and our world,” he wrote.

“This is an example of the racist bully we have as a president, lashing out at Elijah Cummings for speaking the truth and for standing up to the president and his policies,” Sen. Chris Van Hollen, D-Md., told the Washington Post. “And the president just can’t take that and lashed out in a way that clearly had racial overtones.”

And in a blistering op-ed, The Baltimore Sun wrote that Trump’s decision to depict Cummings, a black congressman presiding over a majority-black district, as an incompetent lawmaker presiding over a “dangerous” and “disgusting, rat and rodent infested mess” was a political move intended to “[warm] the cockles of the white supremacists who love him.”

“We would not sink to name-calling in the Trumpian manner,” the op-ed read. “… We would tell the most dishonest man to ever occupy the Oval Office, the mocker of war heroes, the gleeful grabber of women’s private parts, the serial bankrupter of businesses, the useful idiot of Vladimir Putin and the guy who insisted there are ‘good people’ among murderous neo-Nazis that he’s still not fooling most Americans into believing he’s even slightly competent in his current post. Or that he possesses a scintilla of integrity. Better to have some vermin living in your neighborhood than to be one.”

Peter Jensen, who wrote the Baltimore Sun editorial, told NPR’s Lulu Garcia-Navarro on Sunday that he considered Trump’s tweets “a political strategy and a cheap shot.”

“This particular tweet, series of tweets … is just beyond the pale,” said Jensen. “It’s so obvious what’s going on, it’s not excusable, so you have to stand up for the people who don’t have a voice in this.”

The president’s remarks came two weeks after he sparked a similar outrage with a series of racist tweets aimed at four first-year congresswomen who are all minorities. In the tweets, Trump said the congresswomen should “go back and help fix the totally broken and crime infested places from which they came.” All four of the congresswomen are U.S. citizens, and all but one were born in the U.S.

The tweets followed a pattern that the president has used when discussing black political leaders on Twitter. A 2018 examination of the president’s Twitter feed by NPR’s Ayesha Rascoe looked at Trump’s tweets about black people, finding they provided a “snapshot of a president who directs venomous tirades at black public figures who bash him, while singling out black celebrities who support him for praise.”

Responding to the president on Twitter on Saturday, House Speaker Nancy Pelosi, D-Calif., called Cummings a “beloved leader in Baltimore, and deeply valued colleague” and urged Democrats to “reject racist attacks against him and support his steadfast leadership.” Pelosi grew up in Baltimore, and her father was once the city’s mayor.

Trump responded to the criticism on Sunday by doubling down, attacking Pelosi’s district in San Francisco as “not even recognizeable lately” and accusing Democrats of playing “the Race Card.”