Thousands of public school teachers and their supporters protested against a pension reform bill at the Kentucky state Capitol in April. The state’s Supreme Court has now struck down the law. 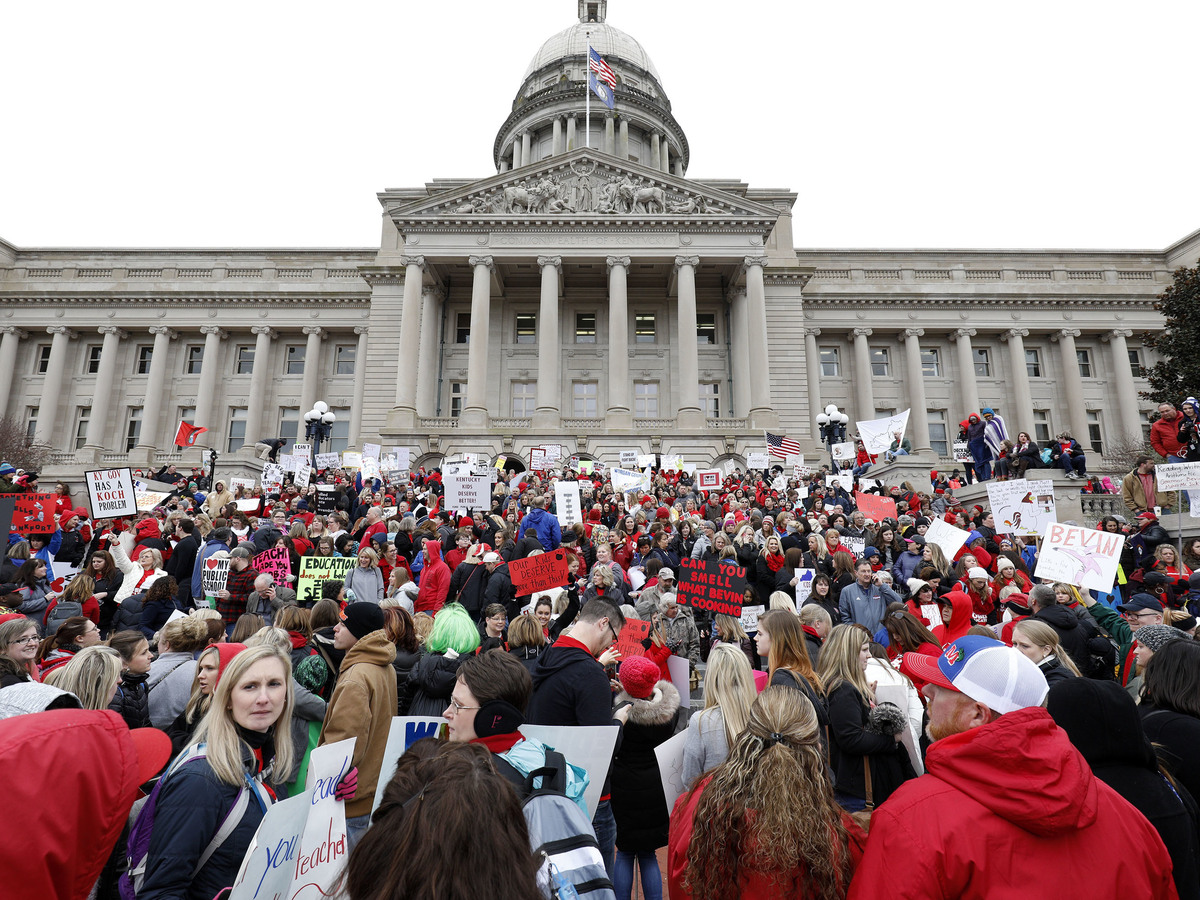 Thousands of public school teachers and their supporters protested against a pension reform bill at the Kentucky state Capitol in April. The state’s Supreme Court has now struck down the law.

Kentucky’s Supreme Court has struck down a pension law that spurred thousands of the state’s teachers to protest last spring.

The court ruled that the way the pension bill was passed didn’t give lawmakers in the state legislature a “fair opportunity” to consider it. In a surprise maneuver, both chambers pushed the measure through in a matter of hours — before the public or even some lawmakers had had a chance to read it.

On March 29, after previous versions of the legislation had stalled, the Republican majority turned what had been an 11-page sewer bill into a 291-page pension bill and passed it in just hours. Kentucky law requires a bill to be read three times over three different days; the legislature tried to claim that readings when it was still a sewer bill counted, but the judge disagreed.

Republican Gov. Matt Bevin signed the bill into law in April, but a circuit court judge struck it down in June, ruling that lawmakers had violated the Kentucky Constitution in the process they used to pass the bill.

With its decision Thursday, the Kentucky Supreme Court has upheld that judge’s ruling, marking a major victory for state employees, as well as Democratic Attorney General Andy Beshear, who had challenged the law.

The decision may also have political consequences: Bevin says he will seek re-election, and Beshear plans to run for the governorship, as well.

Kentucky House Republicans released a statement critical of the Supreme Court’s ruling, saying the decision shows “a complete and total lack of understanding for the separation of powers.”

Bevin called the ruling “an unprecedented power grab by activist judges.” Beshear, meanwhile, hailed it as “a landmark win.”

“The pension law would have changed how current workers can use saved-up sick days to qualify for retirement, and required employees hired between 2003 and 2008 to pay 1 percent of their salaries for retiree health insurance.

“Future teachers would no longer receive defined benefit pensions that guarantee benefits from the point of retirement until death, instead receiving ‘hybrid cash-balance’ plans that rely on stock market growth.

“Some state workers hired since 2014 would also have the guaranteed rate of return into their hybrid plans reduced from 4 percent to 0 percent.”

Since the scuffle over the legislation, the Kentucky Teachers’ Retirement System has been improving, the AP reports: