ISIS Hostage, Captured In 2012, Is Thought To Be Alive, U.K. Minister Says

British photojournalist John Cantlie is seen in this video image released in December 2016 in what appeared to be central Mosul, Iraq. He was abducted by the Islamic State in 2012. 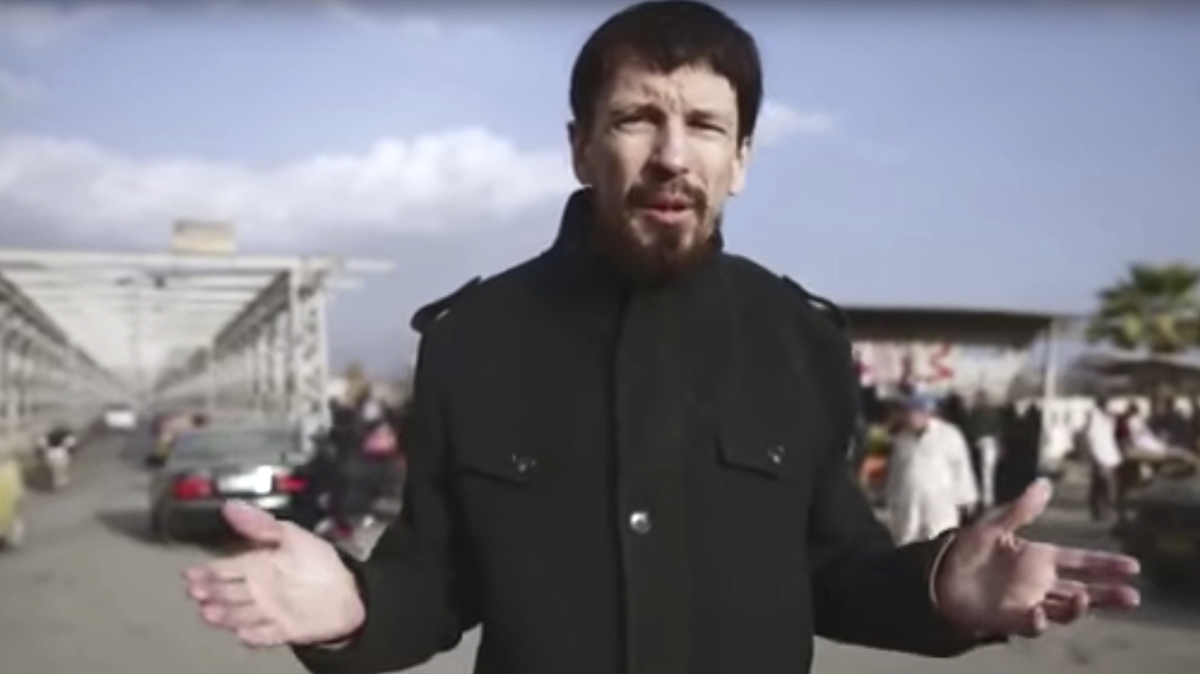 British photojournalist John Cantlie is seen in this video image released in December 2016 in what appeared to be central Mosul, Iraq. He was abducted by the Islamic State in 2012.

More than six years have passed since British photojournalist John Cantlie was abducted by the Islamic State in Syria. On Tuesday, a top official said the British government believes he is still alive.

Speaking to journalists in London, Security Minister Ben Wallace did not disclose the intelligence that led the government to that conclusion. But he said officials believe Cantlie is still being held by ISIS extremists.

“We are aware of the current news circulating that John Cantlie is alive, whilst this is not substantiated at present, we continue to hope and pray that this turns out to be true,” his family said on Twitter.

Between 2014 and 2016, ISIS released a series of propaganda videos that featured Cantlie. In one of the earlier videos, he appeared in an orange jumpsuit, sitting at a desk with a black background, presumably speaking under duress.

“In this program, we will see how Western governments are hastily marching toward all-out war in Iraq and Syria without paying any heed to the lessons of the recent past,” he said. “Not since Vietnam have we witnessed such a potential mess in the making,” he added.

The last video to emerge that showed Cantlie was published in December 2016, as the offensive on Mosul was ramping up.

Numerous sightings have since been reported, but Tuesday’s announcement by Wallace marks the first public statement by the British government.

Iraq’s Kurdistan 24 reported in January that the journalist was still alive. Citing a Syrian Democratic Forces director named Mustafi Bali, the outlet said Cantlie was seen in Mosul, Iraq, during an offensive against ISIS. The official said Cantlie “is still alive and is moving around” Hajin — the last urban ISIS stronghold in eastern Syria which U.S. and Kurdish forces attacked in January.

In October 2017, Paris Match quoted an ISIS fighter who said he saw the journalist “seven or eight months ago” while in prison. He said Cantlie was asking inmates about how they were being treated, and was holding an ISIS-stamped document.

Cantlie was also reported dead in 2017 by media citing Iraq’s Al-Sura News Agency, which said he was killed in the Mosul operation.

Before Cantlie was taken captive, he was a worked as a war photographer, contributing to such publications as The Sunday Times and The Sunday Telegraph. He was first kidnapped in July 2012, but escaped with assistance from the Free Syrian Army.

“These guys were quite amateur-ish, a lot of them were very young,” he said of his captors in an interview with Al Jazeera. “They were there I would almost say on a jihadi holiday.”

The second abduction occurred when he returned to Syria in November 2012. He had left an Internet café with American journalist James Foley when armed men captured them on the road to Turkey.

Foley was beheaded in 2014, the grisly killing documented in a video released by ISIS. American journalist Steven Sotloff and British aid worker David Haines were also among the hostages that ISIS killed.

“Speaking entirely for myself, this is not how I would have imagined I would be spending my 81st year,” Cantlie’s father, Paul Cantlie, said in a hospital bed in October 2014. “I want John to know how very proud I am of him. I can think of no greater joy than seeing him again, released and allowed to return to those that love him.” He died later that month.

Wallace told reporters that the British government has a policy of not paying ransom for hostages.

His announcement comes in the wake of President Trump’s December declaration that ISIS had been “defeated” and U.S. troops would be withdrawn from Syria, sparking widespread outcry.

“I was not consulted,” said Gen. Joseph Votel, the top commander in the Middle East, who spoke Tuesday at a hearing held by the Senate Armed Services Committee.

He added, “The fact is the president made a decision, and we are going to execute his orders here to withdraw from Syria. And as we do that, we are going to do that in a very deliberate manner.”