Customers walk near makeshift fruit and vegetable shops set in front of destroyed buildings in the northern Syrian city of Raqqa earlier this month. 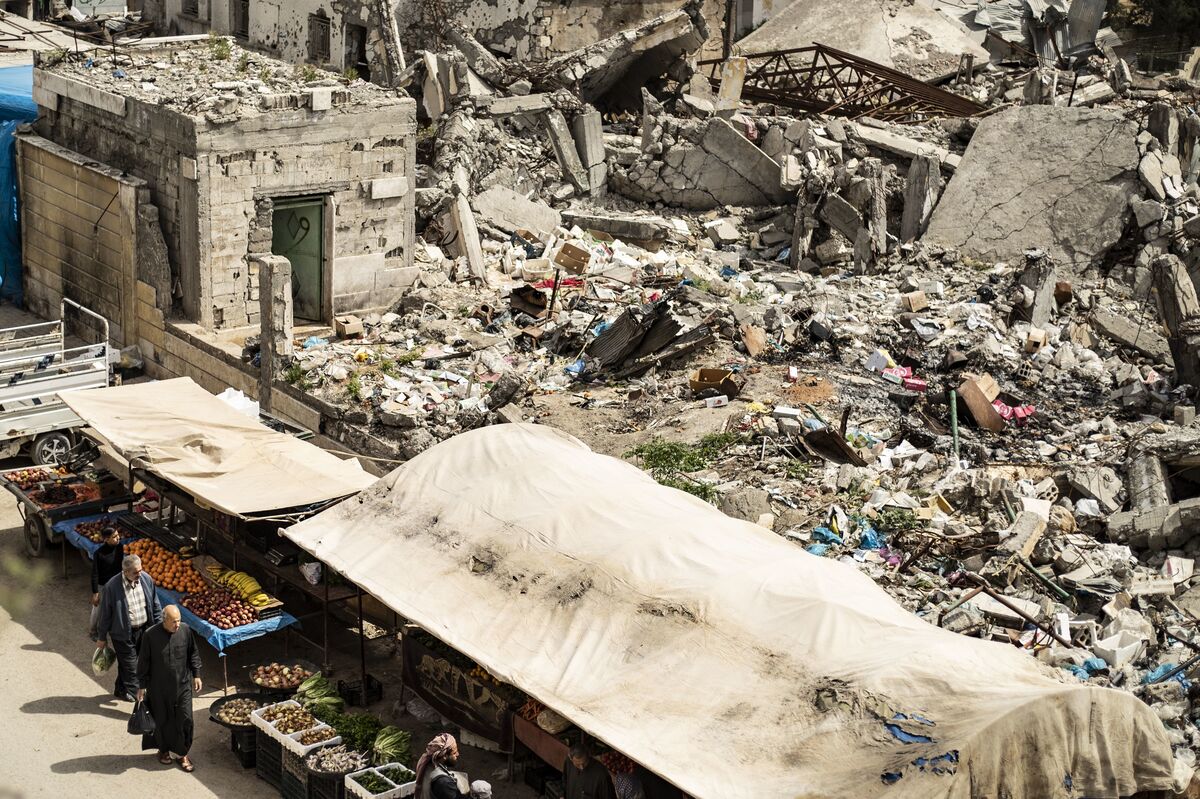 Customers walk near makeshift fruit and vegetable shops set in front of destroyed buildings in the northern Syrian city of Raqqa earlier this month.

According to Amnesty International, the U.S.-led coalition’s offensive against ISIS in Raqqa killed nearly 10 times more civilians than the U.S. military has acknowledged.

Amnesty produced names of more than 1,000 people reported killed from June to October 2017 in the northern Syrian city. The group says it has directly verified 641 of those and that its researchers have “credible” reports of an additional 600. Amnesty adds that its conservative estimate of the number of civilians killed is at least 1,600.

In what it calls the “most comprehensive investigation into civilian deaths in a modern conflict,” the rights group accuses the U.S.-led coalition of indiscriminate use of artillery force in densely populated areas.

The U.S. military says its coalition has determined at least 180 civilians were unintentionally killed during that period in Raqqa and that there are still open investigations.

“First and foremost, any unintentional loss of life during the defeat of Daesh [ISIS] is tragic,” says Col. Scott Rawlinson, a spokesperson for Combined Joint Task Force — Operation Inherent Resolve. “However it must be balanced against the risk of enabling Daesh to continue terrorist activities, causing pain and suffering to anyone they choose.”

Rawlinson adds that “the coalition takes all reasonable measures to minimize civilian casualties.”

Over the course of four months in 2017, coalition forces surrounded and bombarded the city, which had been ISIS’s de facto capital since 2014. Seizing it back was seen as crucial in the fight against the militant group.

When the offensive launched, ISIS was firmly entrenched in Raqqa — and human rights groups at the time estimated that there were tens of thousands of civilians living there.

The U.K.-based nonprofit Airwars, which partnered with Amnesty for this report, said at least 21,000 airstrikes and artillery strikes hit Raqqa during this period. “According to an Airwars analysis, at least 95 per cent of strikes in Raqqa and all artillery strikes were American,” the group added.

Amnesty International researchers spent months in Raqqa, collecting data and testimony from survivors. NPR’s Ruth Sherlock spent time on the ground with Amnesty and with groups searching for bodies in the rubble of the devastated city.

More than a year after the U.S. offensive concluded, Sherlock reported that the workers said they had found more than 2,600 bodies — and they believed most of them were killed by coalition strikes during the offensive.

The scenes were horrific. “Three recovery workers pull out the delicate skeletons of two children from under the debris of a partially collapsed home,” Sherlock reported. “And across the city, in what was once Raqqa’s public park, men unearth more bodies from a mass grave.”

During the offensive, the Islamic State group kept civilians trapped in the city, even as the bombs rained down.

“Thousands of civilians were killed or injured in the U.S.-led coalition’s offensive to rid Raqqa of ISIS, whose snipers and mines had turned the city into a death trap,” said Donatella Rovera, Amnesty’s senior crisis response adviser who worked on this investigation. “Many of the air bombardments were inaccurate and tens of thousands of artillery strikes were indiscriminate, so it is no surprise they killed and injured many hundreds of civilians.”

Amnesty said that standard artillery shell strikes from an M777 howitzer have “an average margin of error of over 100 meters.” Rawlinson said the munitions are guided by GPS and are “accurate from 1-3 meters.” He did not immediately respond to a question about how much of the artillery used in Raqqa was actually precision-guided.

Rawlinson has also not clarified whether civilian deaths from artillery strikes as well as airstrikes are included in the coalition’s total.

A Marine Times article said that two howitzer weapons “burned out” because of the sheer number of consecutive artillery rounds fired during the Raqqa offensive.

It’s not just rights groups questioning the choice to use artillery in Raqqa.

“I sure as hell wouldn’t recommend using artillery in an urban area. That’s insane,” says retired U.S. Air Force Lt. Gen. David Deptula, who ran the air campaigns in the first Iraq War and in the U.S. war in Afghanistan. While he says there are varying degrees of precision in artillery, he adds that “artillery in general is an order of magnitude more inaccurate than precision-guided weapons dropped from the air.”

Amnesty’s website includes individual profiles of 1,028 named victims, along with a description of Amnesty’s understanding of how and where they died.

It’s not clear the extent to which the U.S. military is investigating the deaths. Rawlinson says they conduct a “thorough investigation” of all allegations, but he did not immediately respond to a question about whether they are investigating by speaking to people on the ground, as Amnesty has.

Deptula tells NPR that he believes the coalition takes great pains to minimize civilian casualties. But he says that he believes a strategic error from the U.S. has ultimately led to many more civilians being killed than otherwise would have been. He says the Obama administration took a gradual approach initially in Syria, and the U.S. later ramped up its campaign.

Deptula argues that it would have been most effective to use much larger amounts of force at the beginning — years before the Raqqa offensive started.

“There’s no such thing as immaculate warfare,” he says. “It is the worst and most horrible application of resources that mankind has designed and therefore its use should be rapid, swift and to eliminate the adversary who is causing the civilian casualties in the first place.”

A lack of decisive action early on in the campaign, he adds, “had an impact in extending the war … resulting in greater civilian casualties.”