In Trump’s Trade War, Americans Will Be Asked To Show Economic Patriotism

Chinese shipping containers are stored at the Port of Los Angeles in Long Beach, Calif. Americans like trade, in bigger numbers than ever. But they also believe China doesn’t play fair in trade. 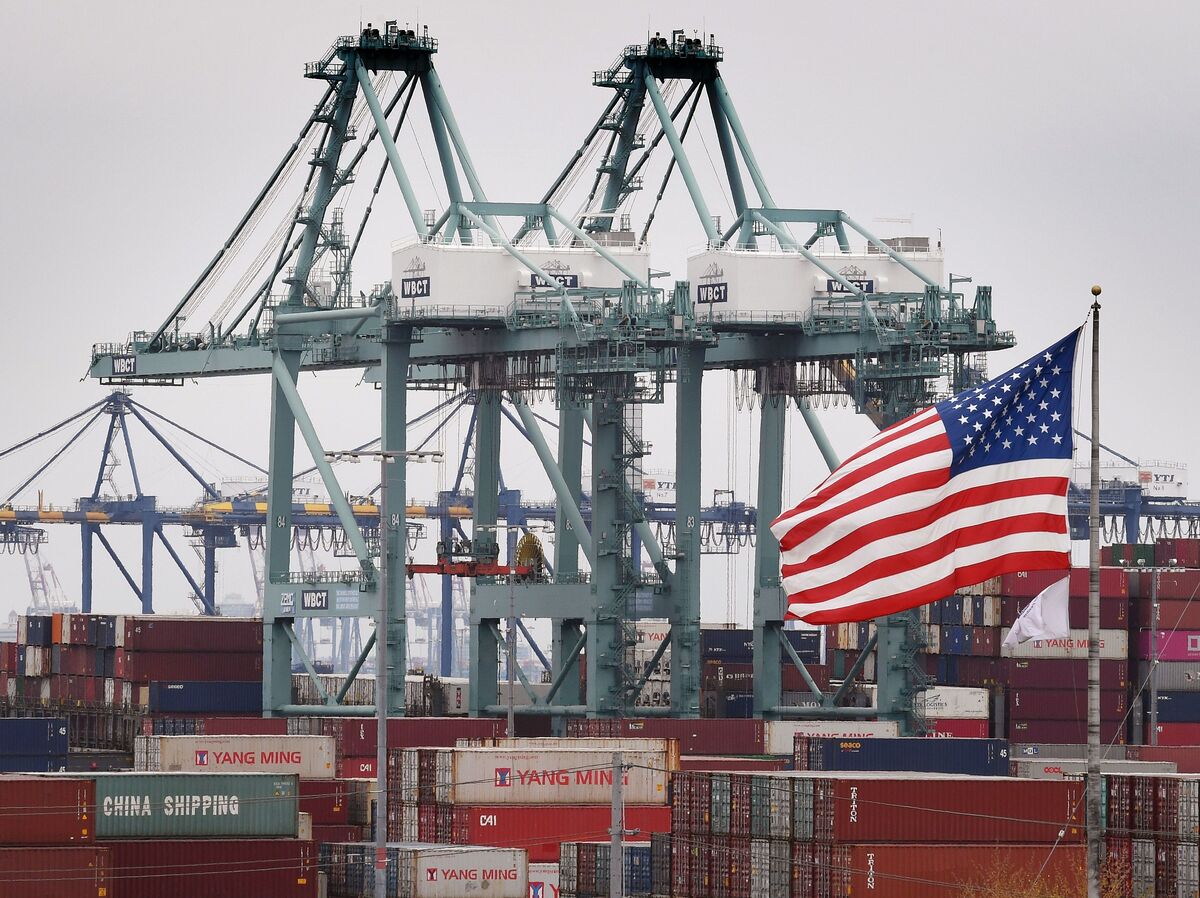 Chinese shipping containers are stored at the Port of Los Angeles in Long Beach, Calif. Americans like trade, in bigger numbers than ever. But they also believe China doesn’t play fair in trade.

“But sometimes when the bully just doesn’t listen, you’ve got to punch him in the mouth. And that’s what he’s doing.”

Best supports the president’s actions even though they affect him directly. The price of the heating and air conditioning units that his company sells went up by as much as $150 apiece after the cost of building them went up because Trump placed tariffs on steel and aluminum imports last year. He was forced to pass the increase onto his customers.

Trump will have to appeal to Americans’ national pride, and even their patriotism, to succeed in leveling the playing field with China. That’s because virtually every American is likely to feel an impact if Trump’s tariffs go forward on just about everything imported from China. He will have to persuade Americans that what’s at stake transcends their own interests.

Americans may not like paying higher prices on imported products, but they are more likely to tolerate them if they perceive that American values are at stake, says Henry Olsen, senior fellow at the Ethics and Public Policy Center.

“I think you have an element of patriotism,” Olsen says. “People recognize that the Chinese government is not a free government, it’s not a democratic government, and that it’s increasingly becoming a threat to us and the other countries that do believe in those things.”

As an abstract idea, Americans are big backers of trade. Seventy-four percent see trade as a net positive for the economy. Mohamed Younis, editor-in-chief at Gallup News, says most people believe trade lowers prices over all and leads to a greater selection of products.

But 62% of Americans believe trade with China is unfair, he says.

Tariffs are like taxes paid by importers at U.S. ports when they clear customs. Those businesses have to either swallow the cost themselves or pass it on to customers. The risk for Trump is that Americans will balk at paying higher prices. So far, there’s little no evidence that’s happening.

And support from some of the hardest hit remains firm. Even farmers, who have bore the brunt from the trade war, continue to support Trump in large numbers, says Rhonda Brooks, editor of Farm Journal, which regularly surveys ranchers and farmers about their political views.

“They believe very strongly that this is a president who is more than any president in recent history actually who’s really been talking about farmers and at least acknowledging them and that he wants to help them,” Brooks says.