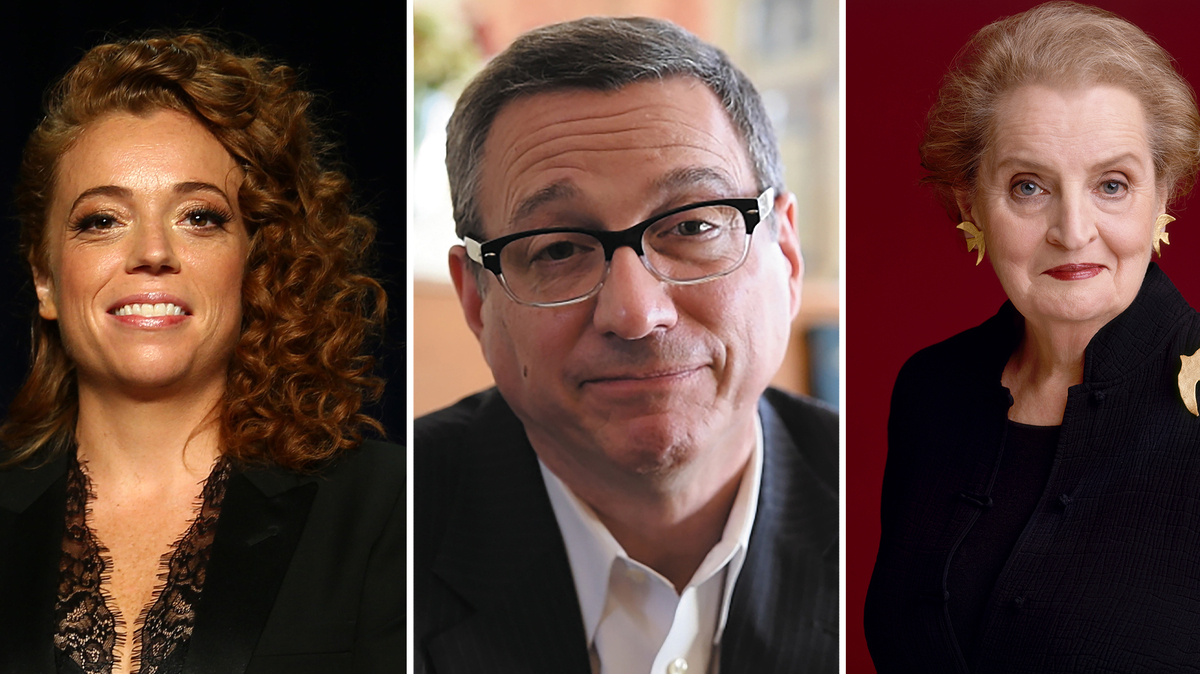 In a year of big headlines, Fresh Air continued to dive deep, broadcasting in-depth interviews on topics that ranged from the magnificent to the microscopic. We spoke with scientists, journalists, activists, filmmakers and two free climbers who conquered a surface on Yosemite’s El Capitan that was once thought impenetrable. Our conversations with James Comey and Bob Woodward gave us a deeper understanding of the Trump presidency.

When we looked at the numbers, we found the most clicked-upon interview of the year was with former Secretary of State Madeleine Albright, who warned of a rise of authoritarianism worldwide.

You’ll find that conversation, and many more, in this list of the 10 most popular Fresh Air interviews of 2018:

1. Madeleine Albright Warns: Don’t Let Fascism Go ‘Unnoticed Until It’s Too Late’ The former secretary of state describes President Trump as “the most anti-democratic leader that I have studied in American history.” Albright’s new book is Fascism: A Warning.

2. Comic Michelle Wolf Responds To Backlash: ‘I’m Glad I Stuck To My Guns’ Though critics argued that the comedian’s barbed monologue at this year’s White House Correspondents’ Dinner was too pointed, in this exclusive interview, Wolf stood by her set: “I wouldn’t change a single word.”

3. Once Militantly Anti-Abortion, Evangelical Minister Now Lives ‘With Regret’ After decades working to block access to clinics, the Rev. Rob Schenck says he had a change of heart and sees abortion as an issue that should be resolved by “an individual and his or her conscience.”

4. First-Ever Evictions Database Shows: ‘We’re In the Middle Of A Housing Crisis’ Matthew Desmond estimates that 2.3 million evictions were filed in the U.S. in 2016 — a rate of four every minute. “Eviction isn’t just a condition of poverty; it’s a cause of poverty,” he says.

5. Reluctant Psychonaut’ Michael Pollan Embraces The ‘New Science’ Of Psychedelics Author Michael Pollan, who experimented with mushrooms, LSD and other psychedelics while researching his latest book, says: “I had an experience that was by turns frightening and ecstatic and weird.”

6. John Oliver Finds Humor In The News No One Wants To Hear About On Last Week Tonight, Oliver dives into often obscure stories, like NRATV and the laws that govern televangelism. He describes the show’s style as “the slowest improv you’ve ever seen.”

7. Memoirist: Evangelical Purity Movement Sees Women’s Bodies As A ‘Threat’ In Pure, Linda Kay Klein reflects on the “deep, long-lasting shame” caused by churches that claim women and girls are responsible for the sexual desires of men.

8. Bob Woodward: ‘People Need To Wake Up’ To What’s Happening Under Trump The veteran journalist was shocked by the tactics White House staff use to circumvent Trump: “I’ve never heard in any way of staff going around a president this way.” Woodward’s latest book is Fear.

9. Memoirist Retraces Her Journey From Survivalist Childhood To Cambridge Ph.D. Growing up, Tara Westover had no birth certificate, never saw a doctor and didn’t go to school. She writes about her awkward transition into the mainstream in Educated: A Memoir.

10. How ‘Bad Medicine’ Dismisses And Misdiagnoses Women’s Symptoms Journalist Maya Dusenbery argues that medicine has a “systemic and unconscious bias” against women that is rooted in “what doctors, regardless of their own gender, are learning in medical schools.”

Popular Interviews From Past Years