Children line up to enter a tent at the Homestead Temporary Shelter for Unaccompanied Children in Homestead, Fla., in February. 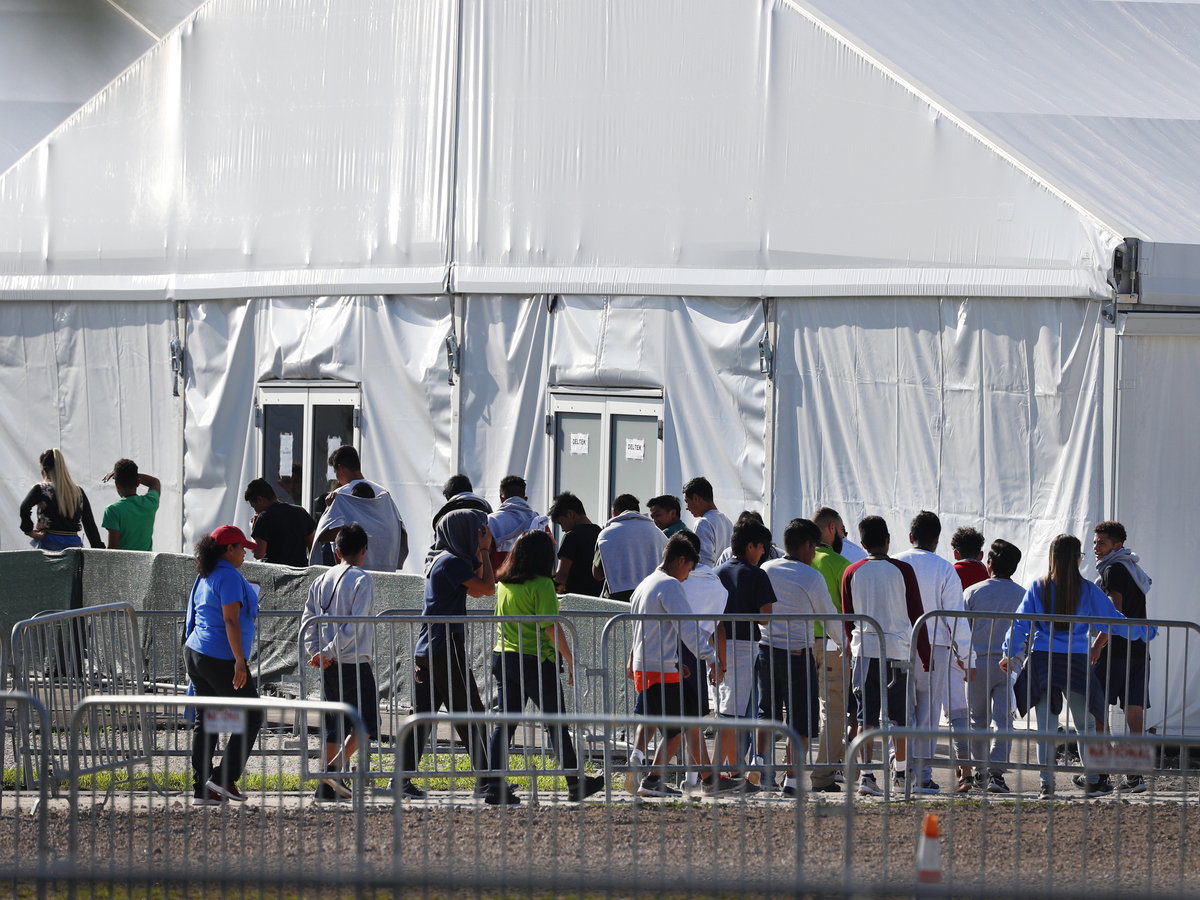 Children line up to enter a tent at the Homestead Temporary Shelter for Unaccompanied Children in Homestead, Fla., in February.

The Trump administration continues to detain unaccompanied minors for indefinite periods in unlicensed and military-style facilities in violation of a decades-old legal settlement governing the treatment of immigrant children, according to court documents filed Friday in California.

The allegations come in a motion filed in federal court in Los Angeles by attorneys for the Center for Human Rights and Constitutional Law and other groups. They say that the Department of Health and Human Services’ Office of Refugee Resettlement is detaining as many as 2,350 unaccompanied minors in a secure facility in Homestead, Florida, and routinely failing to transfer the minors to a licensed facility or release them to adult sponsors as required.

Under the settlement known as Flores, reached in 1997, unaccompanied minors can be detained for no more than 20 days. Earlier this year, HHS reported that the average length of detention at Homestead was 67 days, and sometimes even longer.

That facility is also “secure,” or closed, meaning the minors may not leave. The Flores settlement requires minors to be placed in non-secure facilities.

Homestead is not licensed by the state of Florida and not regulated by state child welfare and foster care authorities, according to the court documents.

The government calls the Florida facility a “temporary influx facility.” As NPR’s John Burnett reported earlier this year, when nearly 1,600 minors were detained, Homestead is the largest federal children’s shelter in the country and is operated for a profit.

“The operator is Comprehensive Health Services. The Florida-based company dispatched medical teams to the Gulf Coast after Hurricane Katrina, to Haiti after the earthquake, and to Balad Air Base in Iraq. And in 2016, it entered the migrant shelter business. The current Homestead contract with the Department of Health and Human Services is worth up to $220 million.

“The average daily cost to care for a child at an influx facility is about $775 a day, according to Evelyn Stauffer, press secretary at the U.S. Department of Health and Human Services. With nearly 1,600 children at Homestead, that puts the burn rate at over $1.2 million a day.

“The average cost for a migrant child at one of the 130 smaller, permanent shelters contracted to HHS is about a third of that.”

Attorneys for the immigrant minors are asking U.S. District Judge Dolly Gee to enforce the Flores settlement by ordering the government to release minors within 20 days of their arrival at an influx facility, such as Homestead, to licensed care facilities or to a sponsor.

Trump administration officials argue that the Flores settlement is a “legal loophole” that impedes the government from removing unauthorized immigrants.

A spokesperson for the Department of Justice declined comment on Friday’s court filing.