‘I Would Do Anything For Her’: A German Dad’s Search For His Daughter, Taken By ISIS 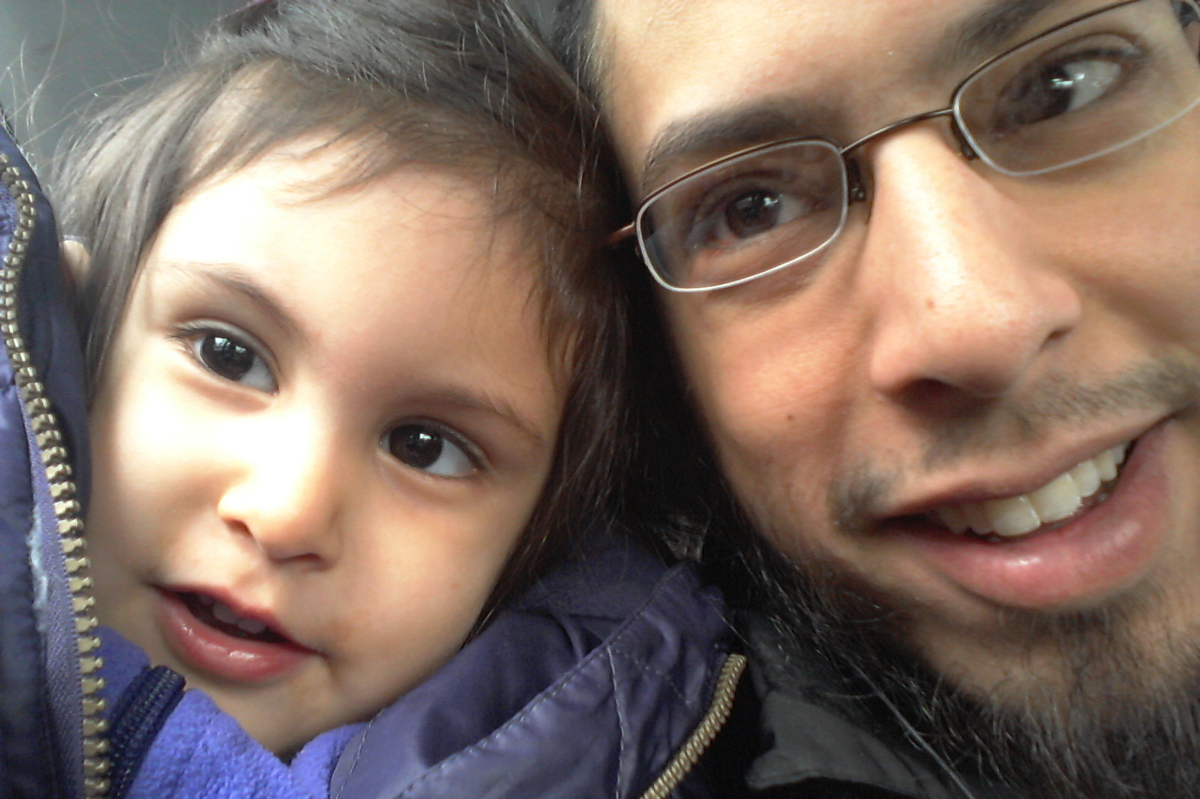 Five years ago this month, Danisch Farooqi dropped off his daughter Aaliya at her mother’s house in the German port city of Hamburg.

He remembers walking the girl, then almost 4, to his ex-wife’s front door and hugging her.

A few days later, he received a call from an unknown number in Turkey. It was his ex-wife’s new husband. He told Farooqi he was in Turkey, recovering from injuries while fighting in Syria. He’d brought the whole family to Turkey, including Aaliya.

“I was shocked,” says Farooqi, a native of Hamburg. “I didn’t know what [he] was talking about.”

He demanded an explanation and threatened to call the police unless Aaliya came home immediately. But the man hung up on him. A month later, Farooqi got a WhatsApp message from his ex-wife, saying they had moved to Syria.

“She said, ‘We went to the Islamic State, and we can’t believe how somebody can want to stay with the unbelievers,’ ” Farooqi recalls. “She said that if I wanted to see my daughter, I would have to go to Syria.”

He remembers how heavy those words felt, the dread a weight on his heart. He remembers weeping.

“I never in my wildest dreams believed this would happen,” he says, choking up at the memory. “I started doubting myself, wondering if I should have taken her away sooner, how I had missed the signs” that her mother and stepfather had been radicalized.

“I would do anything for her”

Farooqi is 38, born in the northern German town of Lüneburg to a German mother and Pakistani father. A devout Muslim, he spent years working in market research and is now looking for another job, after finishing studies in socioeconomics.

When Aaliya disappeared in 2014, the Islamic State was just coming to prominence in the West.

“I knew about the war in Syria, that Bashar al-Assad was incredibly cruel to his people, but I barely knew anything about Islamic State,” he says. “I was terrified after researching them because they were clearly using a false idea of Islam to brutally take over territory. Then came the mass killings, burning people alive, all that destruction. It’s so horrible. This is not Islam.”

He and Aaliya’s mom divorced when she was 1 and shared custody of their daughter. Aaliya spent every weekend with her dad.

“She was this little, very cute baby, chubby cheeks, and always smiling and laughing, very independent,” he recalls, sitting in the sunny apartment in Hamburg he shares with his second wife and their two young sons, who were born after Aaliya’s disappearance.

“I want them to meet their big sister so much,” he says.

He turns on his computer and pulls up a favorite photo of Aaliya when she was about 2. She’s got sleepyhead curls and clutches a phone. Her pink T-shirt reads “I HEART DAD.”

“I would do anything for her,” he says. “And now I can’t protect her.”

After his daughter disappeared with her mother and stepfather, Farooqi immediately began trying to retrieve her. He filed a police report in Hamburg, accusing his ex-wife of child abduction.

He watched his country, Germany, welcome hundreds of thousands of Syrians fleeing the war with their children. Why had his ex-wife taken their own child into that very bloodshed others were escaping?

“I still don’t understand,” he says.

Months passed with no word of Aaliya. Farooqi grew desperate and even started corresponding with Islamic State supporters on Facebook.

“Just to find out if she’s living, how is she feeling, what is she doing, is she hurt?” he explains.

One man claimed to have seen the girl in the Iraqi city of Mosul, living in a nice house and making up funny songs and poems. But most of the time, Farooqi heard nothing.

“One moment, I felt like she’s alive, the next moment, that feeling might be gone,” he says. “In a war zone, you never know. So I was always afraid. I had nightmares.”

Farooqi has coped by joining a support group run by Hayat, a counseling program for radicalized Germans and their families.

He bonded with a small-town baker whose teenage daughter ran away to Syria to marry an ISIS fighter from the Leipzig area. He carpooled with a Turkish-German dad from Hamburg who suffered multiple heart attacks after his daughter married a fighter.

“We cry together, we laugh together,” Farooqi says. “We stay together.”

In 2014, when Aaliya’s mother took her to Islamic State, the caliphate held 41,000 square miles of territory and ruled over some 8 million people.

Tens of thousands of foreign fighters — including about 1,000 from Germany, according to police and intelligence sources — joined their ranks. Children of the caliphate were indoctrinated to accept the most brutal interpretation of sharia, Islamic law. Public beheadings were common.

By last year, the caliphate was in its death throes. Kurdish fighters, backed by a U.S.-led global coalition, defeated them in Iraq. Assad’s army, backed by Russia and Iran, recaptured territory in Syria. Islamic State fighters and their families who survived the fighting were captured and kept in detention camps.

Farooqi got word last year from his ex-wife’s family that Aaliya and her mother were in one of those camps.

“I went berserk,” he says. “After not being able to do much for four years, I felt like, this is it, I know where she is, and maybe I can get her home.”

But more than a year later, that hasn’t happened.

He has corresponded several times with the German Foreign Ministry, which says it can’t help him. A ministry spokesperson tells NPR via email that Germany has no embassy or consulate in Syria and no firsthand knowledge of German nationals in the camps. The spokesperson would not say how many German children are there, saying any number would be “speculative.” (Germany’s public broadcaster ARD has reported there are dozens.)

The ministry spokesperson says Germany is helping with medical assistance to young children at these detention camps. There have been reports of children dying there. The spokesperson also says the ministry is “investigating possible options for return of German nationals, especially children and humanitarian cases.” 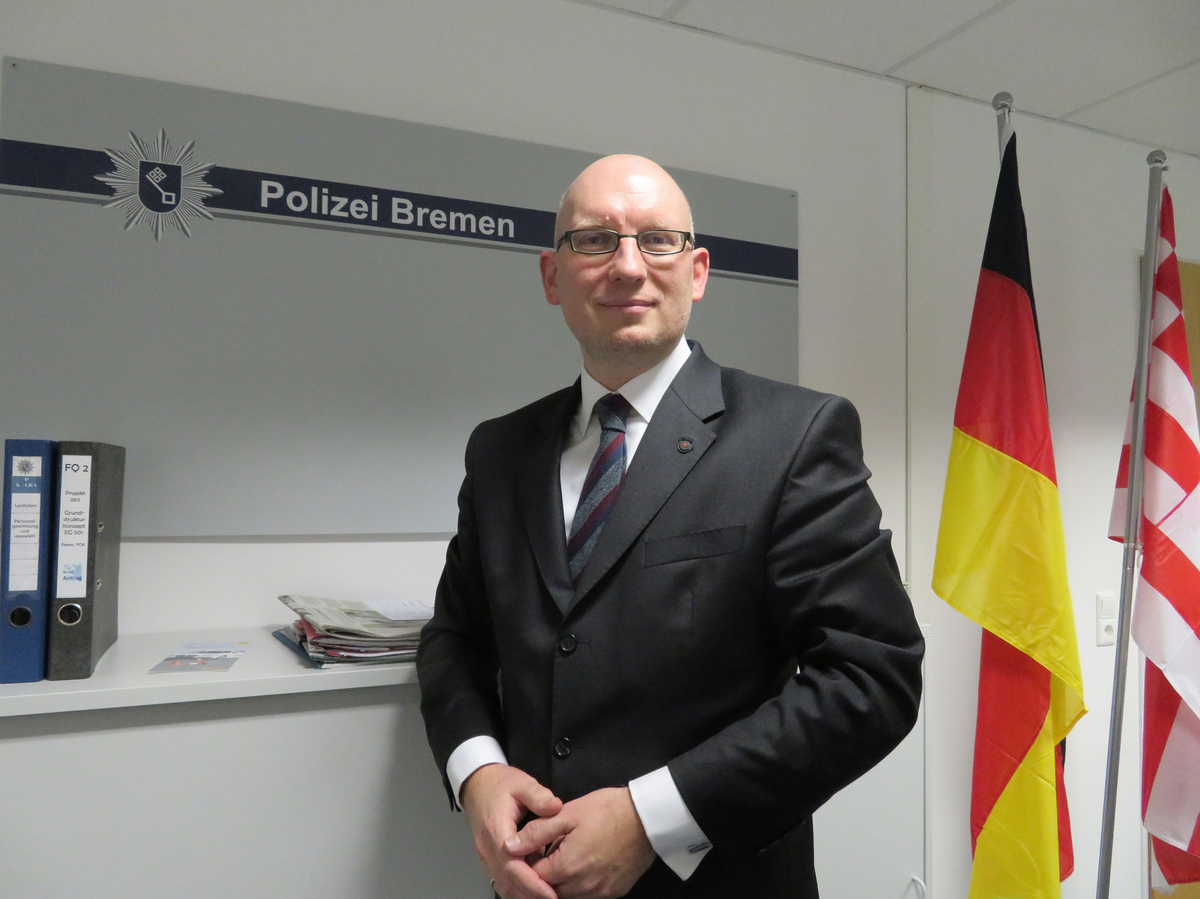 Germany says its citizens who joined Islamic State have the right to return home but that this can only happen under strict conditions.

Many Germans fear those who lived in the caliphate, seeing them as possible threats, says Cornelia Lotthammer of the Violence Prevention Network, a de-radicalization organization in Berlin.

“Maybe … the school director would say, ‘No, no, I won’t take this boy, he was in ISIS, what if there’s a bomb,’ ” Lotthammer says. “This is dangerous thinking. We must not isolate them. We must support them.”

Daniel Heinke, the chief of detectives of the police department in the northern state of Bremen, insists young children in these camps must be repatriated quickly. He cites Kindeswohl, child welfare, enshrined in German law.

“It’s not only a legal obligation, but a moral obligation,” says Heinke, who works with authorities throughout Germany to prosecute and de-radicalize German citizens who joined IS. “Those kids did nothing wrong. It was not their choice that their parents took them there, and we as society have a duty to try to help them to integrate or reintegrate into German society.”

The children’s mothers, though, may face prosecution when returning to Germany. Heinke says he believes “anyone who willingly joined the Islamic State and supported their activities contributed to the efforts of the Islamic State.”

“In every single case, we open up a criminal investigation,” he says. “We have plenty of evidence for several cases where these women tried to enforce the rules of Islamic State on other women or supported propaganda activities.”

“You will have to find a way back into her life”

Farooqi says he’s not sure what his ex-wife believes these days.

“I don’t know how much she affiliates herself still to Islamic State or if she’s distanced herself from it,” he says.

He can’t afford to travel to the al-Roj camp in Syria where he believes Aaliya and her mother are living. Thousands of women and children are at these camps. Even if he got there, he may not be able to find Aaliya or be allowed to see her.

Farooqi cheers himself up by playing a recording Aaliya made during one of their weekends together, when she got up in the middle of the night and grabbed his mobile phone.

“She wanted to take a picture but actually pressed ‘record’ so she was recording a video,” he says, laughing. “It was so dark you couldn’t see anything. You could just hear her voice saying, ‘Baba, Baba, get up! Let’s take a picture!’ “

He wonders: Will she remember me?

“Her mother may have told her that her stepfather is her father,” he says, wiping away tears. “I tell myself, ‘You will have to find a way back into her life.’ “

And he vows that he will, just as soon as he can find a way to bring her home.