How To Start A Revolution 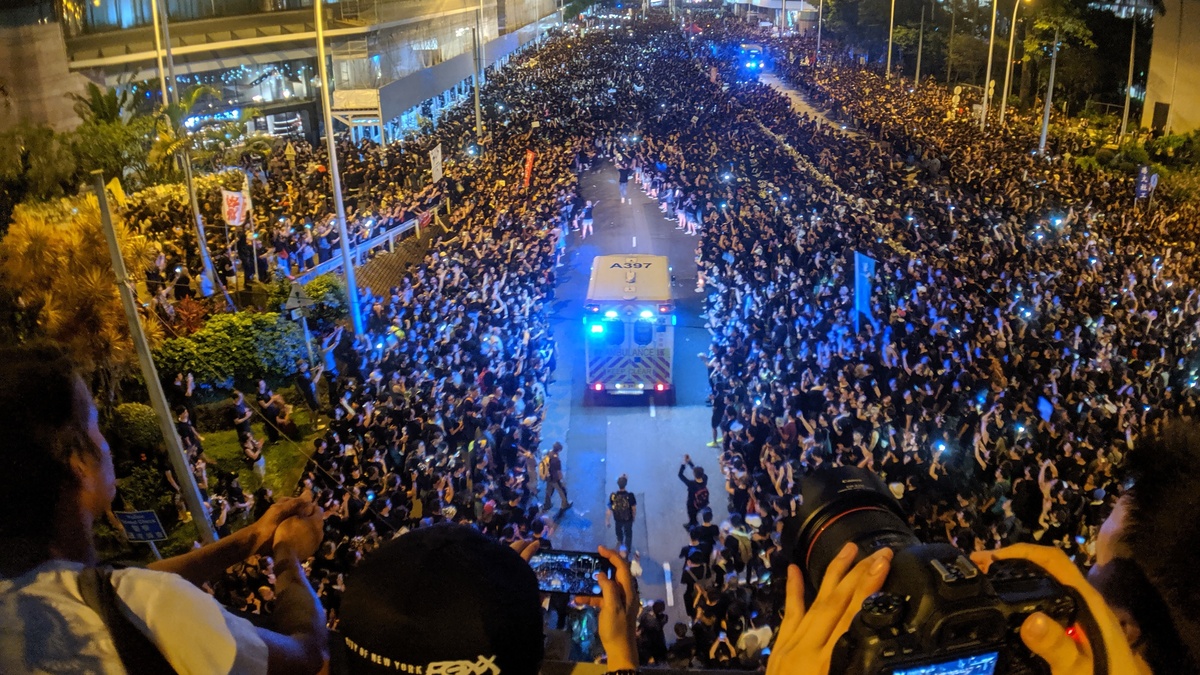 
Editor’s note: This is an excerpt of Planet Money’s newsletter. You can sign up here.

Hong Kongers are showing the world how to protest.

Hong Kong is an autonomous region of China that kind of runs on finance. Its stock exchange is the fifth largest in the world. And it’s an attractive base for a lot of multinational companies, partly because Hong Kong has a predictable rule of law. Companies can set up a regional HQ when selling to China without having to be in mainland China itself. But that predictability is changing.

On June 16, around two million people marched, according to organizers. They’re against a proposed law that would allow extradition from Hong Kong to mainland China. Hong Kong’s Chief Executive Carrie Lam apologized and suspended consideration of the bill. But protesters want the bill permanently withdrawn. Many are calling for Lam’s resignation. Will they get what they want? What does research on successful resistance campaigns say?

The protesters in Hong Kong have two characteristics that really boost their chances: non-violence and more than 3.5% of the population have gotten involved.

Following Gandhi or the Bolsheviks?

First, why non-violence? Aren’t guns and tanks effective, whether you like them or not?

Harvard political scientist Erica Chenoweth used to believe this. In 2006, she went to a non-violence workshop and picked a fight. Chenoweth says she told the academics there that she could “think of plenty of cases where violence worked pretty well, like the Algerian, French, and Russian revolutions.”

Maria Stephan, now a director at the U.S. Institute of Peace was there. She said to Chenoweth, “If you’re really skeptical about non-violent resistance… how would you prove that?”

Non-violence is twice as effective

So Chenoweth trawled through 323 campaigns for regime change or self-determination worldwide from 1900 to 2006.

But does non-violence cause the higher success rate? Or are you more likely to choose sit-ins over shootouts when you know you’re already likely to succeed? When they factored in additional data on why the campaigns turned violent, peaceful resistance still prevailed. The likelihood of success was not a factor in whether a campaign became violent or not.

“I was surprised,” Chenoweth says. “I expected for there to be, basically, at best no significant difference between armed and unarmed action.”

Next factor, that 3.5% figure. “One of the frequently asked questions that I’d gotten from activists was how many people it takes,” Chenoweth says. “What’s the threshold?”

Using historical accounts and news reports, her dataset coded the number of people visible on the front lines, whether striking, marching or taking part in a sit-in.

Unsurprisingly, the more participants recorded, the higher the likelihood of success. But as the campaign’s participation reached 3.5% of the population, that likelihood became seemingly inevitable. Examples include the People Power Revolution in the Philippines, and the Rose Revolution in Georgia.

“Above that 3.5% threshold there hadn’t been any failed movements and that was a little surprising to me in the sense that it’s a pretty small threshold,” Chenoweth says.

But Chenoweth is quick to emphasize, 3.5% suggests many multiples more sympathetic to the cause. That brings us back to Hong Kong.

Hong Kong protesters have numbers on their side

Hong Kong’s protests were huge: nearly 30% of Hong Kongers in the streets by organizers’ counts. Even the much lower estimate by police represents nearly 5%, well past the threshold.

Chenoweth says that the protests are more reform-minded than the campaigns in her dataset. But if the protesters stick to her and Stephan’s rules, “then they’re definitely among the types of campaigns that we see generally succeeding in the end.”

Apart from isolated scuffles with police, the protesters have remained non-violent. Whether the Government will fully meet protesters’ demands is unclear. What is clear is that the tactics — and the numbers — are on the protesters’ side.

Did you enjoy this newsletter? Well, it looks even better in your inbox! You can sign up here.