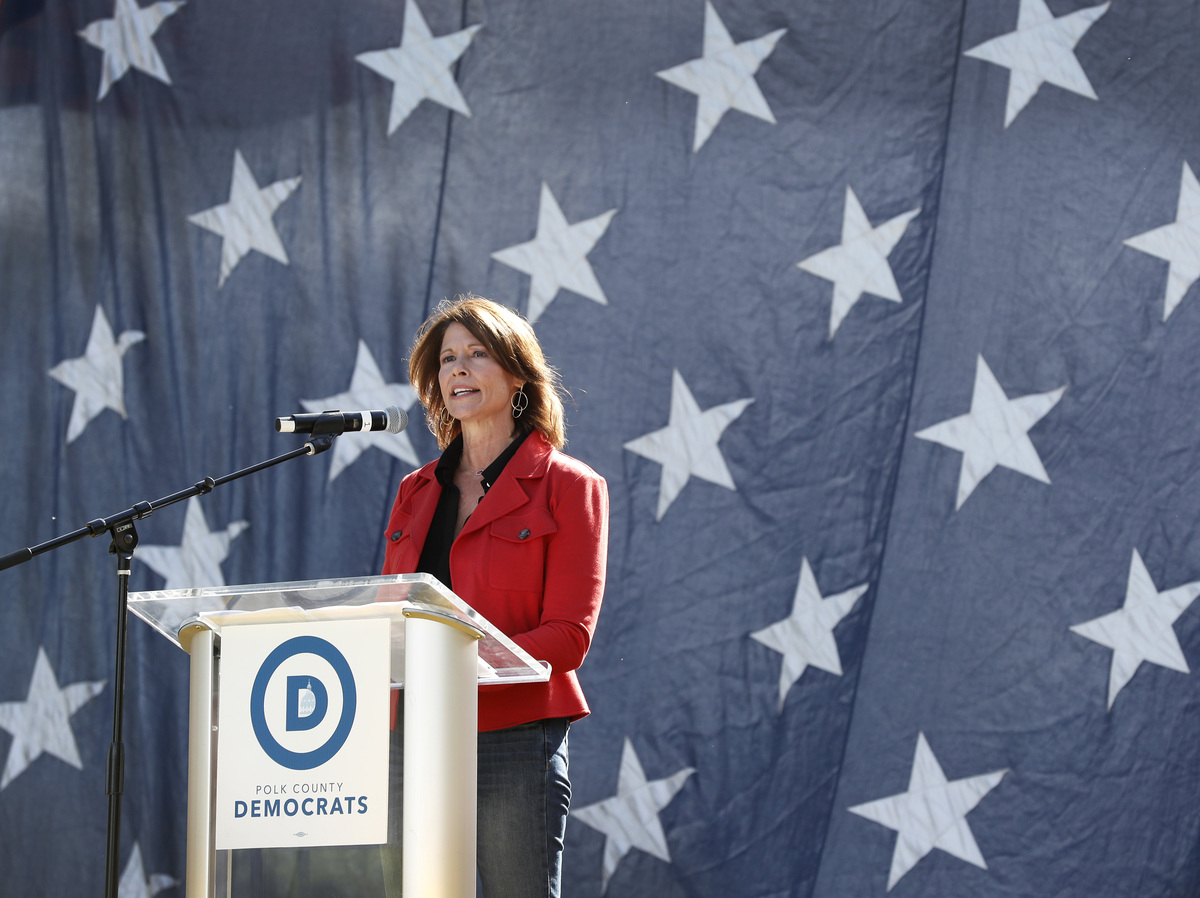 Voters in northwest Illinois have a lot of questions for their congresswoman, Democrat Cheri Bustos. They want to know about rail plans around Moline, federal transportation dollars and health care costs.

If there’s one thing she says they don’t usually ask about, it’s her thoughts on impeaching President Trump.

“We talk about different things here,” Bustos said in a recent interview with NPR in her district.

Bustos keeps tabs on the debate within her own party about how Democrats should respond to President Trump as part of her job as Chair of the Democratic Congressional Campaign Committee. But she says those aren’t the conversations that voters in critical districts really care about — and she’s telling vulnerable House freshmen the key to keeping their jobs is sticking to what really matter in their district.

“We can’t continue to stay focused on the outrage of the day. It is wearing people out,” Bustos said. “We’ve got to stay focused on making a difference in people’s lives. And if we do that, that’s how I think we’ll be successful.”

Bustos has a lot riding her approach.

Like many of the 40 most vulnerable House Democrats elected last year, she knows what it’s like to run in Trump country. Her message to those embattled freshmen is that they can keep their jobs by connecting directly with their voters instead of spending all of their time talking about Russia and the president.

“I believe in running your campaign and running your governmental office as if you are mayor of that region,” Bustos said. “That means you don’t forget where you come from and you take care of the needs that are in front of you.”

It’s a strategy she’s been practicing since she was first elected in 2013. When Bustos goes home to her district, she makes a point of getting out and talking to voters at a personal level that is uncommon for many members of Congress.

Like when she spent a recent morning learning to operate the checkout and touring the pharmacy at a Walgreens near her hometown in East Moline.

“Oh wow, that’s expensive gum,” Bustos joked as she practice her skills at the register. “Do you want to pay with your credit card?”

It was her 82nd time learning a job in her district through a program she calls “Cheri on Shift.” She’s driven a fork lift and changed an air filter on a locomotive.

On shift 83 she helped operate a wheelchair lift at a para-transit organization in rural Galesburg. She was invited to give it a try after the organization’s director Dedra Manon saw Bustos in a grocery store and approached her about a visit.

Manon says she’s a big Bustos supporter, but it’s not based on her concerns about the president’s policies. She notes her own progressive leanings. but says she’s more interested in how her congresswoman responds to what’s happening at home.

That’s exactly what Bustos wants some of the more progressive members of her party who don’t have such competitive races in their districts to understand. She’s told them that pushing for impeachment isn’t helping the vulnerable Democrats whose districts determine their majority.

“People just are not focused on the same things that folks inside the Beltway are talking about or obsessed about,” Bustos said.

Thinking local is by no means a new idea. And it definitely isn’t always a successful one.

The last large group of centrist House Democrats were nearly wiped out back in 2010. That year Republicans used the newly passed Affordable Care Act as evidence that the whole Democratic party had taken a leftward lurch.

And Democrats responded then by trying to get local — and they failed.

Bustos says she wants these freshmen to know that the local focus wasn’t what failed, it was waiting until election time to show up.

“They can take this blueprint and do anything they want with it. If it works for them I’m happy because I want them to come back in 2 years. What we talk about is they can’t just rent these districts. They’ve got to own them.”

Bustos says defending that power means listening carefully to voters like Mark and Barbie Spitzer. The couple approached Bustos in a local supermarket. When she asked them if there’s anything she “should be working on or working against” their first response was healthcare.

Over the course of a day Bustos chatted with more than a dozen voters, many of whom were Democrats. The only person who brought up the question of impeachment or President Trump was Republican voter Mary Sullivan.

Sullivan didn’t vote for Bustos and supports Trump, but she was happy to chat with her Congresswoman. She also gave some advice to Bustos that was nearly identical to many Democrats: just go back to Washington and get some work done.

“Reach across the aisle,” Sullivan said. “Don’t be afraid.”

Bustos says voters in districts like hers just want to see Washington function. She says she’s confident that Democrats can hold their majority in 2020 if they keep listening to voters and try to pass laws that directly impact the requests they get at home.

“I think we will hang onto the majority and my hope is that we can grow the majority,” Bustos said. “But how that happens is you take care of the fundamentals.”