Protesters take part in a march on a street in Hong Kong on Sunday. Thousands of Hong Kong protesters marched from a public park to call for an independent investigation into police tactics. 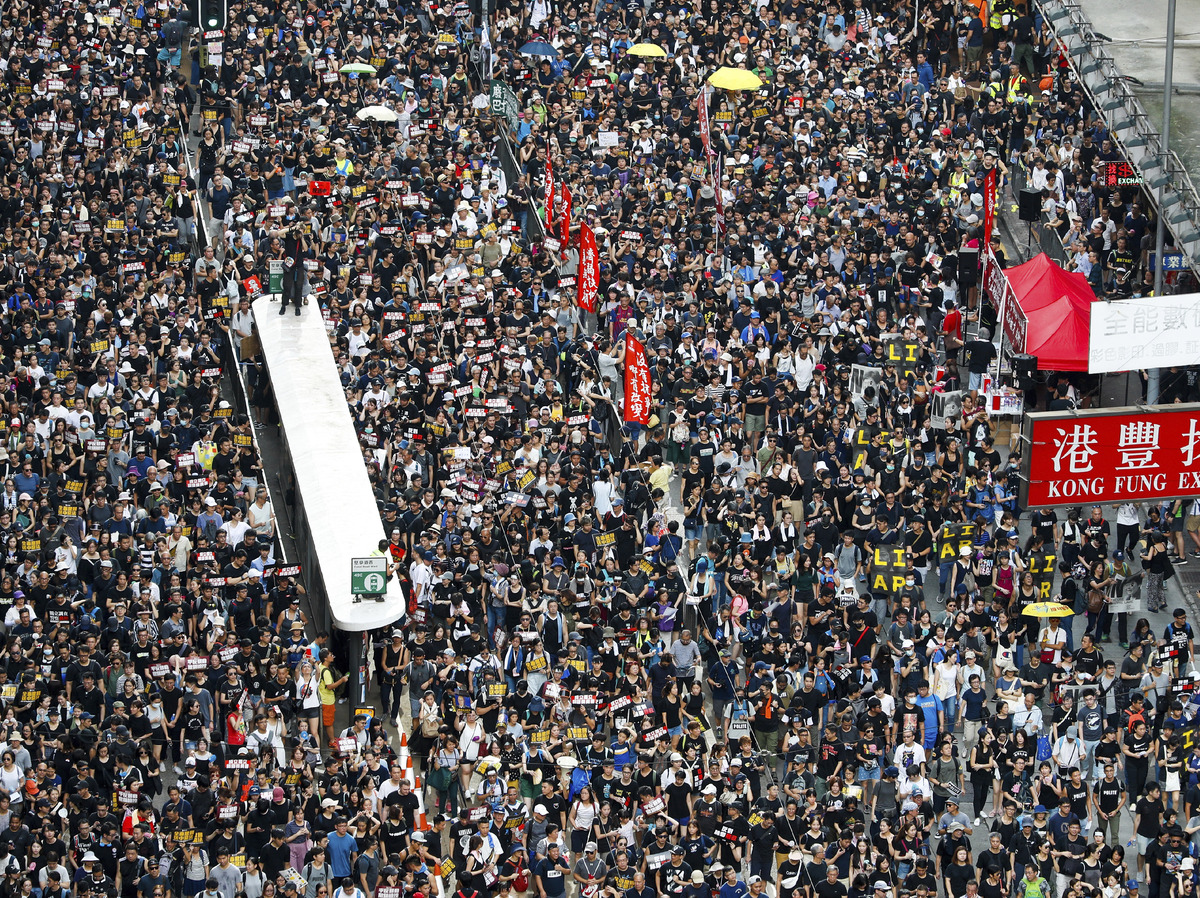 Protesters take part in a march on a street in Hong Kong on Sunday. Thousands of Hong Kong protesters marched from a public park to call for an independent investigation into police tactics.

Tens of thousands of protesters returned to the streets of Hong Kong on Sunday, as opposition to an unpopular extradition bill transformed into a demand that an independent investigation be conducted into the forceful tactics used by police during previous demonstrations.

Over the past seven weeks, millions have been demonstrating against Hong Kong leader Carrie Lam, seen by protesters as allowing an erosion of freedoms independent of mainland China.

A major flashpoint in the weeks of protests has been opposition to an extradition bill that would have allowed people in Hong Kong to be sent to mainland China to face trials in courts controlled by the Communist Party, prompting fears that prosecutions would target activists critical of China.

Earlier this month, as pressure to kill the effort mounted, Lam apologized for proposing the contentious legislation and declared the bill dead, yet protesters were still not happy since Lam stopped short of formally withdrawing the bill. Lam has said she has no plans to renew a push for the bill, a move that has further dissatisfied protesters.

There have been tense moments during the protests, with riot police using tear gas, rubber bullets and water cannons to disperse crowds.

Police officials have defended their tactics, saying force has been used only when protesters became violent. Officials point to actions such as when a small group of demonstrators stormed Hong Kong’s Legislative Council building, shattering glass and tearing down a metal wall, as proof that demonstrators have gotten out of hand at times.

On Saturday, tens of thousands turned out to support the police and protest violence in a demonstration organized by a pro-establishment group.

But on Sunday, masses of people critical of the establishment demanding more transparency and democracy overtook the street again. Some demonstrators carried banners that read “Independent Inquiry for Rule of Law,” asking for an outside probe of what protesters see as excessive force used by police against marchers.

The protest movement has different factions and additional demands, including pro-democracy activists calling for the right to elect their own government, which is now approved by Beijing. Other demonstrators are asking that those who clashed with police have their charges dropped. And some in the crowd fed up with Lam are calling for her resignation.

Although the demonstrators were largely peaceful on Sunday, protesters extended beyond a police-ordered finish point for the rally. Thousands then headed toward the Chinese government’s liaison office.

Rows of riot police assembled near the building, some protesters having pelted the office with eggs before leaving. The Chinese Communist Party emblem at the entrance was also spray-painted over. This breakaway group of protests, some wearing all black and wearing masks, are rallying around the chant, “Liberate Hong Kong, the Revolution of Our Times.”

Hong Kong police used tear gas against the protesters on Sunday in an attempt to force them to disperse.

Organizers said 430,000 demonstrators came out on Sunday. Police offered a lower number, estimating that about 138,000 took part in the marches.

Police on Friday seized a large stash of explosives in a suspected bomb-making factory, where anti-extradition bill pamphlets were also found, but police said the link between the site and the protest movement against the legislation was still under investigation. Local media reported that three men have been apprehended in connection with the seizure of explosives.