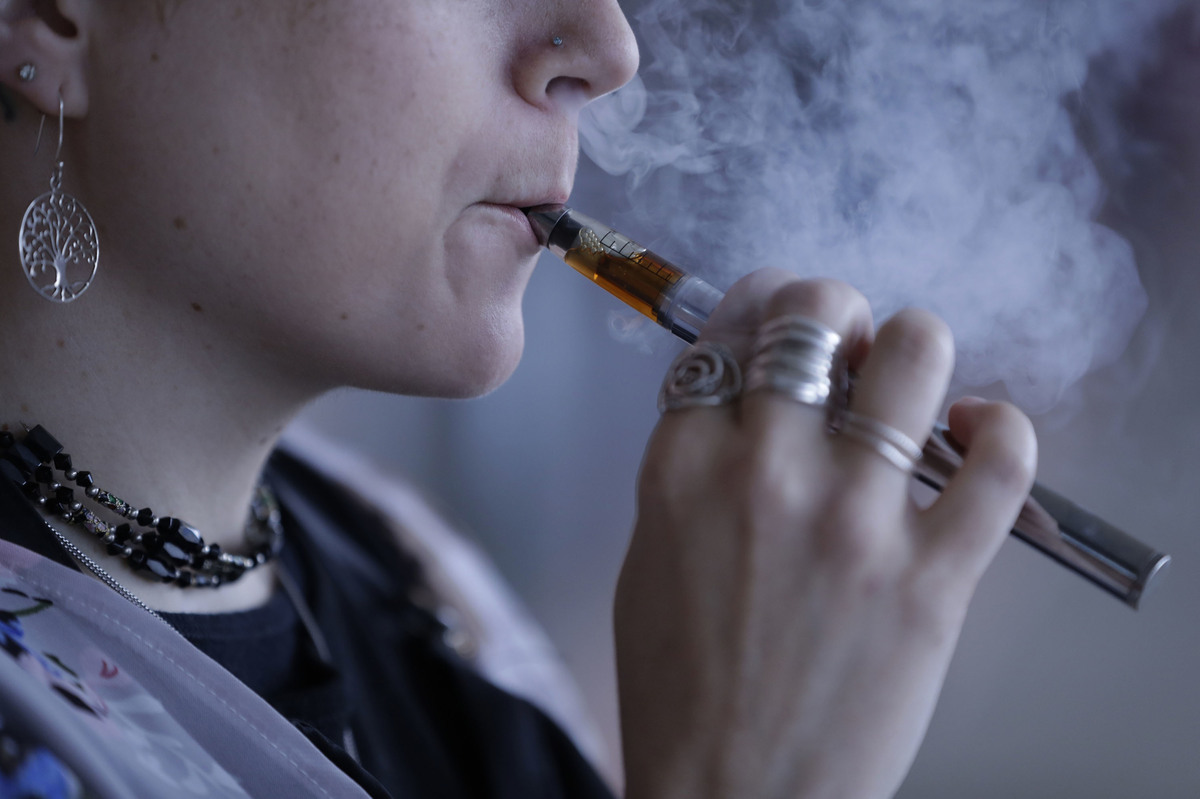 When Will tried his first vape during his sophomore year, he didn’t know what to expect. It was just something he had vaguely heard about at school.

“I just sort of remember using it a bunch of times, like in a row,” he says. “And there’s this huge buzz-sensation-like head rush. And I just … didn’t really stop.”

Will kept vaping nicotine addictively for the next year and a half. He was part of a trend. Teens’ use of e-cigarettes has doubled since 2017, according to the National Institute on Drug Abuse, with 1 in 4 high school seniors reporting use of a vape in the past month.

He’s now a senior at a high school in the suburbs of Washington, D.C. (NPR is using Will’s first name only so he could speak freely about his use without fear of repercussions at school or home.)

Will overcame his addiction to nicotine before the news broke this summer about some cases of severe lung illness and deaths linked to vaping. But he still occasionally vapes THC, the psychoactive ingredient in marijuana. He says the illnesses haven’t made him or his friends quit, partly because vaping is a big part of teen culture — and also because they think it won’t happen to them.

“I feel like, for a lot of people, that’s just a chance they’re willing to take,” he says. “I don’t think a lot of kids are thinking about the future.”

However, the cases are not among those being investigated by the Centers for Disease Control and Prevention, says Mary Anderson, spokeswoman for Montgomery County Health and Human Services.

Though the students lost consciousness, they hadn’t shown any respiratory symptoms, Anderson explains, and the incidents happened before the CDC issued guidance on reporting severe lung illnesses.

Brandi Heckert is principal of Churchill H.S. and says she’s seen vaping explode in popularity over the past year.

Teachers and staff have come a long way in being able to recognize the different kinds of vapes, she says. Vapes can look like a flash drive or another digital device — so easy to conceal that students can sometimes use them in class.

“I think what’s scary for us a lot of times is that, unless they have some cartridge on them or package on them, we don’t know what’s in there,” Heckert says. “And so that makes it really challenging to help them if they’re in need.”

For example, she says, school officials last spring didn’t know exactly what the three students treated in the ER for serious vaping-related symptoms had ingested.

For teens who vape, an addiction to nicotine ramped up fast, too. Will recalls his out-of-control use.

“I just kept doing it,” he says. “I remember, especially when I got home, I just kept using my own — for, like, the entire night — until I sort of felt sick in my stomach.”

At first, Will and his friends got someone to buy the pods for them from a store. But eventually, Will says, he was able to buy his own nicotine pods online on eBay and other sites.

After a while, he no longer got the head rush that made vaping satisfying in the beginning; but he still kept buying nicotine.

Toward the end, the teen says, “it just seemed sort of meaningless, like just buying these $20 packets of like nicotine juice. It didn’t really seem like I was gaining much from it, and then over time, my lungs started to hurt.”

Will stopped vaping last spring almost by accident. A friend had jumped into a pool with Will’s Juul device, rendering it useless. He spent hours trying to fix it, but his efforts didn’t work. Another Juul device to replace it would have cost him about $50.

“It didn’t really seem like it was something that was really worth it to me. And I knew I was trying to definitely be more proactive and healthy.” he says.

So he stopped vaping — cold turkey — and felt a severe craving for three weeks straight.

Louis Schreiber, a senior at Churchill High School, in the Maryland suburbs of Washington, D.C., is working on starting an anti-vaping group at the school. He says he hopes the rash of serious vaping-related lung diseases among teens will serve as a wake-up call to other students. 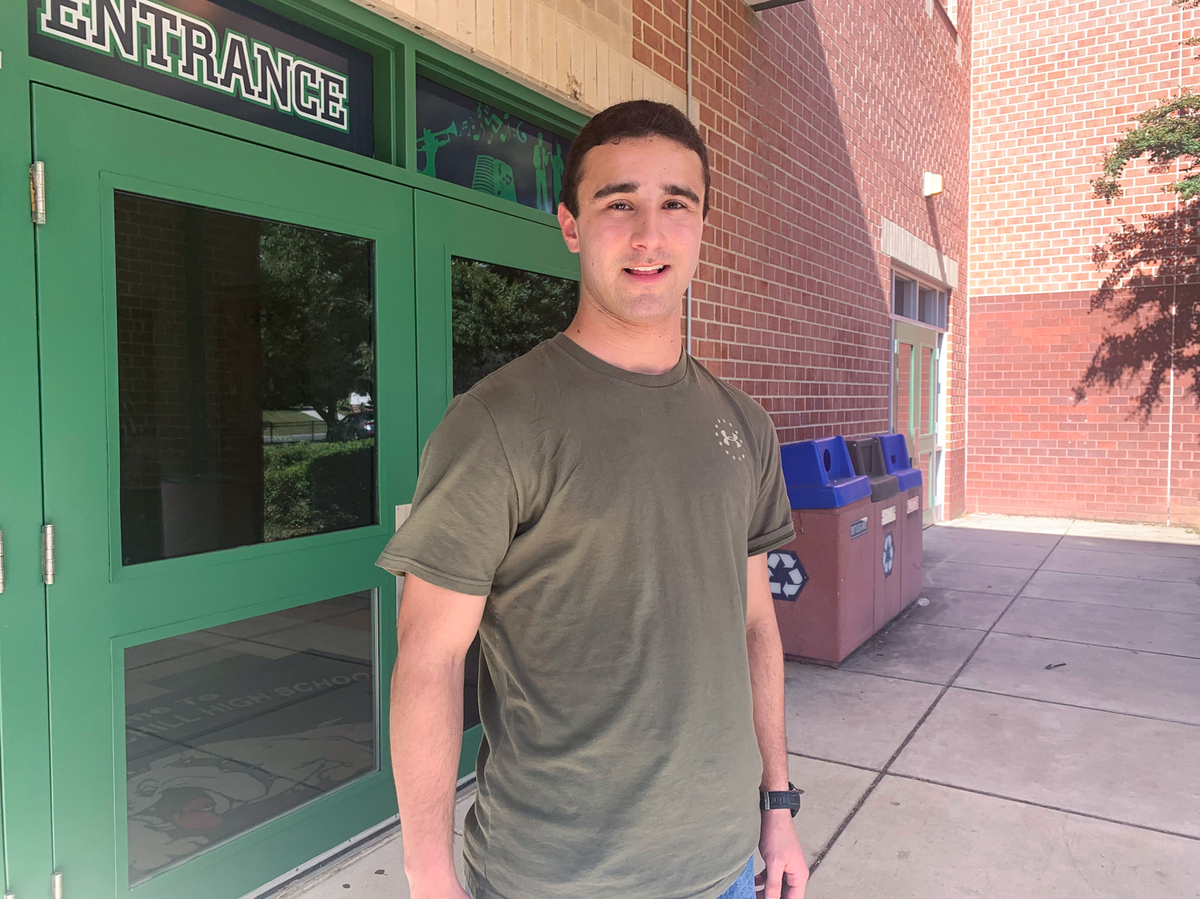 Louis Schreiber, a senior at Churchill High School, in the Maryland suburbs of Washington, D.C., is working on starting an anti-vaping group at the school. He says he hopes the rash of serious vaping-related lung diseases among teens will serve as a wake-up call to other students.

“I can see why it would be so hard for other people to stop,” he says.

Will believes that for some people, including him, vaping is a phase. But others are truly addicted, he says.

Louis Schreiber, a senior at Churchill High School, doesn’t vape himself and is trying to start an anti-vaping group among his classmates. He has asthma and says he avoids the bathrooms at the high school because of vaping.

He’s part of a task force on vaping in Montgomery County, and says he hopes the string of recent illnesses have served as “a wake up call” for some of his peers. But he agrees the national wave of lung illnesses won’t stop many from vaping.

Right now, Schreiber says, the use of e-cigarettes “is viewed as a cool, popular thing,” among his peers. “To stick out in high school for any reason, certainly, among this generation, is hard,” he says. “And going against this would be almost, you know, impossible.”

Nonetheless, Phoebe Chambers, a junior at Churchill High, says the hospitalizations that have been in the news have scared some of her classmates.

“People who have never vaped probably don’t want to try it now. But kids who are addicted — I think they are struggling,” Chambers says.

“I have one friend who quit because they realized how bad it was, and it was very,very hard for them,” she says. Chambers is concerned about how vaping will affect the health of her generation. Even if a teen does try to stop using vapes, the devices are hard to avoid.

“It’s not just something that’s limited to one social group,” Chambers says. “It’s not just like the group of kids who, like, are stoners. It’s the athletes. It’s the nerds. It’s everybody. It’s infiltrated every social clique, every type of person knows someone — or maybe they are that person — who is vaping.”

This story is part of NPR’s reporting partnership with WAMU and Kaiser Health News.