An anti-government protester on Saturday in Caracas wears a sign that reads, “Venezuelans die for lack of medicines. Maduro is an assassin.” Momentum is growing for opposition leader Juan Guaidó, who has called supporters into the streets. 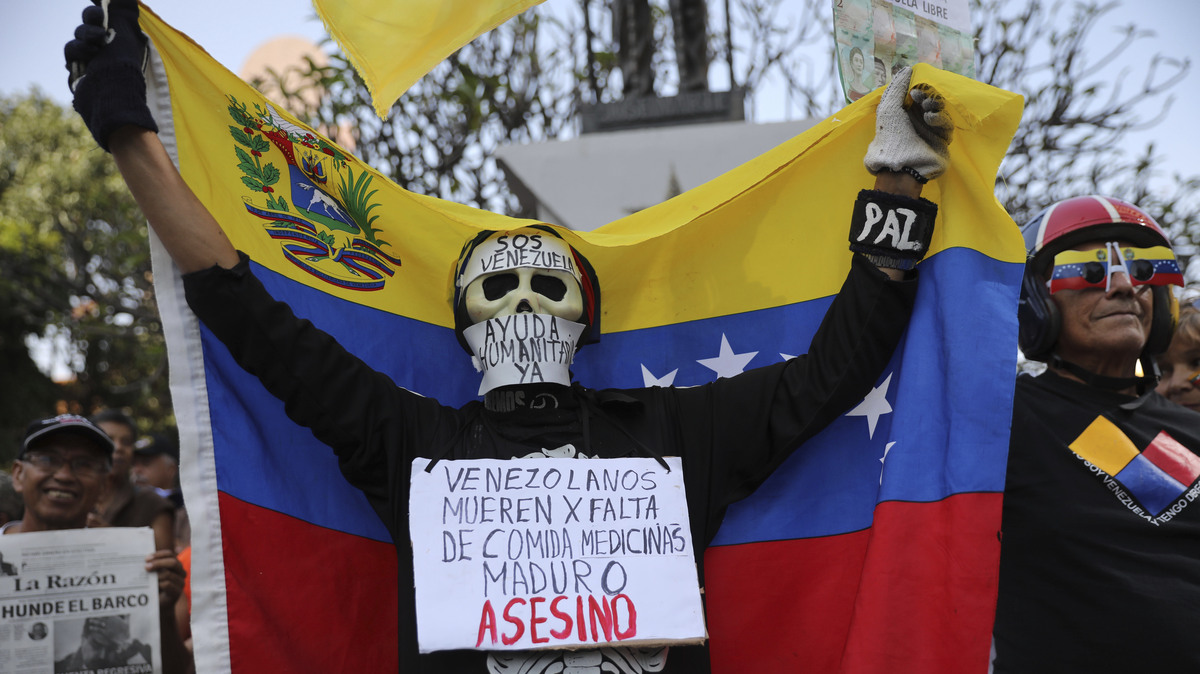 An anti-government protester on Saturday in Caracas wears a sign that reads, “Venezuelans die for lack of medicines. Maduro is an assassin.” Momentum is growing for opposition leader Juan Guaidó, who has called supporters into the streets.

“I come here to you to state that I don’t recognize the dictatorial authority of Nicolás Maduro,” Gen. Francisco Yanez said in a video that has circulated on social media on Saturday.

He went on to endorse 35-year-old industrial engineer Juan Guaidó who leads the opposition-filled National Assembly. “To order the armed forces to keep repressing the people is to continue killing more people from hunger, diseases and god willing combat between ourselves,” he said. “The people have suffered enough.”

Then Yanez invited the citizens to peacefully defend Guaidó in the streets. “To my armed fellow men,” he pleaded, “I ask you not to turn your back on the people of Venezuela.”

He is the first of the nation’s military brass to voice strong support for Guaidó, who declared himself interim president in January after denouncing the integrity of Venezuela’s presidential elections.

Yanez told the Associated Press that he would not issue other statements until he was authorized by “the commander-in-chief of the legal armed force,” Guaidó.

Several factions of Venezuela, including its Military Aviation and the Academy of Aviation, used Twitter to denounce the general. They tweeted a photo of Yanez in his uniform with the word “TRAITOR” scrawled across. The Air Force Command also accused him of switching sides because his father is facing an investigation into corruption.

Although hundreds of generals serve in the Venezuelan military, the announcement represents a victory for Guaidó, NPR’s Philip Reeves reports. The young leader has asked armed forces to still their guns, and hopes to weaken their loyalty to Maduro.

Guaidó passed an amnesty measure for them in the National Assembly. Supporters in the streets have handed out copies of the law to soldiers and police, though analysts say Maduro receives loyalty from top-ranking officers by giving them big paychecks and control of lucrative assets.

“I think the first general that defects from that coalition is going to be the first in a long line of dominoes to fall,” John Polga, a Latin America specialist at the U.S. Naval Academy, told NPR before the air force general defected.

The video comes as demonstrators across the country filled Venezuela’s streets in shows of support and disdain for their leadership.

Guaidó followed up on his Wednesday protest by tweeting that people should keep going out and “continue our route to freedom.”

Thousands of protesters carried the national flag and wore its colors as they demanded Maduro’s resignation and new elections. In one video posted Saturday, a riot police officer could be seen hugging a demonstrator.

Workers from Venezuela’s state oil company, PDVSA, participate in an “anti-imperialist” march promoted by the government to support President Nicolás Maduro in Caracas. 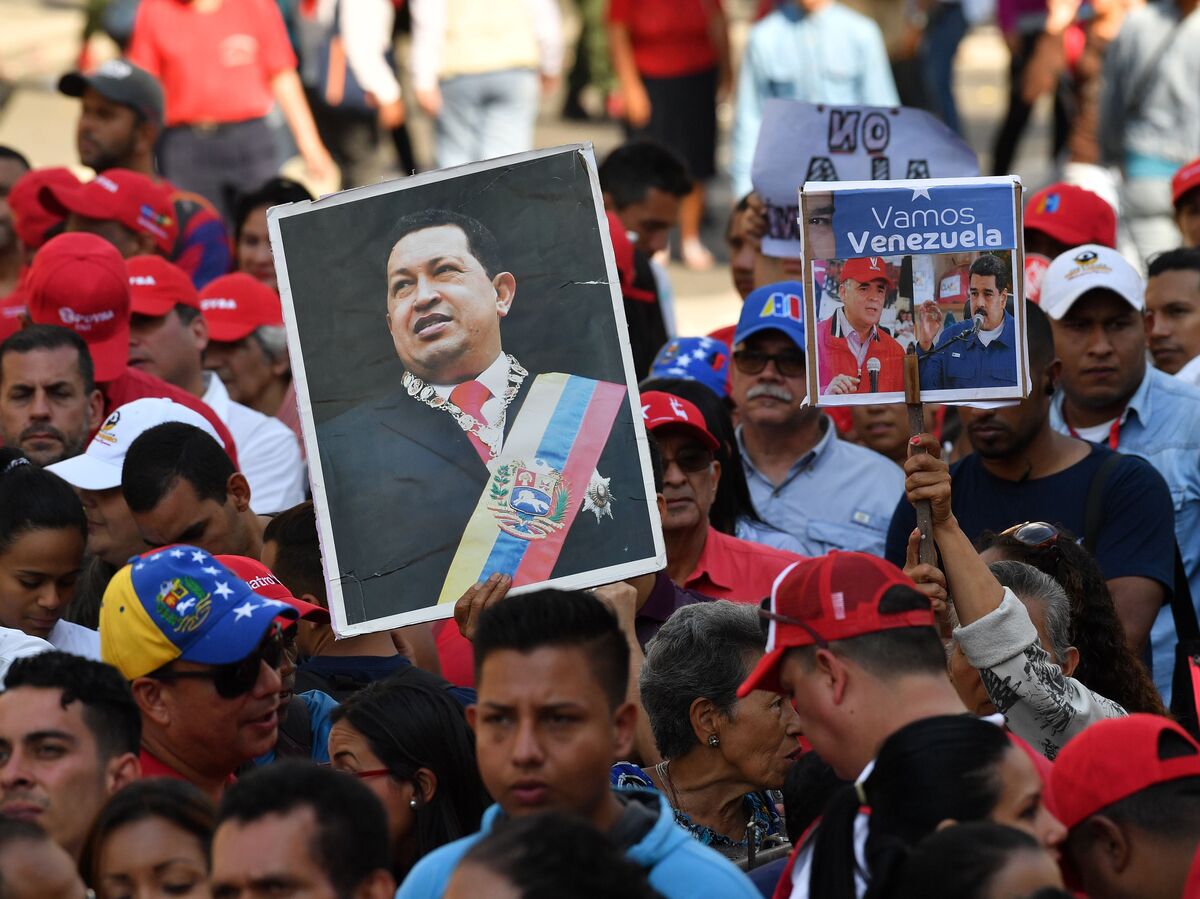 Workers from Venezuela’s state oil company, PDVSA, participate in an “anti-imperialist” march promoted by the government to support President Nicolás Maduro in Caracas.

Maduro sought to spark rallies in support of the government. “Our struggle for self-determination has deep roots in the historic independence battles waged by our liberators,” he said. “From them comes the strength, with which we defend the Sovereignty and the Constitution of the Bolivarian Republic of Venezuela.”

His supporters danced and carried banners of Maduro’s predecessor, the late President Hugo Chavez, as they celebrated the 20th anniversary of his socialist party. Maduro thanked them for “so much love!”

In January, he visited a military base outside Caracas, and security forces later paraded down the streets in their Russian-made arms, firing tank shells in a show of strength.

Recent clashes between protesters and security forces have resulted in the deaths at least 40 people, according to the U.N. Foreign journalists covering the unrest have been arrested.

As the rallies continue, Guaidó has turned down offers from the presidents of Mexico and Uruguay to mediate talks with Maduro — a move that the United States condones.

“This is no time for dialogue,” Vice President Pence said on Friday at a church filled with Venezuelan exiles in a suburb of Miami. “It is time to end the Maduro regime.”