Rescue workers and local residents watch the Wada River, which has been swollen due to heavy rain in Kagoshima. More than a million people in southwestern Japan are under evacuation orders due to torrential rains. 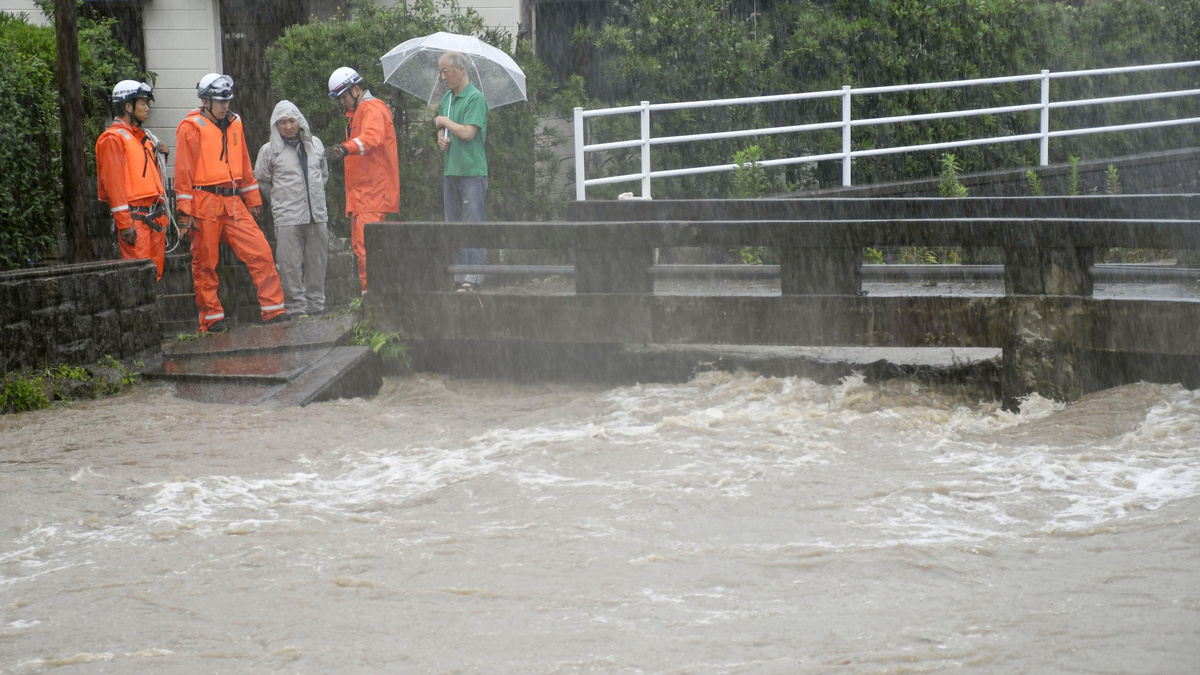 Rescue workers and local residents watch the Wada River, which has been swollen due to heavy rain in Kagoshima. More than a million people in southwestern Japan are under evacuation orders due to torrential rains.

Torrential rains have created dangerous conditions in southwestern Japan, prompting evacuation orders for more than 1.1 million people in the Kyushu region, according to state broadcaster NHK News. Officials are warning of the risk of flooding and mudslides.

Roughly half of Kyushu, the southernmost of Japan’s main islands, is under a warning or advisory for risks of landslides and heavy rain, according to the Japan Meteorological Agency. The flood warning covers a slightly smaller area.

As of early evening in Japan, authorities had issued evacuation orders for 1,123,000 people in parts of two prefectures: Kagoshima and Miyazaki. Evacuation advisories were issued for nearly 870,000 people in nearby areas, according to NHK.

The evacuations orders come as Kyushu and nearby regions have struggled to absorb persistent heavy rains that began late last week. Some areas have already surpassed record rainfall levels, and with more rain in the forecast, the ground could simply give way, Japan’s weather agency says.

“Rainfall in some parts of southern Kyushu has reached 1,000 millimeters [39 inches] since Friday,” NHK reports.

The governor of Kagoshima prefecture asked Japan’s Self-Defense Forces on Wednesday to dispatch a disaster team to help residents and emergency crews cope with landslides and floods, according to Japan’s Ministry of Defense.

The torrential rain comes from a phenomenon known as the Baiu front, which brings seasonal rains to most of Japan. In the current situation, the front has stalled out and is pouring water onto southern Japan, Japan’s weather officials say.

Historically, the rainy period usually lasts from early June to late July for Kyushu and areas to the north.