From Convict To Criminal Justice Reporter: ‘I Was So Lucky To Come Out Of This’ 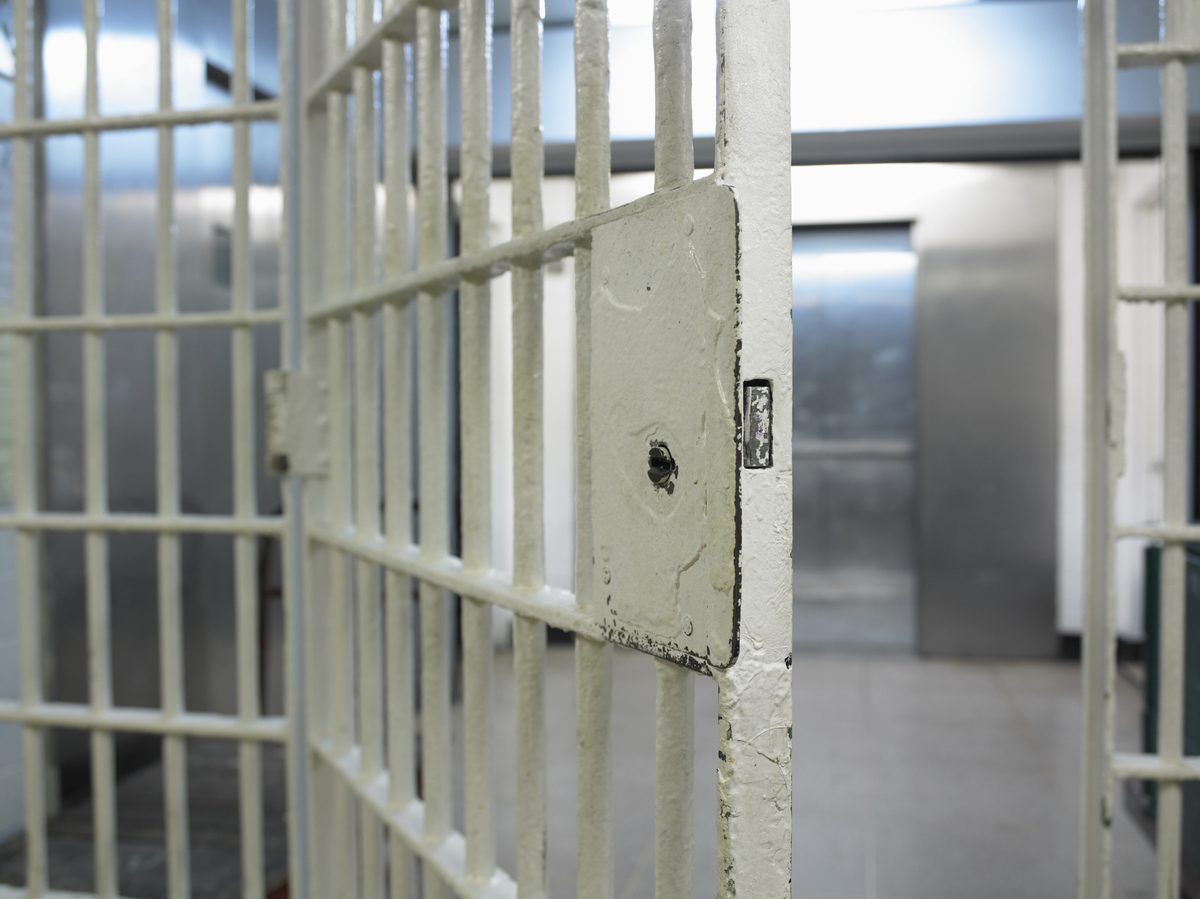 As a criminal justice reporter for the Houston Chronicle, Keri Blakinger has a special interest in covering the conditions of prisoners — in part because she spent nearly two years locked up in county and state correctional facilities herself.

Blakinger, who grew up in Lancaster, Pa., was a competitive figure skater, but when her skating partner left her when she was 17, things began to unravel.

“I couldn’t imagine a world other than skating,” she says. “And I fell apart and I started using drugs.”

Blakinger continued using drugs in college and once tried to kill herself by jumping off a bridge. In 2010, during her senior year at Cornell University, she was arrested with 6 ounces of heroin and sentenced to prison.

While incarcerated, Blakinger came to realized just how many inmates struggle with addiction and mental illness. After her release, she returned to Cornell, and eventually began a career as a criminal justice reporter. 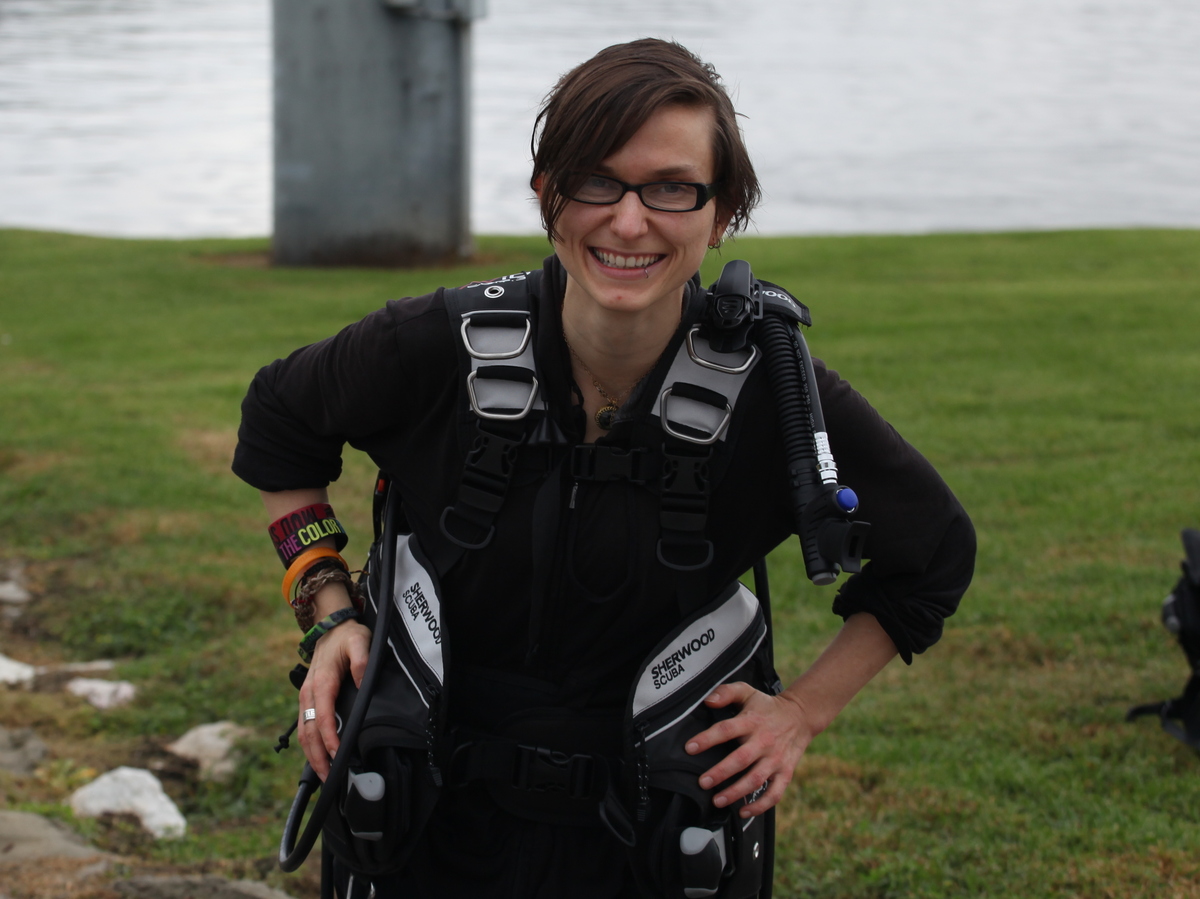 Blakinger’s reporting has led to several prison reforms, including a recent move to use 3D printers to provide dentures to prisoners in Texas.

When she saw the prisoner she had written about with his new teeth last week, Blakinger felt especially gratified: “It was a really cool moment for me. I’ve been in prison, I’ve struggled to get adequate medical care, I’ve struggled to get adequate dental care, and to go back and to so tangibly see the impact of a story in a way that’s impacted people in a position that I was in eight years ago, was just fabulous.”

On attempting suicide in college by jumping off a bridge

I actually fractured my back, but I was still able to get up and walk to the edge of the gorge. And by that time, there was a policeman at the top of the bridge and I may have turned around and given him the finger. And then seven or eight years later, I actually ran into him again, once I had become a reporter and I was covering the heroin epidemic, and I called the Ithaca police for comment on something and he was at that point the spokesman and he was like, “Oh, my God! Keri, do you remember me? I was there when you jumped off the bridge.”

On being arrested during her senior year at Cornell

I was walking down the street with a clear Tupperware container full of heroin, because apparently I didn’t even think I needed a backpack. I don’t know, I was very high. The police came up to me, and I tossed the drugs under a nearby car and I thought I was in the clear. I thought I was not going to get arrested at that point, and somebody saw me do that and … fished the Tupperware out from under the car and went over and gave it to the cops. …

I got arrested, and as I was getting arrested they were like, “Empty out your pockets.” And I emptied out my pockets and there was coke in one pocket, which I gave them, and then there was a bunch of pills in the other, which I ate, and the next two days were pretty foggy. I did a lot of drugs as I was being arrested and woke up from it all in jail, facing some pretty serious charges.

On seeing mental illness while she was incarcerated

At one point, I was in a bunk next to someone who had punched another girl in the bathroom for invading her dreams. She was in prison, in general population; she wasn’t even in a mental health unit. And there was another example that stood out to me was in the horticulture vocational class that I took when we were making Christmas wreaths, the instructor at one point stopped and looked at this one girl and was like, “Do not put the hot glue gun in your mouth.” At first I sort of laughed, but then I was like, “Oh, I think he’s saying that based on actual past experience.”

That’s a really stark example of who we’re willing to put in prison, because going into [prison] I had no idea that people like that would end up in prison — but they do, and a lot of them do, and the line for meds every morning is incredibly long.

On her experience in solitary confinement

I was just alone in this barren, neon white room with no clock, no sense of how long I would be there, almost no possessions, and I very quickly lost track of time. I felt like I was going in and out of being awake. It felt like being buried alive, and I didn’t think it would be that bad at all. I mean, I think I handled it worse than some people do, but I think in general people will think, “I like spending time alone. Solitary confinement is probably not that bad.” But no, it really was that bad. …

I wasn’t sure that I would be the same afterwards, and to be clear, I was only in there for a very short period of time, and some people do it for years and somehow come out in one piece. But for me, on the second day, I was plotting ways to kill myself. Could I stand on this sink and hit my head on the bed at the right angle? Could I bash my head into the wall? Could I slip a noose through this? … I do still have nightmares about it from time to time. It’s definitely something that has stuck with me.

On her investigation into toothless inmates in Texas

They weren’t giving people dentures and instead would offer to blend up regular mess hall food and put it in cups and give it to you. This has been their practice for about 15 years. Prior to 2003, 2004 they had a vocational program where the inmates would learn to make dentures and thus provide dentures for other inmates. But then that got cut in 2004 for reasons that were not entirely clear, and after that they drastically cut down the number of dentures that they were given out. …

I started putting in requests to get data to try to quantify these things. I put in requests to look at 20 years of policies to see how that had changed over time. I found some relevant lawsuits, and I started writing inmates being like, “Hey, tell all of your friends who need dentures to please write me.” And I did that over the course of almost a year, and one of the guys I ended up in touch with was David Ford, and he was at a prison that was close enough that I could visit, and he was from Harris County, so I decided to pay him a visit, and he was just an incredibly nice, incredibly positive guy. For someone who’s got a decent amount of time left to do and didn’t have any teeth, he was incredibly positive about life in general. …

After [the article] came out, a few weeks later the prison system decided they were going to change their policies and make dentures more broadly available and that they were going to create a dentures clinic at one of the units and hire a dentist. That was great, and then I found out … the way that they’re going to do this in an affordable manner is by 3D printing dentures on-site. … When I went to visit [David Ford next], he had teeth.

I’ve been so privileged in so many ways to end up with hope and second chances and a happy ending. … A lot of people don’t have that, and I wish that more did.

I wasn’t quite as cognizant of it at the time, but after I got out and started seeing the numbers and realizing how this plays out more broadly, that minorities are more likely to be arrested, they’re more likely to be getting sent to prison, and then once they’re in there, in New York anyways, minorities are more likely to get put in solitary confinement. And then, of course, you get out and minorities are going to have a harder time getting a job with a felony. Every step of the process, being white, being educated, having the background I did, it’s all helped to make it possible for me to have a second chance that not everyone has, or at least not everyone has as easily. …

I was so lucky to come out of this, and I’ve been so privileged in so many ways to end up with hope and second chances and a happy ending. … A lot of people don’t have that, and I wish that more did.

Amy Salit and Mooj Zadie produced and edited the audio of this interview. Bridget Bentz, Molly Seavy-Nesper and Scott Hensley adapted it for the Web.