President Donald Trump speaks during an August 2018 fundraiser in Charlotte, N.C. As president, Trump has embraced high dollar fundraising events that he criticized while running for office. 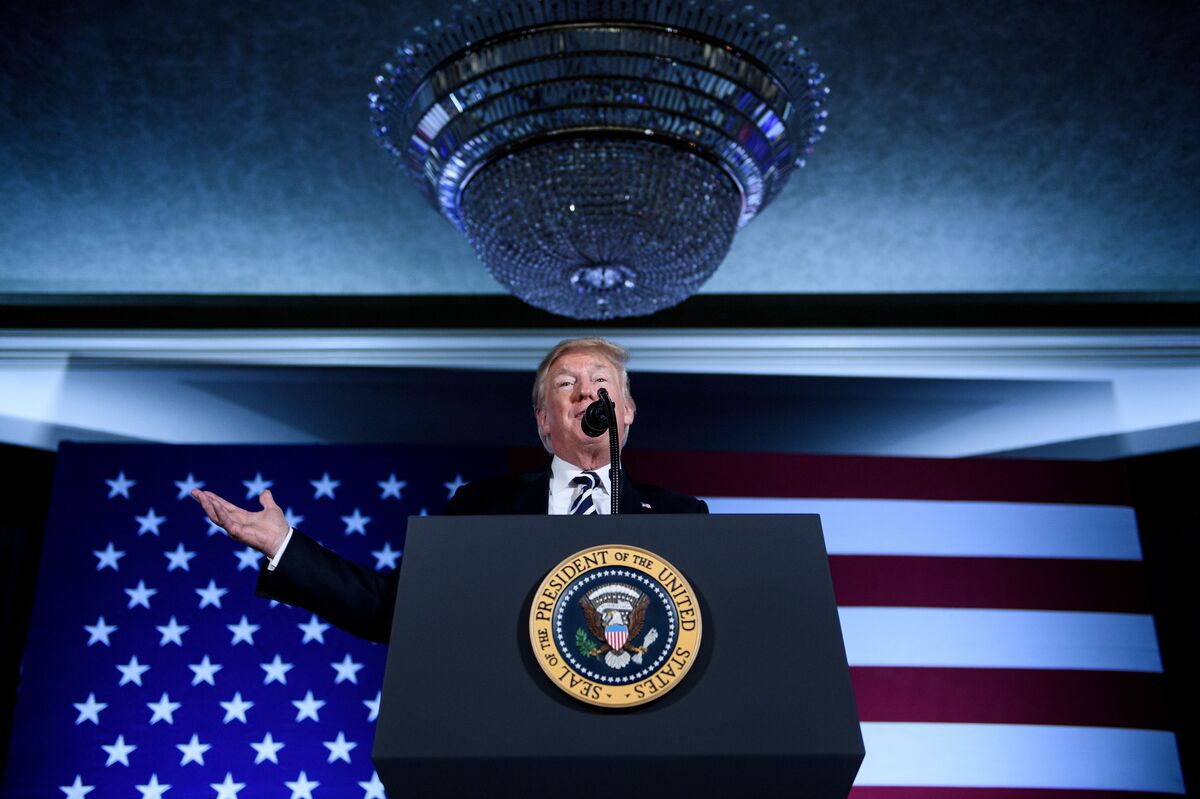 President Donald Trump speaks during an August 2018 fundraiser in Charlotte, N.C. As president, Trump has embraced high dollar fundraising events that he criticized while running for office.

It sounds a lot like how Jeb Bush and Hillary Clinton ran their campaigns.

Lapels pins, exclusive retreats, private conference calls with party leaders, special invitations to leadership dinners. Those are just a few of the perks that President Trump’s re-election campaign is offering to supporters who help gather donations from others, a practice known as bundling.

It’s a traditional turn for incumbent presidents and the Trump campaign’s version of it is aimed at establishment Republican donors. But it’s yet another sign that the Trump 2020 re-election effort is far different from his long-shot run in 2016.

As an unlikely candidate, Trump boasted that his scrappy campaign was funded by a combination of his own money and thousands of small dollar donations. And he criticized his opponents’ dependence on deep-pocketed donors.

“Now, a guy like Jeb Bush or any of these guys – they’re all controlled by the people who gave them the money,” said Trump during a campaign stop in Iowa in January 2016 during the GOP presidential primary.

At the time, backing Trump’s campaign financially wasn’t seen as a particularly good investment for some traditional big donors. Now that he’s the president, the calculus is different for many potential donors.

There are plenty of signs that Trump’s relentless focus on fundraising since his inauguration is helping him build a formidable political organization. In the last quarter, the Trump campaign and affiliated committees raised more than $30 million and his campaign already has piled away $40 million in cash in advance of the 2020 election.

“…every Scaramucci in five boroughs…”

Even after he became the party’s nominee, the reality for Trump was that there were a lot of traditional Republican donors who simply wouldn’t support him.

Anthony Scaramucci, who was on the Trump campaign national finance committee, remembers a fundraiser at a fancy restaurant in Midtown Manhattan in June 2016.

Anthony Scaramucci in a 2017 file photo. Scaramucci, who was briefly the White House communications director, said he had a lot of trouble getting wealthy Republicans to donate to President Trump’s insurgent 2016 campaign. 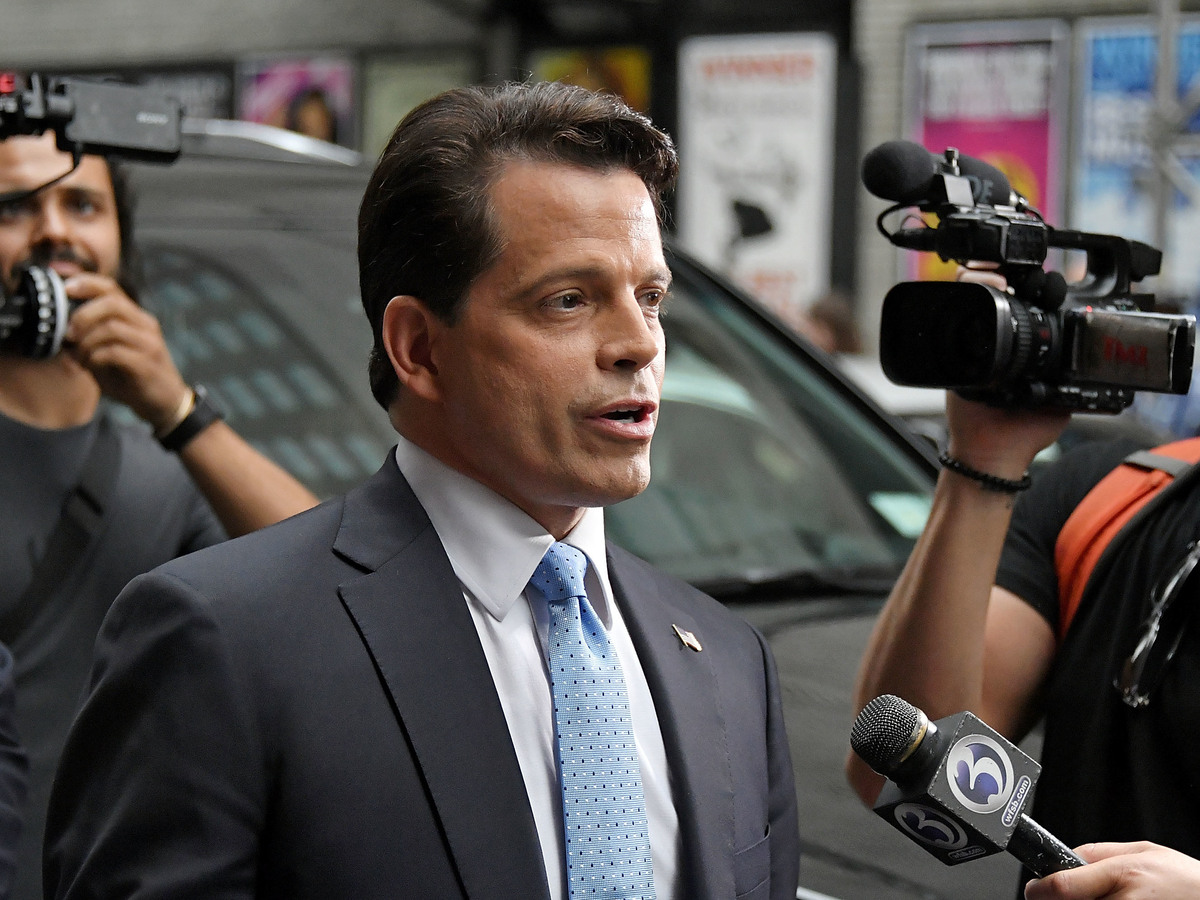 Anthony Scaramucci in a 2017 file photo. Scaramucci, who was briefly the White House communications director, said he had a lot of trouble getting wealthy Republicans to donate to President Trump’s insurgent 2016 campaign.

“We couldn’t fill the place, so I was calling every Scaramucci in five boroughs and the five-state metropolitan area,” said Scaramucci. “I mean, every one of my relatives has a picture with Trump.”

He pulled out his phone, swiping through pictures of his relatives posing with Trump. There were a lot of Scaramuccis.

In 2012, Scaramucci helped raise money for the GOP nominee, Mitt Romney, and the plan was to hit up many of the same donors for Trump.

Compared to Hillary Clinton (with her “Hillblazers”) and previous Republican nominees, Trump’s ability to raise large dollar donations was downright anemic in 2016. An NPR analysis finds Clinton had more than 50,000 donations at the maximum allowed under federal law, Romney had more than 70,000 maxed-out donations, and Trump in 2016 without a bundler program had just 8,000 such donations.

“The campaign has been very welcoming”

Jack Oliver was one of those reliable Republican donors who didn’t give to Trump. He was the national finance chairman for President George W Bush’s campaign in 2000, and held top fundraising roles at the Republican National Committee and Jeb Bush’s presidential campaign. But with Trump as the nominee in 2016, he sat out the general election.

Now, Oliver is back in the fold and advising the Trump campaign on its bundling program, an effort to scoop up as many $2,800 checks (the current maximum donation to a campaign) as possible.

As Oliver sees it, the stakes are higher now that Trump has signed a major tax cut, been slashing regulations and is putting conservative judges on the federal bench.

“That very clear, crystal clear choice is going to get a lot of people who might have been on the sidelines in 2016 to consider the importance of engaging in the 2020 campaign,” said Oliver who mentioned Democratic candidates Elizabeth Warren and Bernie Sanders and the Green New Deal.

After Trump’s victory in November 2016, Scaramucci said they had another fundraiser at the same restaurant as the first fundraiser to raise money for the transition.

Scaramucci said it sold out and the place was packed with donors who didn’t share his last name.

Oliver will be at the Trump hotel for the kickoff event. Those expected to attend include people who have already pledged and are fundraising toward their goals, as well as people who bundled for past Republican presidential campaigns and will be asked to join the Trump 2020 effort.

The program is modeled after George W Bush’s successful bundling programs from 2000 and 2004.

In other words, it isn’t 2016 anymore. Recreating Trump’s win, or even expand into other states as the campaign says it intends to do, will take a lot more money.

“There’s a recognition that we’re going to need a lot of capital to build the ground game that we want, and we have that opportunity now,” said Ronna McDaniel, the Republican Party chairwoman. It’s an opportunity to get more people like Jack Oliver writing checks again. McDaniel said she just met two never Trumpers in Texas, who said now they are with Trump all the way.

The campaign isn’t saying how many bundlers it hopes to have or how much it hopes to raise through the program, though it has lower pledge levels than Clinton and Jeb Bush did for their bundler programs.