A food pantry client adds a carton of yogurt to her cart at the food pantry at Jewish Family Services in Denver, Colo. 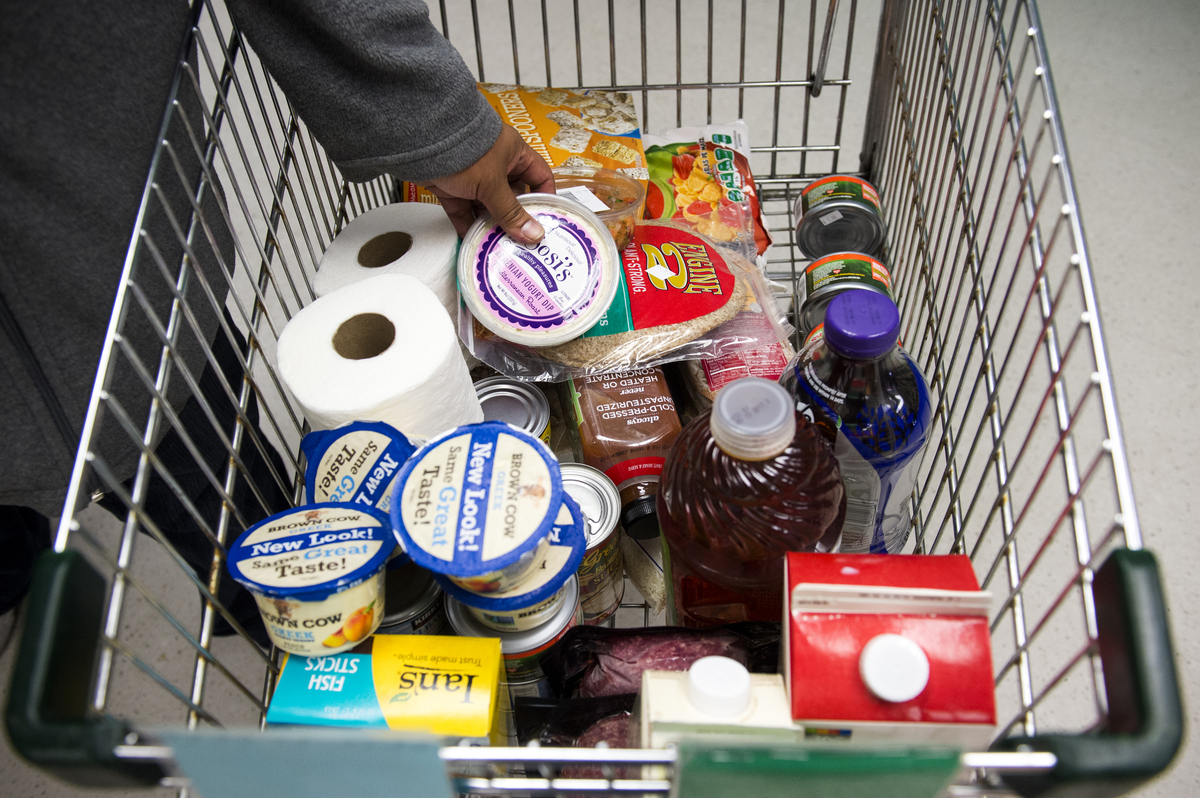 A food pantry client adds a carton of yogurt to her cart at the food pantry at Jewish Family Services in Denver, Colo.

Millions of families in the U.S. struggled to get enough food to eat last year, but conditions appear to be getting better as the economy improves.

In a new report released Wednesday, the U.S. Department of Agriculture says that about 11 percent of households — just over 14 million — had trouble putting enough food on the table last year and that in about 4 percent of households, someone went hungry because there was not enough money to buy food.

While the numbers are high, they have steadily dropped in recent years and the government says that the level of what it calls food “insecurity” is finally back to where it was before the Great Recession began in 2007.

“That’s good news,” says Rachel Merker of First Focus, a group that advocates for children and families. But she and other anti-hunger advocates worry that the new numbers will be used to justify cuts in government aid. They say that hunger is still a problem, especially among certain vulnerable groups. “It’s important to note that children are disproportionately living in food insecure households,” Merker says.

For the most part, children are shielded from food shortages because adults often miss meals to ensure that the younger members of the household have enough to eat. But the report — which is put out each year by the USDA’s Economic Research Service — found that 15 percent of children lived in food-insecure households last year. And it found that as many as 540,000 children actually missed meals or went hungry because of a lack of food.

The numbers are based on an annual survey conducted by the Census Bureau, which asks individuals about difficulties they encountered getting enough food to provide balanced meals for all members of the household and whether anyone was forced to cut back on meals or go hungry during the year.

The decline in the number of food-insecure households comes as the Trump administration has proposed tightening eligibility for some food aid programs, such as the Supplemental Nutrition Assistance Program, also known as food stamps.

The administration argues that a stronger economy means that more recipients should be able to find jobs and be less reliant on government help. Among other things, the Trump administration has proposed new work requirements for single, able-bodied adults, a change that critics say could cost 750,000 SNAP recipients their benefits because they will be unable to meet the requirements.

The administration also wants to eliminate the flexibility states now have to raise certain asset and income levels that cannot be exceeded in order to qualify for food stamps. The rule change, if implemented, could end benefits for about 3 million people, according to the USDA.

Critics of Trump’s proposals argue that more people will go hungry if they do not continue to get help. More than half of all food-insecure households reported that they received SNAP benefits or participated in other government nutrition assistance programs last year.

“If these proposed changes go into effect, there is a very real risk that this positive progress will be eroded by policy changes that penalize the poor and make it harder to feed our children,” said Lisa Davis, senior vice president of Share Our Strength, an anti-hunger advocacy group.

Advocates are also worried about the impact of another Trump proposal, which would make it difficult for immigrants to get green cards or extended visas if they use public benefits, such as food stamps. Social service providers have already reported a drop in immigrant families — including those with U.S. citizen children — using such programs for fear of the impact it will have on their status.