Supporters of California’s sanctuary laws rally outside a San Francisco courthouse in 2017. 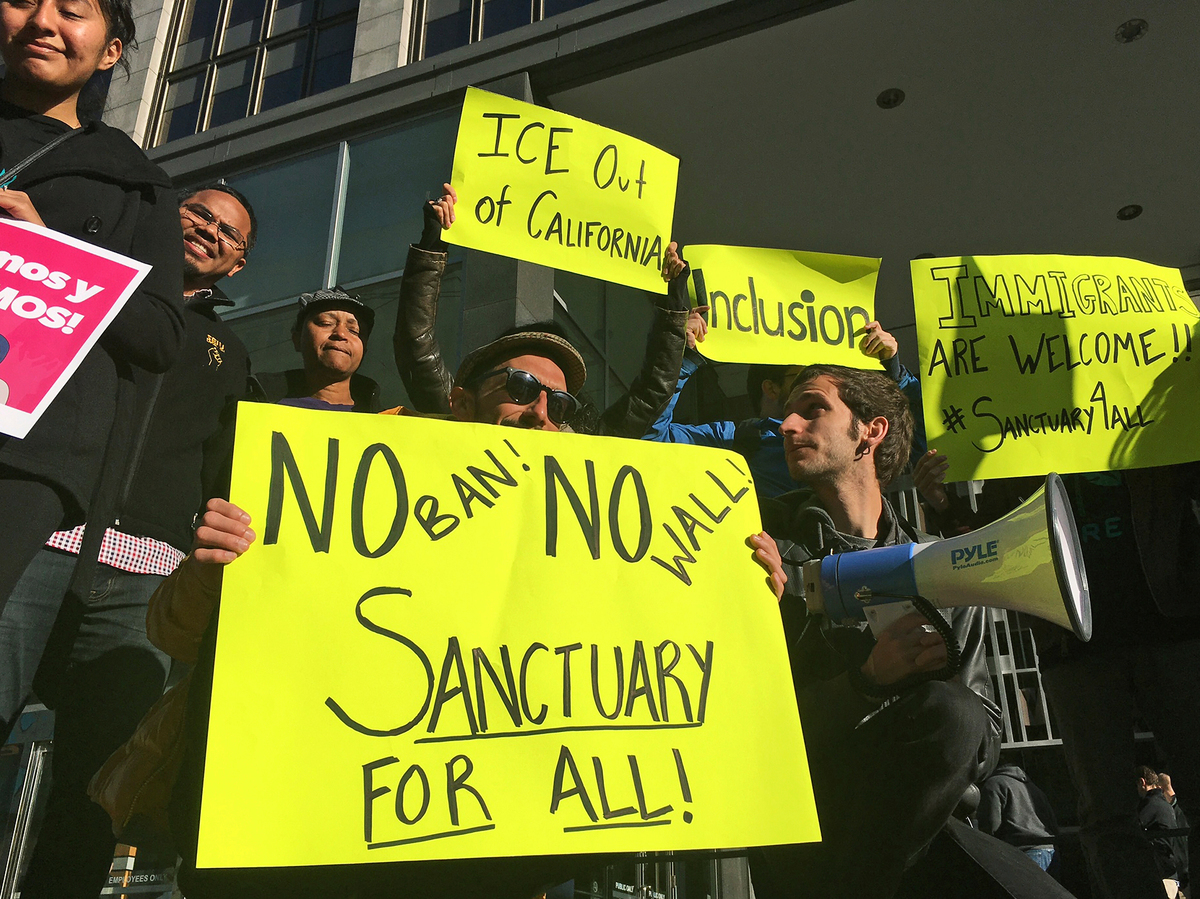 Supporters of California’s sanctuary laws rally outside a San Francisco courthouse in 2017.

A federal appeals panel has upheld California’s controversial “sanctuary state” law, ruling that the measure does not impede the enforcement of federal immigration laws in that state.

A three-judge panel of the U.S. 9th Circuit Court of Appeals, in a unanimous decision, found that the state law, known as SB 54, limiting cooperation between state and local law enforcement and federal immigration authorities does not conflict with federal law.

The judges said they “have no doubt that SB 54 makes the jobs of federal immigration authorities more difficult.” But “California has the right … to refrain from assisting with federal efforts.”

The decision upholds a lower court ruling issued in July 2018.

The appeals panel upheld both of those laws, although it blocked a subsection of the inspection law that gave state authorities jurisdiction to examine the circumstances surrounding the apprehension and transfer of immigrant detainees.

“We continue to prove in California that the rule of law not only stands for something but that people cannot act outside of it,” Becerra said in a statement.