Spravato, the brand name for esketamine, a newly approved option for treatment-resistant depression. 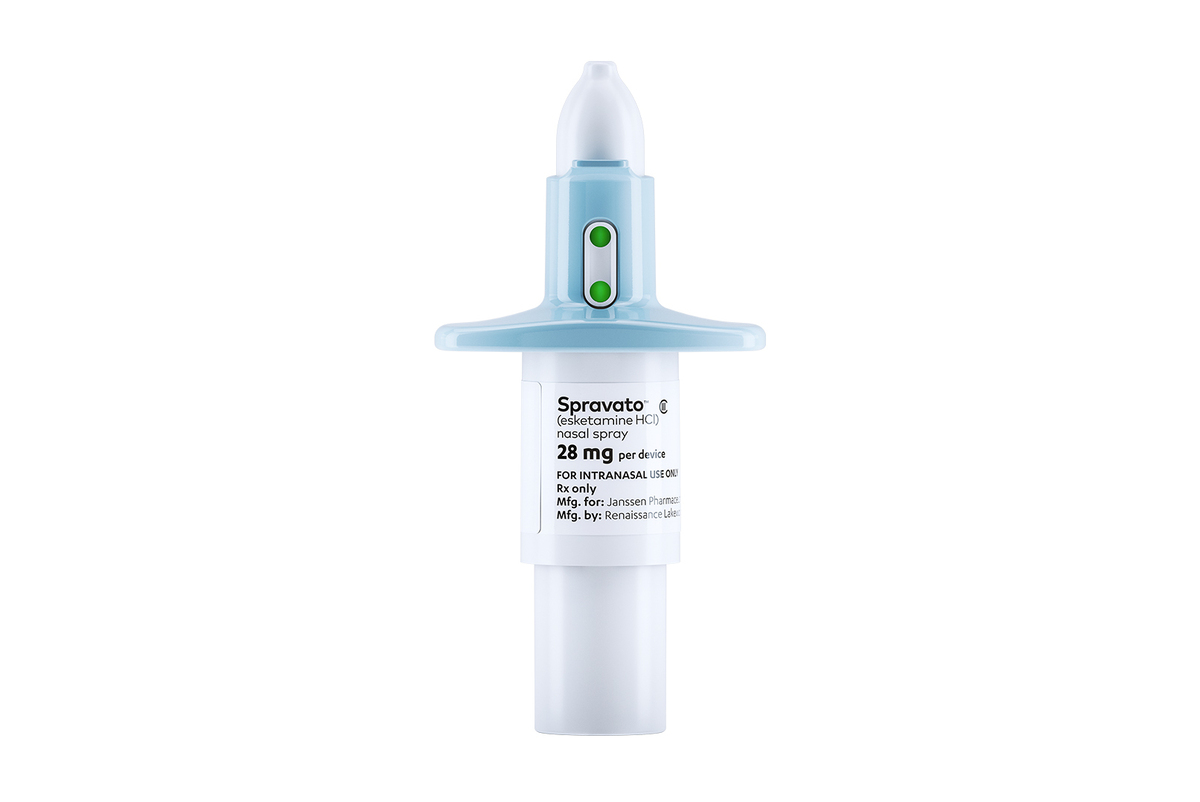 Spravato, the brand name for esketamine, a newly approved option for treatment-resistant depression.

The Food and Drug Administration approved the first drug that can relieve depression in hours instead of weeks.

Esketamine, a chemical cousin of the anesthetic and party drug ketamine, represents the first truly new kind of depression drug since Prozac hit the market in 1988.

The FDA’s decision came Tuesday, less than a month after a panel of experts advising the agency voted overwhelmingly in favor of approval.

“There has been a long-standing need for additional effective treatments for treatment-resistant depression, a serious and life-threatening condition,” said Dr. Tiffany Farchione, acting director of the Division of Psychiatry Products in the FDA’s Center for Drug Evaluation and Research, in a press release about the decision.

“This is potentially a game changer for millions of people,” said Dr. Dennis Charney, dean of the Icahn School of Medicine at Mount Sinai in New York. “It offers a lot of hope.”

Esketamine works through a mechanism different from those of drugs like Prozac, Charney said. And that is probably why studies show it can often help people with major depressive disorder who haven’t been helped by other drugs.

“Many of them are suicidal,” Charney said. “So it’s essentially a deadly disease when you haven’t responded to available treatments and you’ve been suffering for years if not decades.”

Charney was part of the team that first showed two decades ago that ketamine could treat depression. He also is named as co-inventor on patents filed by the Icahn School of Medicine relating to the treatment for treatment-resistant depression, suicidal ideation and other disorders.

Esketamine, developed by Johnson Johnson, will be administered as a nasal spray and be used in conjunction with an oral antidepressant. It will be marketed under the brand name Spravato. The FDA has approved it for patients who have failed to respond adequately to at least two other drugs.

That means about 5 million of the 16 million people in the U.S. with major depression might benefit from esketamine, said Courtney Billington, president of Janssen Neuroscience, a unit of Johnson Johnson.

But esketamine presents some challenges because of its similarities to ketamine. In high doses, both drugs can cause sedation and out-of-body experiences. And ketamine, often called Special K in its illicit form, has become a popular party drug.

So Johnson Johnson is taking steps to make sure esketamine will be used only as intended, Billington said.

“Spravato will not be dispensed directly to a patient to take at home,” he said. “It will only be available in approved and certified treatment centers.”

Patients will inhale the drug under supervision at these centers once or twice a week. And they will receive a dose that is unlikely to produce side effects such as hallucinations.

“The amount of active ingredient that’s in this product, it’s at a very, very low dose,” Billington said.

Even so, the FDA, according to its press release, is requiring a warning label that says patients “are at risk for sedation and difficulty with attention, judgment and thinking (dissociation), abuse and misuse, and suicidal thoughts and behaviors after administration of the drug,”

Esketamine’s approval comes as more and more doctors have begun administering a generic version of ketamine for depression. Generic ketamine is approved as an anesthetic, not as an antidepressant. Even so, doctors can legally prescribe it for off-label medical uses.

And as a growing number of studies have shown ketamine’s effectiveness against depression, ketamine clinics have sprung up around the United States. These clinics often administer the drug in an intravenous infusion that can cost more than $500 per treatment.

Many doctors who have become comfortable offering ketamine for depression probably won’t switch to esketamine, said Dr. Demitri Papolos, director of research for the Juvenile Bipolar Research Foundation and a clinical associate professor at Albert Einstein College of Medicine.

For the past 10 years, Papolos has been prescribing an intranasal form of ketamine for children and adolescents who have a disorder that includes symptoms of depression.

“I’m very pleased that finally the FDA has approved a form of ketamine for treatment-resistant mood disorders,” Papolos said. He said the approval legitimizes the approach he and other doctors have been taking.

But he hopes that doctors who are currently using ketamine continue to do so. “It’ll be a lot less expensive and a lot easier for their patients [than esketamine],” he said.

Esketamine “may not be as effective as a generic that any psychiatrist or physician can prescribe without restrictions,” Papolos said.

It’s not clear yet how much esketamine will cost. But the FDA-approved antidepressant is likely to have one advantage over its generic cousin: Treatment will be covered by insurers.