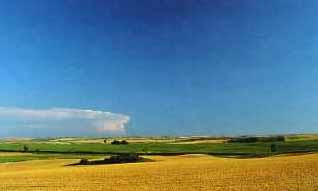 One of North Dakota’s leading businessman and innovators, his vision and leadership led Great Plains Software to international presence, an initial public offering and a $1.1 billion acquisition by Microsoft Corporation .
Doug Burgum is a visionary who led Great Plains Software to international presence, an initial public offering in 1997 and a $1.1 billion acquisition by Microsoft Corporation in 2001.
Under Mr. Burgum’s leadership, Great Plains was named four times to FORTUNE magazine’s list of “100 Best Companies to Work for in America,” a distinction also held by Microsoft Corporation during his tenure there as senior vice president.
He has established the Doug Burgum Family Fund, which focuses its charitable giving on youth and education. He currently serves on the advisory council for the Stanford Graduate School of Business and is co-founder and chairman of Arthur Ventures, a technology venture fund. He serves on the board of directors for Arthur Companies, Inc., a privately-held diversified agribusiness, and for SuccessFactors, Inc., one of the fastest growing public software companies and the leading provider of on-demand employee performance and talent management solutions.
In 2006, Mr. Burgum founded the Kilbourne Group, whose mission is to save and restore historic buildings in downtown Fargo, North Dakota through green initiatives.
[ + ] Read More
Dr. Joseph A. Chapman

North Dakota State University’s 13th president, noted for his ability to coordinate collaborative efforts and his commitment to e nhance and integrate research programs.
Joseph A. Chapman took over his duties as North Dakota State University’s 13th president in June 1999. Noted for his ability to coordinate collaborative efforts and his commitment to enhance and integrate research programs, Chapman has guided the university to its current “Research Universities (high research activity)” ranking in the Carnegie Foundation’s classification system.
Under Chapman’s leadership, research expenditures exceed $100 million. This more than doubles the amount spent in 1999 when Chapman came to NDSU, and makes NDSU the largest research enterprise in North Dakota, South Dakota, Wyoming, Montana and Idaho. He sought partnerships from the private sector to enable expansion of NDSU’s Research and Technology Park—partnerships that almost immediately generated results.
In addition, Chapman’s goal of 12,000 enrolled students was met in fall 2005, and doctoral degree programs have increased from 18 in 1999 to 38 in 2005. He is the recipient of the 2006 North Dakota Chamber of Commerce Greater North Dakotan Award, and the National Association of Student Personnel Administrators prestigious national President’s Award in 2005.
Chapman earned his bachelor’s degree, master’s degree and doctorate from Oregon State University, Corvallis. He lists 11 books and editorships, eight monographs, 31 book chapters and symposia proceedings, 67 journal publications and more than 100 reports and popular articles.
Joseph and Gale Chapman have two daughters, Valerie and Jennifer.
[ + ] Read More
Senator Byron L. Dorgan

Currently serving a third term in the U.S. Senate. In November 2004, re-elected with nearly 70 percent of the vote after serving two previous terms in the Senate and six terms in the U.S. House of Representatives
Byron L. Dorgan was re–elected to a third term in the U.S. Senate in November 2004 with nearly 70 percent of the vote after serving two previous terms in the Senate and six terms in the U.S. House of Representatives.
Since 1996, he has served in the Democratic Leadership as an Assistant Democratic Floor Leader, and since 1998, also as Chairman of the Senate Democratic Policy committee. He is the first North Dakotan to serve in the Senate Leadership.
In addition, Senator Dorgan serves on four other Senate Committees. He is Chairman of the Indian Affairs Committee, Chairman of the Energy & Water Appropriations Subcommittee within the Appropriations Committee. Also, he is Chairman of the Energy Subcommittee within the Energy & Natural Resources Committee, and he is a senior member of the Commerce, Science and Transportation Committee where he chairs the Interstate Commerce, Trade and Tourism Subcommittee.
Throughout his career in both the House and Senate, Senator Dorgan has worked to advance the interests of rural America. Top priorities have been creating good–paying jobs and greater economic opportunity in North Dakota.
Senator Dorgan conceived and created the Red River Valley Research Corridor, an effort to connect North Dakota’s world class colleges and universities to federal high tech research and training efforts. The effort not only strengthens the nation, but also expands economic growth in North Dakota by bringing high tech federal research and training projects to North Dakota’s institutions of higher learning.
Using his position on the Senate Appropriations Committee, Senator Dorgan has secured more than $480 million in federal funding for Research Corridor projects. The funding has created or expanded world class research centers, attracted high tech companies, and created good-paying jobs in North Dakota.
Through Senator Dorgan’s Research Corridor investments, North Dakota has advanced to become the fastest growing state in federal research and development, according to the National Science Foundation. The Milken Institute’s 2008 State Technology and Science Index study reported North Dakota’s “meteoric rise” in technology, research and development, as the state moved up 14 positions in four years.
A 2006 study found that, since its creation in 2002, the Red River Valley Research Corridor has generated $759 million in positive economic impact and added thousands of jobs to the regional economy.
Senator Dorgan is also working to position North Dakota to play a vital role in the nation’s effort to achieve energy independence by reducing the nation’s dependence on foreign oil. He has aggressively supported further oil production in North Dakota. Earlier this year, he asked the U.S. Geological Survey to conduct an up-to-date study regarding the Bakken Shale Formation, which is thousands of feet underneath western North Dakota and eastern Montana. Their study found up to 4.3 billion barrels of technically recoverable oil. He is working to make significant long–term investment in renewable fuels, such as bio–fuels, wind energy and ethanol. He is also working to develop clean coal technology, increase energy efficiency, and the use of hydrogen.
Senator Dorgan is the author of the New York Times bestseller, Take This Job and Ship It: How Corporate Greed and Brain–Dead Politics Are Selling Out America. This book, released in July of 2006, makes the case that exporting American jobs is a flawed long–term economic strategy that is turning into an economic disaster.
Senator Dorgan was raised in the farming community of Regent, North Dakota. His family worked in the farm equipment and petroleum business and raised cattle and horses. He graduated from a high school class of nine students. He is married to Kim Dorgan and has four children: Scott, Shelly (deceased), Brendon and Haley.
He received his Bachelor of Science degree from the University of North Dakota and earned his Master of Business Administration (MBA) from the University of Denver. He later worked for a Denver–based aerospace firm.
Senator Dorgan’s public service career began at age 26, when he was appointed to the office of State Tax Commissioner in North Dakota. He was the youngest constitutional officer in North Dakota’s history. He was re–elected to that office by large margins in 1972 and 1976, and was chosen one of “Ten Outstanding State Officials” in the United States by the Washington Monthly magazine.
[ + ] Read More
Dean Kamen

Founder and president of DEKA Research & Development Corporation; Time Magazine has called him the modern day “Thomas Edison”. He holds more than 440 patents, including the first wearable insulin pump for diabetics and the widely recognized two-wheeled human transport device called the Segway.
Dean Kamen is an inventor, entrepreneur and tireless advocate for science and technology. He is the founder and president of DEKA Research & Development Corporation, where he develops internally-generated inventions and provides research and development for major corporate clients. He holds more than 440 U.S. and foreign patents for innovative devices that have expanded the frontiers of healthcare worldwide.
His many notable inventions include the first wearable insulin pump for diabetics, the HomeChoice™ portable peritoneal dialysis machine, the INDEPENDENCE® IBOT® Mobility System, and the Segway® Human Transporter.
Among Mr. Kamen’s proudest accomplishments is founding FIRST (For Inspiration and Recognition of Science and Technology), an organization dedicated to motivating the next generation to understand, use and enjoy science and technology.
Mr. Kamen was elected to the National Academy of Engineering in 1997, received the Heinz Award in 1998, and was awarded the National Medal of Technology in 2000. He received the Lemelson-MIT Prize in 2002 and was inducted into the National Inventors Hall of Fame™ in May 2005.
[ + ] Read More
Dr. Robert Kelly