FACT CHECK: Can Trump Use Emergency Powers To Build The Wall?

President Trump’s border wall prototypes are seen from Tijuana in Baja California state, Mexico, on Monday. Trump has said he may invoke emergency powers to build a border wall if Congress doesn’t agree to his demand for funding. 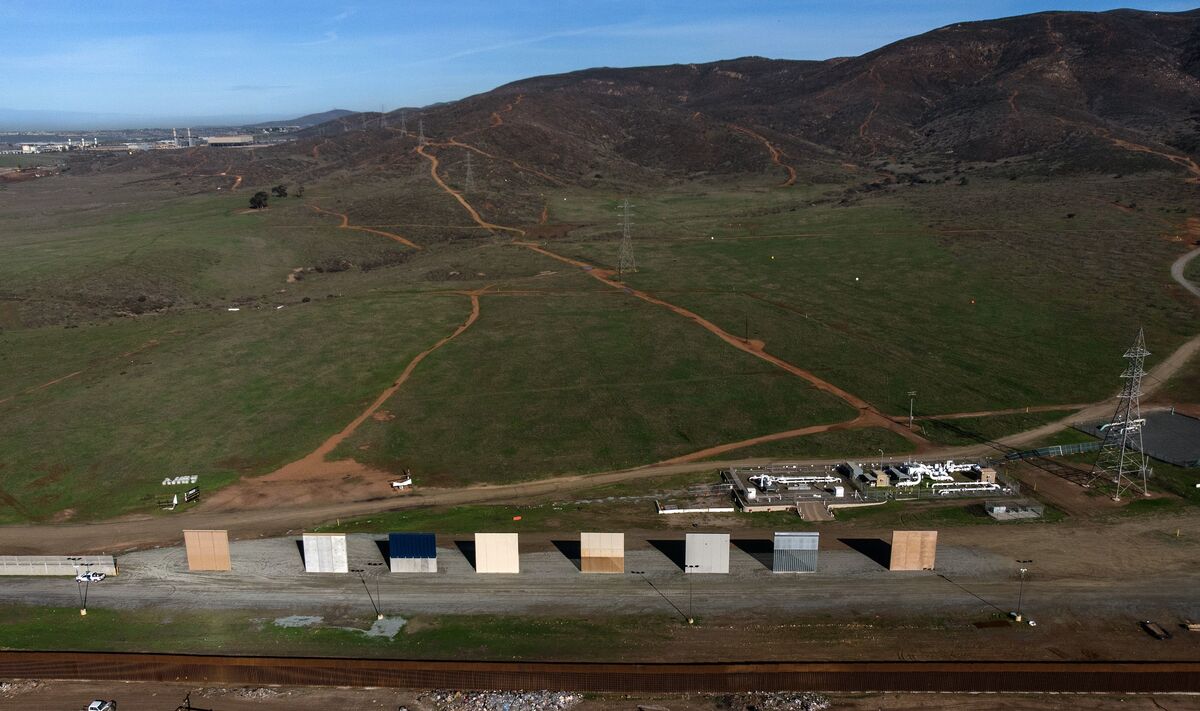 President Trump’s border wall prototypes are seen from Tijuana in Baja California state, Mexico, on Monday. Trump has said he may invoke emergency powers to build a border wall if Congress doesn’t agree to his demand for funding.

President Trump has suggested that he might resort to using “emergency” powers to build his border wall if he is not able to reach agreement on funding with congressional Democrats.

The president does have broad powers to act in a crisis situation, but those powers are not unlimited. And critics say Trump should be careful about invoking them in this instance.

Here are five facts about Trump’s emergency powers and the border wall.

1. What are a president’s emergency powers?

“Declaring the emergency is pretty easy,” said Elizabeth Goitein, co-director of the Liberty and National Security Program at the Brennan Center for Justice. “There aren’t a lot of legal limits on his ability to do that, frankly, even if there isn’t a real emergency happening.”

2. What say does Congress have?

In the mid-1970s, Congress passed a law designed to provide some check on the president’s power while also preserving flexibility to act in an emergency. The National Emergencies Act requires the president to notify Congress when an emergency is declared and to list the powers that are being invoked. The law requires the administration to provide regular updates to Congress, and allows lawmakers to terminate an emergency if both House and Senate vote to do so.

3. Would congressional critics have a recourse if Trump invoked emergency powers?

Congress could reject the president’s emergency declaration with a vote in both the House and Senate. But the Republican-controlled Senate seems unlikely to take that step. Instead, critics would very likely pursue a legal challenge.

“I think the president would be wide open to a court challenge saying, ‘Where’s the emergency?’ ” Rep. Adam Smith, D-Wash., chairman of the House Armed Services Committee, told ABC.

Goitein also cautioned that a resort to emergency powers in the current situation — in the midst of a standoff with lawmakers that has produced a partial government shutdown — could be considered an abuse of the president’s power.

“Emergency powers are intended to be used for emergencies, not to settle political disputes or to shortcut the political process,” Goitein said.

4. What is the emergency?

The president has described the situation on the U.S.-Mexico border as both a humanitarian and national security crisis.

The administration has also raised the specter of terrorists crossing the border, although many of these claims are overblown.

What has happened on the border in recent months is a surge of Central American families seeking asylum. U.S. law and and court orders make it difficult to quickly deport these families or detain them for an extended period while their asylum claims are adjudicated.

Trump has insisted since the 2016 campaign that a physical barrier along the U.S. border with Mexico is the solution to what he sees as a crisis.

“Walls work,” the president wrote in a letter to lawmakers last week. “That’s why rich, powerful, and successful people build them around their homes. All Americans deserve the same protection.”

Critics say the president’s faith in a wall is misplaced.